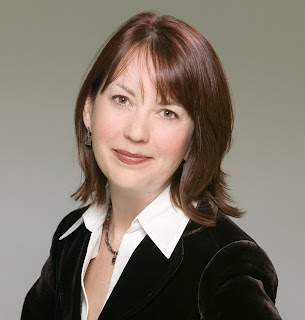 Hi, Darcyholics!  I am happy to welcome Lori Smith, author of The Jane Austen Guide to Life, to Darcyholic Diversions today.  It has been great to get to know a wide variety of Austen inspired authors, including some of those who are non-fiction authors such as Lori.

I have had the pleasure of reading her book and found some treasures. My favorite chapter was 'Finding Joy and Laughter' as I dearly love to laugh myself.  With reminders such as 'Greet the World with Energy' and 'Don't Take Yourself Too Seriously', they merge with my personal philosophy of Living Life Looking for God's Gift in it.  Particularly appropriate today is her chapter on 'Enduring the Hardest Things'. In it she shares Jane Austen's sister Cassandra's experiences when Jane passed away, and as today--7/18--marks 195 years since she passed, it is a poignant reminder.

If you have not yet reviewed the updated information about the Decatur Book Festival Jane Austen:Then And Now, review the tabs above.  The deadline for authors registering to join us is July 31st.  We are up to 17 authors participating now! During the month of August we will be featuring many of the authors that are going to be at the event.

Comments on Lori's post will be entries into the monthly drawings here at Darcyholic Diversions.  Entries will be based on comments on blog posts; but additional chances will be given for joining this site, tweeting this post, Joining this site as a member via Google Friend Connect (GFC) (See the left hand column on the blog to join!), sharing this on Facebook or your blog, Friend me on Facebook, clicking 'like’ on Barbara Tiller Cole, Author's Facebook page, Join Darcyholic Diversions Facebook Page or following BarbTCole on Twitter.


Mr. Darcy Is Not Perfect

Mr. Darcy—forgive me for saying this—is not perfect.  And that’s what I love most about him. 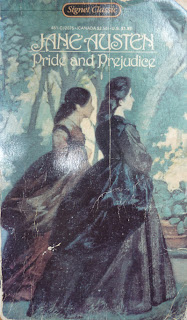 I fell in love with Darcy and with the world of Austen’s novels when I was a junior in college.  Even with lots of English classes, I had never been assigned Austen.  But over Christmas break, at my grandparents’ house in California, I picked up a copy of Pride and Prejudice at a used book sale and stayed awake late into the night with Darcy and Lizzy, Bingley and Jane, Lady Catherine and Mr. Wickham.  I was enchanted.

It would take years for me to work my way through all of Austen’s books, but I found that they simply weren’t enough. Like many of you, I got to the end of them after reading them all over and over and had nowhere left to go.  So I started reading biographies, and her wonderful, lively letters, and eventually left on my own pilgrimage to trace her life and writing through England. (Which I chronicled in A Walk with Jane Austen.) 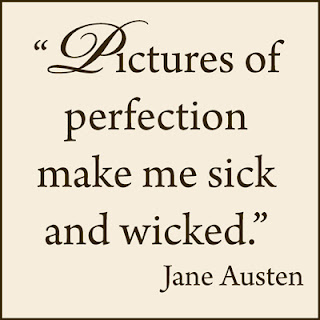 But while Darcy is ideal—He’s tall!  He’s handsome!  He’s rich!—he’s far, far from perfect.  We all know this.  He’s proud, and socially awkward, and what he says about Lizzy when he first meets her at the dance is downright rude.  “She is tolerable; but not handsome enough to tempt me . . .”  How dare he?  But he’s open to learning about his shortcomings, open to the painful realization that he is not entirely the gentleman he ought to be.  He’s willing to change.

All of Austen’s men are like this—far from perfect, but seeking to know themselves better, to ferret out their faults and become better men.  Captain Wentworth’s stubbornness, his pride, kept him from pursuing Anne for years, when she would have welcomed him back. “I was proud, too proud to ask again,” he says. “Six years of separation and suffering might have been spared.” Edward Ferrars, however faithful he may be, allowed himself to be snared at a young age by thoughtless, grasping Lucy Steele.  Edmund Bertram is so captivated by Mary Crawford’s beauty and spirit that he misses the fact that she nearly worships money and social standing, to the neglect of more important things.

And even if their characters are largely sound, one can imagine that Austen’s men are not entirely ideal.  Mr. Knightley has a tendency to be all business—he could not be said to be imaginative, or terribly romantic.  Colonel Brandon is not exactly dashing.  Mr. Bingley can probably be a little flighty, and Henry Tilney—well, maybe he is more difficult to criticize than the rest.

Austen wrote to her niece Fanny, responding to someone’s criticism that her characters were too flawed, “Pictures of perfection, as you know, make me sick and wicked.”  They do me, as well.  No perfectly chiseled, always gracious, ideal heroes for me.  Give me a guy like Austen’s men—charmingly or even glaringly imperfect, but willing to come face to face with his faults.

Sure, Austen gave us beautiful, maybe even impossible love stories.  As with Darcy and Elizabeth, the wonderfully rich and handsome guy falls for the spirited, intelligent, not-rich girl with few hopes of marrying well.  It’s a version of happily-ever-after.  But it’s no far-off fairy tale, because Austen’s men are always real. She set the bar high, but not too high. And that gives me hope of finding a guy very much like one Austen might herself have created. 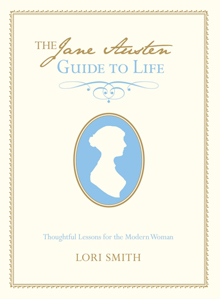 Lori Smith is the author of the recently-released The Jane Austen Guide to Life: Thoughtful Lessons for the Modern Woman. As a child, Lori’s mother had to pay her to read books.  So it’s a bit ironic that she now gets paid to write them.  Lori feels connections to Austen on many levels—as a writer, a single woman, an Anglican, and as someone struggling with a mysterious chronic illness. For her last book, A Walk with Jane Austen: A Journey into Adventure, Love, and Faith, Lori spent a month in England tracing Austen’s life and works. Readers voted to give that book the Jane Austen Regency World Award for best nonfiction.
Her writing has also appeared in Washington Post Book World, Publishers Weekly, Beliefnet.com, Skirt!, and Today’s Christian Woman.  Lori lives in Northern Virginia with her sweet but stubborn English lab, Bess.