Don Jacobsen Shares a Lost Scene From His Latest Book

A Character Interview of Lieutenant George Percival Wickham: A Lost But Now Found Outtake from The Exile: The Countess Comes to Longbourn 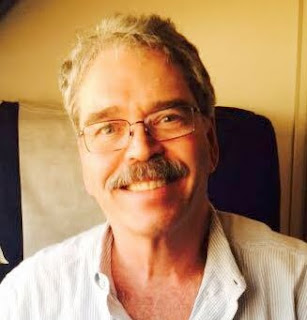 This character interview of Lieutenant George Percival Wickham has been composed in the form of a short vignette which, if it had been included in The Exile: The Countess Visits Longbourn, would have fallen within Chapter XXXIV of the book. © 2018 by Don Jacobson. Publication or other use of this work without the expressed written consent of the creator is prohibited. Published in the United States of America.

The Keeper: Mary Bennet’s Extraordinary Journey
Henry Fitzwilliam’s War
The Exile: Kitty Bennet and the Belle Époque
Lizzy Bennet Meets the Countess
The Exile: The Countess Visits Longbourn
[i] Editor of The Times of London from 1812 to 1816 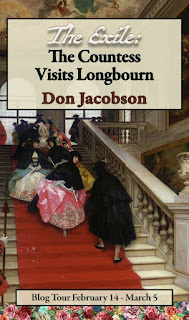 The Exile: The Countess Visits Longbourn

“I have been shaped by the events of over forty years. The world is a nasty place full of awful persons, Mr. Wickham, and does not get any lighter through complaining or blaming.”

The Countess: An Enigma? A Mystery? Or a young girl all-grown-up?

Kitty Bennet, the fourth daughter of the Master and Mistress of Longbourn, had spent far too long as the shadow of her youngest sister. The all-knowing Meryton chinwaggers suggested that young Miss Bennet needed education—and quickly.

How right they were…but the type of instruction Kitty Bennet received, and the where/when in which she matriculated was far beyond their ken. For they knew nothing of that remarkable piece of furniture which had been part of the lives of clan Bennet for over 120 years: The Bennet Wardrobe.

Forty-six years from when she left her Papa’s bookroom, the Dowager Countess of Matlock returned to that exact same moment in 1811 to tend to many important pieces of Family business.

In the process, Kitty Fitzwilliam helped her youngest sister find the love she craved with the hero who, as the Duke said, “saved us all.”

Who can resist the magic of time-travel? Pages of worldwide history rustle back and forth between Regency grand salons, Napoleonic battlefields and more recent conflicts as, guided by Don Jacobson’s masterful pen, the Bennet sisters grow as people and come into their own. ‘The Countess Visits Longbourn’ is a wonderful new instalment, and we cannot fail to revel in the excellent writing and the abundance of detail as the mysteries of the Wardrobe continue to unfold. This captivating series, that brings together real and much-loved fictional characters from all walks of life, is one to savour, and I will revisit it again and again.

Don Jacobson has written professionally for forty years.  His output has ranged from news and features to advertising, television and radio.  His work has been nominated for Emmys and other awards.  He has previously published five books, all non-fiction.  In 2016, he published the first volume of The Bennet Wardrobe Series—The Keeper: Mary Bennet’s Extraordinary Journey, novel that grew from two earlier novellas. The Exile is the second volume of The Bennet Wardrobe Series.  Other JAFF P&P Variations include the paired books “Of Fortune’s Reversal” and “The Maid and The Footman.”
Jacobson holds an advanced degree in History with a specialty in American Foreign Relations.  As a college instructor, Don teaches United States History, World History, the History of Western Civilization and Research Writing.
He is a member of JASNA-Puget Sound.  Likewise, Don is a member of the Austen Authors collective (see the internet, Facebook and Twitter).
He lives in the Seattle, WA area with his wife and co-author, Pam, a woman Ms. Austen would have been hard-pressed to categorize, and their rather assertive four-and-twenty pound cat, Bear.  Besides thoroughly immersing himself in the JAFF world, Don also enjoys cooking; dining out, fine wine and well-aged scotch whiskey.
His other passion is cycling.  Most days from April through October will find him “putting in the miles” around the Seattle area (yes there are hills).  He has ridden several “centuries” (100 mile days).  Don is especially proud that he successfully completed the AIDS Ride—Midwest (500 miles from Minneapolis to Chicago) and the Make-A-Wish Miracle Ride (300 miles from Traverse City, MI to Brooklyn, MI).

Readers may enter the drawing by tweeting once a day and daily commenting on a blog post or review that has a giveaway attached for the tour. Entrants must provide the name of the blog where they commented (which will be verified). If an entrant does not do so, that entry will be disqualified. Remember: Tweet and comment once daily to earn extra entries.
A winner may win ONLY 1 (ONE) eBook or Paperback of The Exile: The Countess Visits Longbourn by Don Jacobson. Each winner will be randomly selected by Rafflecopter and the giveaway is international.