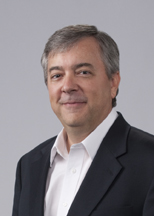 Hi, Darcyholics!  I am very happy to be welcoming back Jack Caldwell and being a part of his The Three Colonels book release blog tour.  I also owe Jack an amends for getting this post up MUCH later than intended today due to 'real life' commitments.  I invited Jack back when I heard of his book release.  But also because I really needed to get rid of Lady Catherine!  She has been creating havoc in the inner works of this blog!  :D Enjoy!

Comments on Jack’s post will be entered into a contest.  Sourcebooks will give away one (1) print copy AND one (1) e-copy of THE THREE COLONELS. You pick the winner and send me the info, and I’ll forward to Sourcebooks. NOTE: Print copy can only go to US and Canada.  As well you will have a chance to win in the monthly drawings as well.  Entries will be based on comments on blog posts; but additional chances will be given for joining this site, tweeting this post, Joining this site as a member!, sharing this on Facebook or your blog, Friend me on Facebook, clicking 'like’ on Barbara Tiller Cole, Author's Facebook page, Join Darcyholic Diversions Facebook Page or following BarbTCole on Twitter.

Secondly, to rid Darcyholic Diversions of one Lady Catherine de Bourgh, who was left wandering about this blog due to my last posting (http://darcyholic.blogspot.com/2012/01/jack-caldwell-guy-who-writes-jane.html).
Now don’t fret and keep your seats! I had Colonel Fitzwilliam come by and escort Lady Cat back to Rosings Park. She’s gone, I promise.
What’s that? Why Colonel Fitzwilliam and not Austen’s über-male, Mr. Darcy? Well, if you read THE THREE COLONELS, you’ll see why it has to be Fitz (huge plug #3).
Let’s get back to the book, starting with the title. Why THE THREE COLONELS? Why not two or four?
Well, the number three is one of those magic numbers. Everything seems to come in threes. Bad news. Clovers. Periods in hockey. Musketeers. So, if I was going to write about Jane Austen’s fighting men going to Waterloo, it made sense to use three of them.
The only problem is that Austen only had two colonels—Colonel Brandon of Sense and Sensibility and Colonel Fitzwilliam of Pride and Prejudice. Yes, yes, I know there’s a Colonel Forster in Pride and Prejudice, but he’s only a colonel of militia. I needed a real colonel, someone who had actually fought in a war. Forster wouldn’t do.
Now, I have no problem mashing the two novels together, as I’m known as the King of the Crossovers, but I needed a third colonel. So, I made one up—Colonel Sir John Buford.
Okay, so I have three colonels. Well, to paraphrase Austen, “It is a truth universally acknowledged that a single colonel, in possession of a good fortune, must be in want of a wife. If he’s as poor as a church mouse, he’d better marry for money.” Let’s take a look at our heroes:
·       Colonel Brandon – Already married, to the former Marianne Dashwood.
·       Colonel Fitzwilliam – Second son of an earl and needs something to live on. Hey, doesn’t his cousin, Anne de Bourgh, have money? Problem solved, except for one tiny little issue (more about that later).
·       Colonel Sir John Buford – Also a second son, but unlike Fitzwilliam, he has two thousand pounds a year. And he’s been described as a “Dark Darcy” (more about that later). That ought to be enough for Caroline Bingley. 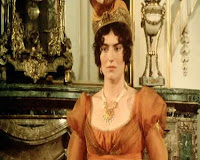 That’s right, folks—Caroline Bingley, the woman ladies love to hate, is one of the main characters in this little tale. Why did I pick her?
For a simple reason. Readers love stories about reformed rakes. They ought to go nuts over a story about a reformed rake marrying a reformed witch, right? That’s what I’m betting on.
And the handsome and dashing Sir John is a reformed rake. His reputation stinks. But then, so does Caroline’s. Can they save each other, and in the trying, fall in love? We’ll see.
I’ll let y’all in on a little secret. I LOVE Caroline Bingley. She’s as sassy as Elizabeth Darcy, but far more wicked and direct. Just think if she used her talents for good. Talk about kicking Regency tail!
I know what y’all are thinking. Mr. Darcy and Elizabeth are all over this book, I promise. It’s just they’re the major supporting characters instead of the leads, for once. They haven’t changed one iota from the end of P&P, except they’re a team now. Woe to anyone who tries to get between them. You’ll see Edward and Elinor Ferrars, too.
Back to the story. It’s set in early 1815, after Napoleon Bonaparte abdicates and is exiled to Elba. Soldiers are looking to settle down. Everybody is thinking about the next harvest, the next ball, the next scandal. Colonel Fitzwilliam, on a trip to Rosings, admits his love for the now-healthy Anne de Bourgh, and she loves him back. Problem is Lady Catherine isn’t too keen on the idea. Actually, she hates it and will do anything in her power to stop any marriage between the two.
And then—Napoleon escapes from Elba. War is declared. The British must scrape up an “infamous” army so that the Duke of Wellington can meet the French on the fields of Waterloo, so there go Fitz and the newly married Buford. Many of the best troops are still in America because of the just concluded War of 1812. They can’t get back in time, so the government calls up the reserves, including Wickham and Denny (from P&P).
Oh by the way, did I mention that Colonel Brandon is not retired—he’s in the reserves? Poor Marianne!

THE THREE COLONELS is a historically-accurate retelling of the events leading to and during the epic Battle of Waterloo. Joining characters from Austen’s novels, such as Mary Bennet, Jane Bingley, Georgiana Darcy, Mr. Collins, and John Willoughby, are real figures from history, like Wellington, Talleyrand, Uxbridge, and Napoleon himself. There are plenty of surprise cameos, too. Remember, I don’t write angst—I write tragedy. Not everyone comes home.
I think four plugs in one blog are enough. If you love Austen’s immortal characters as much as I do, I think you’ll enjoy THE THEE COLONELS. I do my best to honor a master’s work, while paying a tribute to the brave men and women in uniform—and the loved ones left behind.
One last thing: It takes a real man to write historical romance, so let me tell you a story.

About the Author - Jack Caldwell is an author, amateur historian, professional economic developer, playwright, and like many Cajuns, a darn good cook. Born and raised in the Bayou County of Louisiana, Jack and his wife, Barbara, are Hurricane Katrina victims who now make the upper Midwest their home.
His nickname—The Cajun Cheesehead—came from his devotion to his two favorite NFL teams: the New Orleans Saints and the Green Bay Packers. (Every now and then, Jack has to play the DVD again to make sure the Saints really won in 2010.)
Always a history buff, Jack found and fell in love with Jane Austen in his twenties, struck by her innate understanding of the human condition. Jack uses his work to share his knowledge of history. Through his characters, he hopes the reader gains a better understanding of what went on before, developing an appreciation for our ancestors' trials and tribulations.
When not writing or traveling with Barbara, Jack attempts to play golf. A devout convert to Roman Catholicism, Jack is married with three grown sons.
Jack's blog postings—The Cajun Cheesehead Chronicles—appear regularly at Austen Authors.