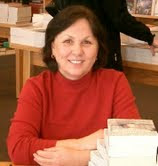 Hi, Darcyholics!  I am very happy to welcome Mary Simonsen to Darcyholic Diversions today.  I was fortunate to meet Mary in Arizona a couple years ago at a place that specializes in Mexican Chinese food. And know I didn't make a mistake in writing that, it was a combination of both!  I knew that Mary was prolific, but until she sent me all of her book covers, I don't think I had put together just how many books she has written.  A blessing for all of us.  Please join me in welcoming her here today.

And Many more to come!

Comments on Mary's post will be entered into the monthly give away here at Darcyholic Diversions.  Mary is providing a copy of The Perfect Bride for Mr. Darcy.  Entries will be based on comments on blog posts; but additional chances will be given for joining this site, tweeting this post, Joining this site as a member!, sharing this on Facebook or your blog, Friend me on Facebook, clicking 'like’ on Barbara Tiller Cole, Author's Facebook page, Join Darcyholic Diversions Facebook Page or following BarbTCole on Twitter.

Our hostess has asked that I write about when I first fell in love with the novels of Jane Austen. The answer is a very long time ago. In fact, it was 1969 during my senior year high school English class in North Jersey, a time when yearbook pictures were in black and white, a wide-screen television was twenty-five inches, and gasoline cost .27 a gallon.

But time marches on, and Jane Austen and I did not cross paths again until the 1980 Masterpiece Theatre presentation of Pride and Prejudice. I greatly admired how Elizabeth Garvie performed the role I was born to play, i.e., Lizzy Bennet, if I had ever been called upon to do so, and she remains my favorite Lizzy Bennet. I was once again bowled over by the 1995 A&E adaptation of P&P. The gowns, locations, casting, and acting were all magnificent. And Colin Firth? Need I say more than “Colin Firth?” 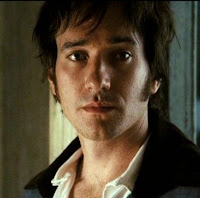 Although I admired those adaptations, it was Matthew Macfadyen’s portrayal of Fitzwilliam Darcy that touched me the most. In his performance, I saw the evolution of Darcy’s love for Elizabeth, and I was smitten by the handsome actor (mother/son sort of love), so much so that it inspired me to write a novel.

Authors of an Austen re-imagining come to write their novels by different paths. My journey involved a good deal of limping. While waiting for my insurance company to sign off on a total knee replacement, I became bored and asked myself, “What am I going to do with all this time on my hands?” The answer: write a three-generation novel with a tie-in to Pride and Prejudice and set it in post-World War II England.

My efforts resulted in my self-published work, Pemberley Remembered. A complete failure at self-promotion, I sent my manuscript to Sourcebooks. I remember saying to my husband, “Well, if I am lucky, I’ll hear back in three months.” I heard back that afternoon! My editor, Deb Werksman, called to say she had already read my novel and wanted to purchase the publishing rights. They had been looking for my contact information when my e-mail came in. This is the absolute truth!

After much reworking, Searching for Pemberley came out in December 2009. By that time, I was an Austen fan-fiction addict and a writing fool and had written two additional novels, The Perfect Bride for Mr. Darcy and A Wife for Mr. Darcy. A fourth novel, involving Mr. Darcy as a werewolf, followed in October 2011.

Why Austen? More specifically, why Pride and Prejudice? For me, it is Jane Austen’s brilliant use of language that keeps me reading her books and watching the various adaptations. How many authors have the talent to draw you in with the first sentence and hold you enthralled for hundreds of pages? Who else inspires so many writers, young and old, to try their hands at penning something they hope will compliment the master’s body of work? Why write Pride and Prejudice re-imaginings? Because in my mind, I get to be Elizabeth Bennet: strong, confident, practical, and, eventually, Mrs. Fitzwilliam Darcy. It doesn’t get any better than that.

Other works by Mary Simonsen: Becoming Elizabeth Darcy; Darcy on the Hudson; For All the Wrong Reasons; Mr. Darcy’s Angel of Mercy; A Walk in the Meadows at Rosings Park; Captain Wentworth Home from the Sea; Anne Elliot, A New Beginning; and The Second Date, Love Italian-American Style.