Just A Jabber With Jan

Just A Jabber With Jan
A Interview with BTCole 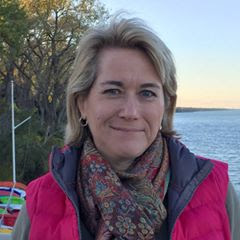 I am very happy to welcome Jan aka J. L. Ashton to Darcyholic Diversions today.  The title above is in honor of the title of her latest Book and a nod to one of the answers she gave in the interview.  She is a fascinating person as well as a fun comedic author and I have enjoyed getting a chance to get to know her and a chance to read her latest novel, Mendacity and Mourning.  Be sure to read till the end for details about the give aways on her blog tour!

I am very happy to have you visiting with us here at Darcyholic Diversions today.

Jan, tell us a little bit about how and when you first discovered any of Jane Austen's works.
I was a voracious reader from the age of four, but didn’t encounter Jane Austen until ninth grade. My English teacher did a unit on unrequited love in literature, and used Persuasion as an example. (Carson McCullers’ Ballad of the Sad Café, Goethe’s The Sorrows of Young Werther, and Charlie Brown and the little red-haired girl in Peanuts were among her other examples).

Was it Austen love at first sight?  Or a school assignment?
I wasn’t captivated by Anne and Captain Wentworth; her passivity and his behavior when they met again frustrated me. My senior year in high school, during a semester where we were not to read anything by American or British authors, I committed a small act of rebellion and fell under the spell of Pride & Prejudice and Emma. The wit, the observations on society and human behavior, the puzzling out of interior thoughts and motivations—especially of the male characters--it all pulled me in.

How did that your Austen love affair grow?
May I admit that it was a couple of brilliant JAFFs that really finalized JA’s hold on me? I’d read four of Jane’s novels when I stumbled across Linda Berdoll’s and Pamela Aiden’s variations in bookstores. Online, it was Devon’s modern I Thank You, No that flipped a switch in me and made me start wondering about all the unwritten possibilities in P&P.

I see that you were a Journalism major.  Prior to writing Austen-inspired novels, did you work as a reporter?
I have degrees in journalism and history, and was set to do graduate work on Russian diplomatic history when serendipity struck and an internship in London pushed me to change course and work in publishing. I’d written, edited, and ghostwritten for magazine and book publishers for three decades before trying my hand at Austen-inspired novels. Other than the stories I wrote for my kids, my Austen stories were the first fiction I’d written since college.

Can you tell us about your favorite reporting assignment of all time?
Most of my work has been in business reporting, and focused on the global restaurant and hospitality sectors. I took a hiatus while my kids were little, but it’s been nice to be able to travel again. Recent high points would definitely include a week in Paris talking to hoteliers and checking out innovative brasseries, and a trip to Shanghai to see how American restaurant chains are competing with local Chinese chains. I’d say the most satisfying assignment was early in my career, reporting on a leopard kept in a small enclosure in a Chicago pet store; the story helped secure the cat’s release to a wild animal sanctuary.

Other than writing, what do you like to do in your spare time?
Between working, writing (and reading) Austen-inspired novels, and working with other writers on their own stories, my spare time is scarce. I am easily amused with a book or a good movie, a trip to a museum or the ballpark. Fortunately, I planted a lot of perennials years ago so I can neglect my mostly mature gardens and sit outside and enjoy nature with my family and friends and pets. We live by Lake Michigan, and no matter the season, I like to hang out by the water.

From your last novel, I can tell that you love comedy. Who is your favorite Austen character?  And do you have a favorite Austen character you like to torture?
I adore getting inside Darcy’s head, trying to fill in his shadings and the little mannerisms and personality quirks which canon Elizabeth was clearly noticing and usually misinterpreting. He prefers a certain type of person around him—the cheerful Bingley and sturdy, jesting Colonel—and I like to peel away and imagine what they like about him. I dislike writing Wickham and prefer to allude to and make fun of him through others. When my daughter was young and played with Barbies, she always hung her Ken doll from her bedpost to punish him for stealing hairbrushes and for generally being a stupid boy. I tend to do the same to poor Mr. Collins. He can be made even more ridiculous than Jane Austen herself intended. I’ve tortured Collins in a lot of stories, but am trying to reform myself. Pinky swear.

How did your love for comedic writing begin?
Roald Dahl and my older sister’s MAD magazines probably started things when I was eight or nine, and provided me with a somewhat dark, absurd, and quirky sense of humor. I don’t read comedic novels, but satiric writing in magazines like The New Yorker or the late, great Spy! has always grabbed me, as do Hollywood’s smartly written screwball comedies.

Mendacity....  Bingley might tease you for using a 4-syllable word in your title and think you resembled Mr. Darcy.  However, the use of this word took me back to Tennessee Williams and the character of Big Daddy in Cat on a Hot Tin Roof.  What was your inspiration for your book's title?  Did Tennessee Williams have anything to do with it?
Ha. No, though “mendacity” is indeed a great word for writers in the Southern gothic genre and Lord Matlock is a good (and nicer) stand-in for Big Daddy. I love alliteration, and the original title was The Grieving Groom & the Gleeful Gossip, but that became the subtitle pretty quickly when I decided to play off P&P with M&M.

What was your inspiration for this novel?
Though clearly there’s a nod or three to Monty Python, the story actually grew out of a multi-part short story I wrote years ago with a friend about Darcy seen through Bingley’s eyes: The Most Interesting Man in the World. I have a more modern voice than used in most Regencies (though my amazing editor Gail Warner ensured that all words are Regency-era, she did allow me use of “rumpity-pumpity”) and I like to tweak certain characters (especially Anne and Kitty) and see how that affects D&E. I just took it further here.

Do you have a favorite character in M&M?
Kitty and Anne are probably my favorites. They both “find” themselves, so to speak, and are self-aware of their changes and perceptive about other people. And, they are happy with their ultimate choices. But I love the Colonel too, even with the impressive mustache.

Are you currently writing anything new you wish to tell us about?
In the Austen universe, I’m finishing up a new modern set in the Midwest, and have about five chapters finished on a more somber Regency. Of course, it will end up with some funny lines; I love to write banter and if it’s a P&P variation, there must be some slyly clever banter between D&E. But it isn’t a comedy, at least so far.

Thank you all for reading Jane Austen, and supporting Jane Austen variations, historical and fanfic websites, and blogs such as this one. And a huge thank you to Barbara, for hosting me here and taking the time to craft such interesting questions! She really made me think! 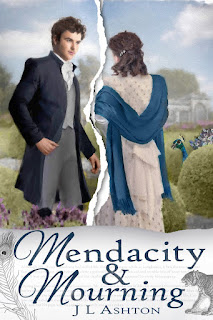 It is a truth universally acknowledged that a gossip in possession of misheard tales and desirous of both a good wife and an eager audience need only descend upon the sitting rooms of a small country town in order to find satisfaction. And with a push from Lady Catherine, Mr. Collins sets alight a series of misunderstandings, rumours, and lies that create obstacles to a romance between Fitzwilliam Darcy and Elizabeth Bennet. 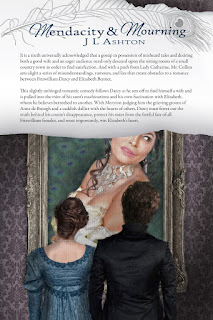 This slightly unhinged romantic comedy follows Darcy as he sets off to find himself a wife and instead finds himself pulled into the mire of his aunt’s machinations and his own fascination with Elizabeth, whom he believes betrothed to another. As Meryton judges him the grieving groom of Anne de Bourgh and a caddish dallier with the hearts of others, Darcy must ferret out the truth behind his cousin’s disappearance, protect his sister from the fretful fate of all Fitzwilliam females, and, most importantly, win Elizabeth’s heart.

Jan Ashton didn’t meet Jane Austen until she was in her late teens, but in a happy coincidence, she shares a similarity of name with the author and celebrates her birthday on the same day Pride & Prejudice was first published. Sadly, she’s yet to find any Darcy and Elizabeth candles on her cake, but she does own the action figures.

Like so many Austen fans, Jan was an early and avid reader with a vivid imagination and a well-used library card. Her family’s frequent moves around the U.S and abroad encouraged her to think of books and their authors as reliable friends. It took a history degree and another decade or two for her to start imagining variations on Pride & Prejudice, and another decade—filled with career, marriage, kids, and a menagerie of pets—to start writing them. Today, in between writing Austen variations, Jan lives in the Chicago area, eats out far too often with her own Mr. Darcy, and enjoys membership in the local and national chapters of the Jane Austen Society of North America.

Mendacity & Mourning is her second book with Meryton Press. She published A Searing Acquaintance in 2016.

In Case You Have Missed Previous Posts Along Jan’s Blog Tour Here is the
Blog Tour Schedule:

Readers may enter the drawing by tweeting once a day and daily commenting on a blog post or review that has a giveaway attached for the tour. Entrants must provide the name of the blog where they commented (which will be verified). If an entrant does not do so, that entry will be disqualified. Remember: Tweet and comment once daily to earn extra entries.
A winner may win ONLY 1 (ONE) eBook of Mendacity & Mourning by J. L. Ashton. Each winner will be randomly selected by Rafflecopter and the giveaway is international.

DON’T FORGET TO COMMENT FOR DAY’S CHANCE TO WIN!!