What Do Shannon Winslow, Colonel VBrandon and Mr. Collins Have In Common?

What Do Shannon Winslow, Colonel Brandon and Mr. Collins Have in Common?

It is such a treat to welcome back Shannon Winslow to Darcyholic Diversions!  I have had the pleasure of hosting so many of her 'Mr. Collins Interviews' I am so grateful that she reached out to me to post this one as well.  I just love these Interviews!  They are ALL here at Darcyholic Diversions if you want to search and go back and read all of them!  And be sure to give Shannon some love by leaving a comment below!

There has been something about the last 2.5 years of pandemic, isolation and challenges that have caused Darcyholic Diversions to go into a semi state of hybernation, but I am glad to be back up and running for Shannon.  And for any other author that might wish to introduce a new work, or might wish to join the MANY people who have been interviewed here at Darcyholic Diversions.  If you are an author, or an artist, or anyone else with something creative you would like to share here--please just send me a text at 404-735-9271.  Or give me a call if you prefer.  Barbara Tiller Cole 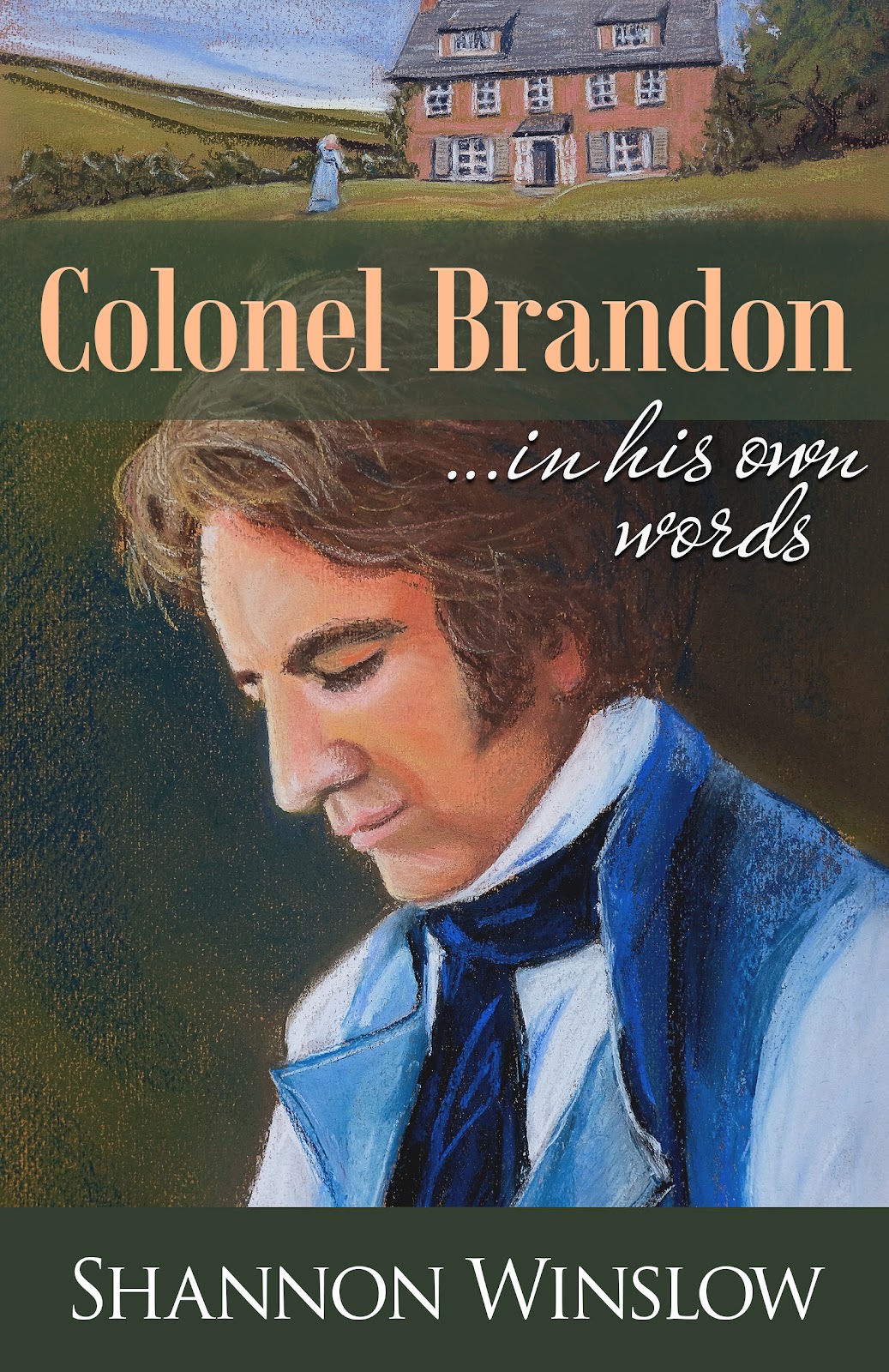 It has become a tradition that, with the publication of each new book, I sit down for an interview with Mr. Collins (now Sir William Collins). Did you know that, after his run as a legendary literary figure, he turned his talents to a new career as a talk-show host? It’s true. But he and I have not always been on the best of terms, I’m sorry to say. The awkwardness stems from the fact that I made his character’s early demise my top priority as a writer. In fact, Mr. Collins expired in the very first chapter of my very first novel (The Darcys of Pemberley). I’m afraid he has never quite forgiven me for that. Here’s our most recent interview:

[House lights dim. Applause sign flashes. Stage lights come up to reveal a platform with twin retro club chairs occupied by host Sir William Collins and today’s guest, the modestly successful author Shannon Winslow. Collins lifts a hand in the style of a royal wave to acknowledge the audience before turning his attention to his guest.]

Collins: Good day, Ms. Winslow, and welcome once again to Meet the Author.
Winslow: Thank you, Sir William! I’m delighted to be here with my new novel!
[enormous picture of the smiling author and her new book appears on the screen behind, and audience applauds again on cue]
Collins: Colonel Brandon in His Own Words. Catchy title, but not the one I suggested when you were last here.
Winslow: That’s true. William Collins in His Own Words is a great title, but you see, this book is about Colonel Brandon – his thoughts, his experiences from childhood on through to his marriage to Marianne, all in his own words.
Collins: [sighs] So you’re saying that I am not in it… not even a mention… near the end, perhaps?
Winslow: I’m afraid not. I hope that won’t prejudice you against the book, though. Do you at least like the cover?
Collins: [looks again at the screen] Quite a large picture of the man. You think him good looking, then?
Winslow: Yes, although the artist didn’t really do him justice. In person, he is much more handsome. Tall too.
Collins: [sits up straighter] His being tall is a very superficial reason to admire a man. After all, no one can take credit – or blame – for his height.
Winslow: Oh, but that is not the only reason the ladies find Colonel Brandon admirable and attractive. There is his excellent character as well: honorable, kind, and chivalrous. Plus, he distinguished himself in the army, you know. Promoted twice! But, in truth, he could just as well have been court marshalled! [chuckles] Quite a close call, actually. You see, there was this incident while he was in India, where he risked everything to save a lady in distress. It was a life and death situation, you understand… But I suppose we don’t have time for the whole story now.
Collins: [feigning boredom] Sorry. No. People will just have to read the book. That is what you want them to do anyway, isn’t it, Ms. Winslow?
Winslow: [smiling] Yes, I suppose it is. I’m hoping they admire Colonel Brandon as much as I do. Then they will quite naturally wish to know more of his story – all that Jane Austen didn’t tell us in Sense and Sensibility. But as for this incident in India I mentioned, suffice to say that I find what he did quite heroic, and I am not the only one. He really is a dashing man of action, in my opinion. If you want more evidence, there is, of course, his duel with Willoughby. [pantomimes sword slashing] Oh, and the time he knocked his brother down. [punches fist through the air]
Collins: [leaning back to a safer distance with an expression of distaste] That is all very well, I suppose… if you like that sort of thing. But let me ask you this. If Colonel Brandon is so handsome and heroic, why doesn’t Marianne fall violently in love with him at first sight? I thought perhaps you might have changed that part from the original, but I discovered you had not…
Winslow: [gasps loudly]
Collins: Why, Ms. Winslow, are you unwell?
Winslow: Oh, no. Not at all!
Collins: What is it, then?
Winslow: Can… Can it be, Sir William? Well, I suppose it must, for there is no other explanation. Can it be that you actually read the book this time? How wonderful! Oh, I’m so pleased!
Collins: [squirms in chair] Well, only half of it… maybe three quarters. I did not intend to, but then I had a little free time last night and nothing else to do. And there it was, lying on the table within easy reach, like it is now. I picked it up [does so, and opens to bookmarked page] and then couldn’t seem to put it down again.
Winslow: [laughing melodiously] I can’t get over it! I always have my publicist send you the books, just as a matter of course, but you’ve never before… You’ve always said that… Well, never mind. I’m just terribly delighted!
Collins: Please, do make some attempt to contain your raptures, Ms. Winslow. No miracle has occurred.
Winslow: Forgive me, but it was so… so very unexpected.
Collins: Yes, yes, that will do.
Winslow: As you say. I hope you will do me the compliment of finishing the book, though. And perhaps even reading some of my others at last?
Collins: Let us not get carried away. I am a very busy man!
Winslow: As you have repeatedly told me.
Collins: [still holding book] I suppose I must finish this one, though, unless you can be persuaded to tell me how Colonel Brandon gets out of that ticklish situation in India. With Rashmi, I mean. Have I got her name right? And of course, what happens with Marianne. He doesn’t seem to be making much progress with her, so I don’t see how it can possible end well.
Winslow: I would not spoil the ending for you, not for the world! As you yourself said a moment ago, people will just have to read the book. That includes you, Sir William. But I will at least assure you that you can trust me to provide a happy ending for Marianne and Colonel Brandon. That’s one of my trademarks: happy endings.
Collins: [indignantly] Happy endings for some, perhaps, but not for all of your characters!
Winslow: Oh, dear. I had hoped we would make it through this one time without an allusion to that bit of ancient history. We were doing so well, too.
Collins: [still glowering, says nothing]
Winslow: [looks about for assistance] Heavens! Is it perhaps time for a commercial break? I think that really would be best…
So ends another of Ms. Winslow’s infamous visits to Meet the Author. 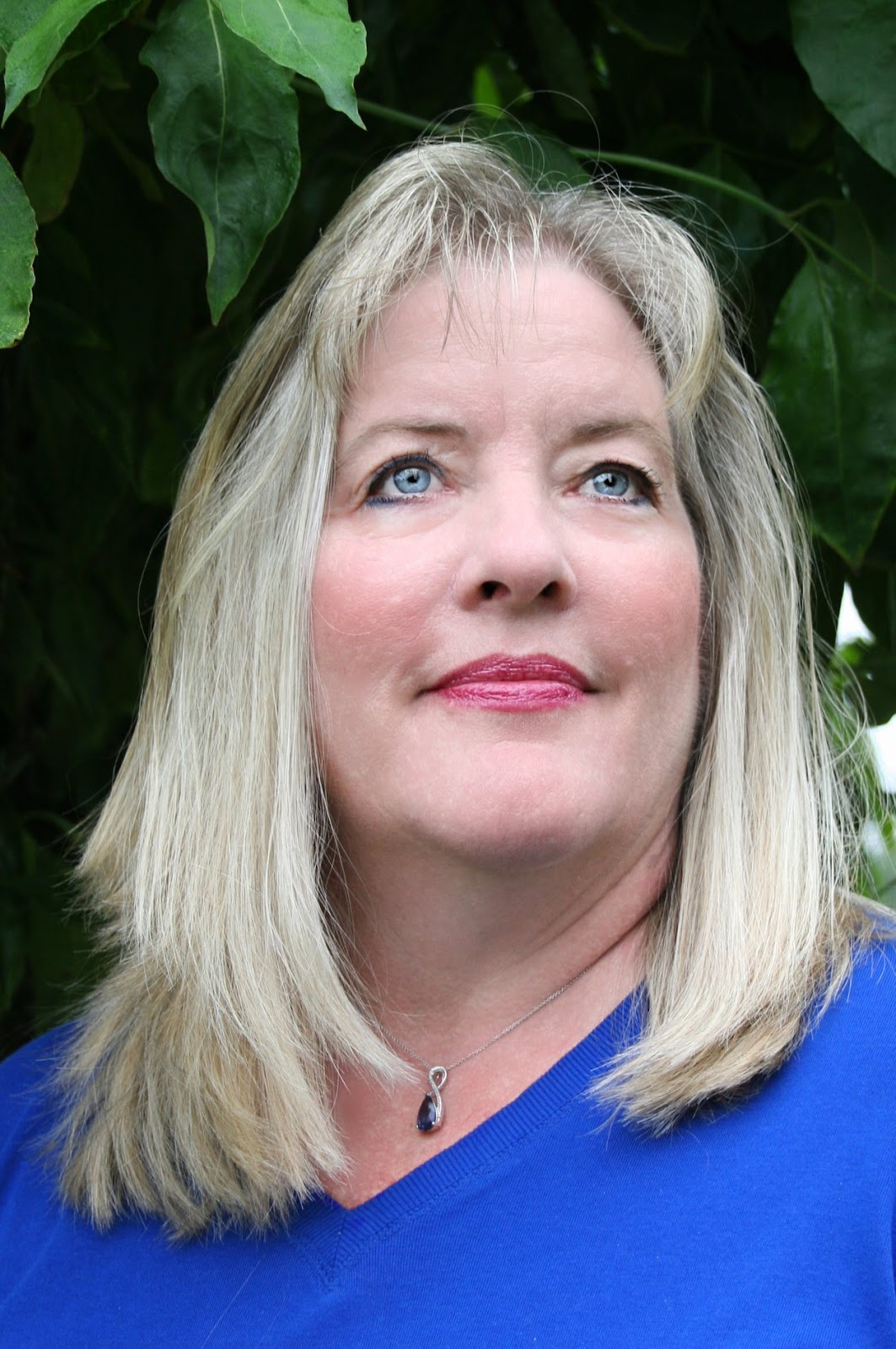 Link For Colonel Brandon In His Own Words
Colonel Brandon is the consummate gentleman: honorable, kind almost to a fault, ever loyal and chivalrous. He’s also silent and grave, though. So, what events in his troubled past left him downcast, and how does he finally find the path to a brighter future? In Sense and Sensibility, Jane Austen gives us glimpses, but not the complete picture.
Now Colonel Brandon tells us his full story in His Own Words. He relates the truth about his early family life and his dear Eliza – his devotion to her and the devastating way she was lost to him forever. He shares with us a poignant tale from his military days in India – about a woman named Rashmi and how she likewise left a permanent mark on his soul. And of course Marianne. What did Brandon think and feel when he first saw her? How did his hopes for her subsequently rise, plummet, and then eventually climb upwards again. After Willoughby’s desertion, what finally caused Marianne to see Colonel Brandon in a different light?
This is not a variation but a supplement to the original story, chronicled in Brandon’s point of view. It’s a behind-the-scenes look at the things Jane Austen didn’t tell us about a true hero – the very best of men.