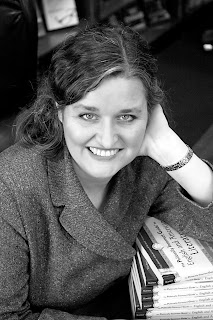 Hi, Darcyholics! I am delighted to introduce to you a new friend, Elizabeth Kantor.  Elizabeth's book The Jane Austen Guide to Happily Ever After will be available April 2!  I am proud and grateful to be the recipient of a pre-release copy and am currently enjoying reading it!  Oh, if I could have only had a copy back in my dating years.  But then there is a chapter about marriage as well.

Hints available in her book include: how not to be a tragic heroine, how to pursue Elizabeth Bennet's 'rational happiness"--learn what it is and how you can find it, how not to let cynicism steal your happy ending, and even keys to how you should deal with men who are 'afraid of commitment'.  I know you will enjoy it as much as I am.  I am very happy that Elizabeth will let us know HOW she came to develop the wealth of wisdom available to us in her new book.

Comments on Elizabeth's post will be entered into our monthly drawings, which include a copy of her new book, available to US and Canada readers.    Entries will be based on comments on blog posts; but additional chances will be given for joining this site, tweeting this post, Joining this site as a member!, sharing this on Facebook or your blog, Friend me on Facebook, clicking 'like’ on Barbara Tiller Cole, Author's Facebook page, Join Darcyholic Diversions Facebook Page or following BarbTCole on Twitter.

How I Met Mr. Darcy
By Elizabeth Kantor, author of
The Jane Austen Guide to Happily Ever After

Like a certain Miss Elizabeth Bennet, I completely failed to appreciate Fitzwilliam Darcy until long after we first met. Our initial encounter was in a high school English class--an even less propitious setting for a first meeting than a Meryton assembly ball)--and I have to admit that, while I liked Pride and Prejudice, I didn't really see Mr. Darcy's potential.

I read more Jane Austen in a college seminar on the sublime and the beautiful, and began to get some clue about her genius for relationships, her keen insights into both male and female psychology, her talent for understanding love. 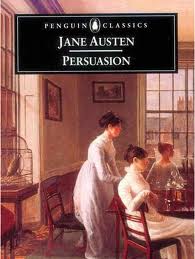 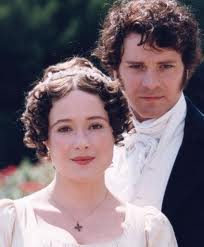 But it was only when I fell hard for my husband--who is actually a Jane Austen fan himself--and he talked me into reading Persuasion when I was high as a kite on those endorphins that flood your brain when you're first in love, that I really "got" her love stories. They're exactly what being in love is really like. Since then I've been reading and re-reading everything Jane Austen wrote--from the six novels many, many times; to the tantalizing unfinished novels (it's painful every time, leaving Emma Watson's love story when it's hardly begun), to the Juvenilia. And the more I read Jane Austen, the more I'm sure that Elizabeth and Darcy at the end of Pride and Prejudice are the perfect picture of what it is to be in love--in the kind of love that really does have the potential for happily ever after.

But I'd like to take this opportunity to argue that, even once we fall in love with Mr. Darcy, it's still too easy for us to miss the really important point about him, and about the love that he and Elizabeth find. Because remember, Elizabeth and Darcy get to the real and really satisfying love that they share at the end of the novel only after getting over inferior kinds of love.

In Darcy's case, it's an inferior sort of love for Elizabeth herself that he has to overcome before he can address her successfully. His original thing for her is a perfect example of what Jane Austen, in another novel, calls "the haphazard of selfish passion." When Darcy says, "In vain I have struggled. It will not do. My feelings will not be repressed. You must allow me to tell me how ardently I admire and love you." he really wants Elizabeth. So much, in fact, that he's willing to do things he thinks he shouldn't, to get her. But he doesn't really love her. That's why Elizabeth's complains to Darcy that "you chose to tell me that you liked me against your will, against your reason, and even against your character." It's only when he sees that she's "a woman worthy of being pleased"--that she's a prize he'll have to aim high for, not a guilty pleasure that he's caving to--that he begins to really love her.

Elizabeth, meanwhile, has had to get over another inferior sort of love--her crush on Mr. Wickham:

If gratitude and esteem are good foundations of affection, Elizabeth's change of sentiment [to Mr. Darcy] will be neither improbable nor faulty. But if otherwise--if the regard springing from such sources is unreasonable or unnatural, in comparison of what is so often described as arising on a first interview with its object, and even before two words have been exchanged--nothing can be said in her defence, except that she had given somewhat of a trial to the latter method in her partiality for Wickham, and that its ill success might, perhaps, authorise her to seek the other less interesting mode of attachment.

In other words, Elizabeth's thing for Wickham was all about shallow first impressions, while her love for Darcy is about his real value as a human being.

Mr. Darcy's love is deeply exciting not just because of his smoldering good looks--or the beautiful grounds of his Derbyshire estate--but ultimately because he masters his selfish passion, brings himself to value Elizabeth for who she truly is, and offers her a generous and self-sacrificing love.
That's the kind of love that Jane Austen-lovers should be looking for--in the real world. And Jane Austen can help women find it there.


Elizabeth Kantor is the author of The Jane Austen Guide to Happily Ever After, which will be published on April 2 and is already shipping from Amazon. 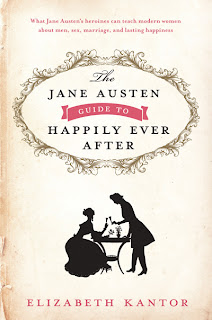 Amazon Link to Elizabeth's Book, 'The Jane Austen Guide to Happily Ever After'