Lucy S.: A Large Amount of Darcy is the Best Recipe for Happiness! 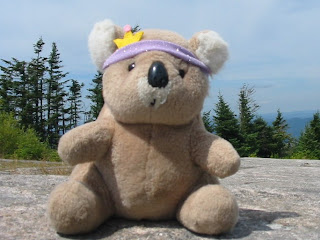 Hi, Darcyholics! I am excited to welcome Lucy S. to Darcyholic Diversions today.  Lucy is currently posting 'Being Mrs. Darcy' online for any of you who have not yet read any of her stories.  It is a very intriguing variation to can Pride and Prejudice.  In welcoming her to be a guest here, I wanted to be SURE she wouldn't get behind on her posting schedule as I am longing for the day that Mrs. Darcy realizes just now much Mr. Darcy cares for her!

Comments on Lucy's post will be entered into our monthly drawings   Entries will be based on comments on blog posts; but additional chances will be given for joining this site, tweeting this post, Joining this site as a member!, sharing this on Facebook or your blog, Friend me on Facebook, clicking 'like’ on Barbara Tiller Cole, Author's Facebook page, Join Darcyholic Diversions Facebook Page or following BarbTCole on Twitter.


Lucy S: A Large Amount of Darcy is the Best Recipe for Happiness!

I am a proud Janeite and Darcyholic. My obsession with Jane Austen began a long time ago. As a child, I was a voracious reader and happiest when busy seeing to “the improvement of [my] mind by extensive reading”. I cannot recall when I read my first Jane Austen novel, but by the time I was twenty, I had done a pretty good job of devouring all of the 19th century literature my local bookshop had to offer (having fallen in love with Dickens by grade 10, I went about finding other books of roughly the same era). I remember being gobsmacked by Captain Wentworth’s letter, finding Marianne remarkably silly, thinking Fanny was too timid for her own good (and my patience), wanting Emma to grow up already and laughing at Catherine’s over-active imagination. 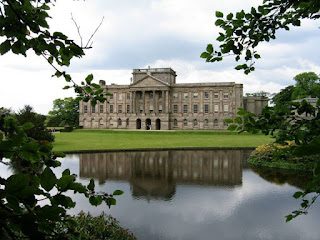 But what about Elizabeth and Mr Darcy (I cannot separate the two in my reflections)? I adored Elizabeth Bennet from the first time I read Pride and Prejudice. Yes, she made mistakes, but they were ones that I, in the 20th century, could understand and her strength of character and willingness to admit when she was wrong were inspiring. As for Mr Darcy, do I really need to explain why I came to love him? I will only say that, “I believe I must date it from my first seeing his beautiful grounds at Pemberley.” Like Elizabeth, he proved that he was an exceptional being because he could admit his faults and change. I was in a swoon by the time I learned that he had found Lydia and forced Wickham to marry her and needed Mrs Bennet’s salts by the time that he said, “My affections and wishes are unchanged, but one word from you will silence me on this subject for ever.” My love for Darcy reached a whole new level when I saw Colin Firth’s portrayal of him in the 1995 BBC production. 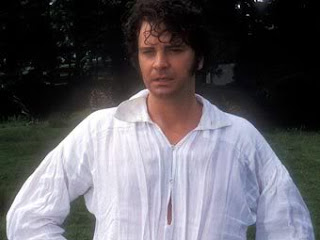 As for when I discovered JAFF, I first have to say that I have always been in the habit of ‘filling in the blanks’ of stories I read or saw on television or in films. I imagined what happened in the bits we didn’t read or see – the conversations characters might have had, the way that they felt or what they thought. Naturally, this extended to Austen’s incomparable novels. In 2002, I was wandering around London, England, my baby daughter with me, and at a used bookshop found a copy of a post-P&P novel. I was thrilled and could hardly wait to read it. I can’t remember which one it was, but it was (in my opinion) awful.

Despite this unfortunate introduction to Austen-inspired stories, I had had a taste of something new and potentially diverting and so, sometime later and back home in Canada, I did an Internet search on Jane Austen. I don’t know what I expected to find, but the hours spent with a baby (night or day) while she nursed were long and I needed something to occupy me and keep me awake.

What I found was life-altering – the world of online JAFF. I stumbled across Bits of Ivory first and then found the Derbyshire Writers’ Guild. I discovered that there were other people out there who shared my love of Austen and Elizabeth Bennet and Fitzwilliam Darcy and all of Austen’s other wonderful characters and that they, too, wondered what happened after the novels ended, or what would happen if some circumstance were changed.

I read and I read and I read. Over time, I found other JAFF sites and kept reading. I read through every Regency-era story I could find and only then did I start in on the modern tales. I had lots of ideas for stories of my own, but no real inclination (or time) to write them. I was working on my doctorate (on a topic that had nothing to do with Austen) and that piece of writing had to take precedence.

As I said goodbye (at long last) to my student years, a particular version of Elizabeth and Darcy increasingly occupied my mind. They had been hanging around for a while, showing me glimpses of their lives and struggles. Their voices grew louder and louder and I knew what they wanted. They wanted me to tell their story and they would not leave me alone until I did. It was not going to be an easy story to write and it took a lot of time to sort through the bits and pieces I had floating around in my mind, creating order of the chaos. It was only the spring of 2009 that I found a way (thanks to U2’s song ‘Magnificent’) to tell the story of how a particular William Darcy and Elizabeth Bennet healed their emotional scars and learned to live happily ever after (‘The Course of True Love’). While writing and posting it, I met many wonderful friends (including Barbara) who inspired me and helped me through some very difficult times. They also made me laugh which is a gift without price.

Throughout it, my love for all things Austen has grown. As I sent one Darcy and Elizabeth off to live in bliss, a new couple started knocking around in my brain and this time I didn’t bother arguing with them; I just went ahead and wrote their story. I have given over every spare corner of my mind and every spare minute of my time to Austen and Darcy. I am following wise advice in doing so, for it was Jane herself who said (with a minor edit), “A large amount of Darcy is the best recipe for happiness I ever heard of.”