Colette Saucier: Mr. Darcy and the 'Utmost Force of Passion'

Hi, Darcyholics!  Today, we have Colette Saucier with us.  I was so excited when she registered for the upcoming Decatur Book Festival as it has given me an opportunity to begin to get to know her.  And in 17 days I will get a chance to know her even better.  Today, however, she is visiting with us here.

The information on Decatur Book Festival was updated recently, so visit the link again and find out all the details as well as where YOU can stay as we are so excited to have 27--yes TWENTY-SEVEN Austen Inspired Authors participating with us!  Here is the link! It included information about a large hotel room block you can take advantage of if you would like to be with us!

Upcoming Guest Posts Are As Follows:
August 17--Regina Jeffers
August 19--KaraLynne Mackrory
August 21--Sally Smith O'Rourke
August 24--Pamela Aidan
August 26--Reposting Decatur Book Festival Author Links!
August 28--Jack Caldwell
August 31--Decatur Book Festival Eve!
September 2--Live from the Decatur Book Festival
September 4--Fun Stories from the DBF
September 7--Jack Caldwell's Experiences at the DBF
September 11--Karen Cox's Experiences at the DBF
September 14--Mary Simonsen
September 18--Amber G.
September 21--Moira B.
November 2--Amy Patterson
November 13--Karen Doornebos
And Many more to come!
&*&*&*&*&*&
Colette is giving away one copy of Pulse and Prejudice eBook and one copy of All My Tomorrows--US/Canada can choose Paperback but if the winner is International then the prize is an eBook   Your comment will enter you into a drawing to win a signed soft cover copy for both US and International (be sure to include a way to get in touch with you in your comment).  Comments count as entries, but additional chances will be given for joining this site, tweeting this post, joining this site as a member via Google Friend Connect (GFC) (See the left hand column on the blog to join!), sharing this on Facebook or your blog, Friend Barbara Tiller Cole on Facebook, clicking 'like’ on Barbara Tiller Cole, Author's Facebook page, Join Darcyholic Diversions Facebook Page or following BarbTCole on Twitter.


Mr. Darcy and the 'Utmost Force of Passion'

Much ado has been made over the recent threats that our beloved Pride and Prejudice, as well as other classics, would soon be receiving a “50 Shades of Grey” make-over. My first reaction was to wonder if they planned to rewrite it in first person present tense with terrible prose, ridiculous metaphors, and nonsensical dialog. (Full disclosure:  I have not read 50 Shades of Grey and doubt that I ever shall. I have been unable even to finish the Kindle sample, so I take my opinion from the short portion I did read as well as from the plentiful excerpts available in book reviews.  This seems to be the type of novel one either loves or hates, and I am certain to fall into the latter category.) Hence, my curiosity led me once again to the “Look Inside” feature on Amazon to take a peek atone of these Pride and Prejudice, '50 shades' variations, but instead of finding any of that dreadful first person present tense, I realized the text of Miss Austen’s classic had been reprinted in its entirety with a few naughty bits here and there, much as Seth Grahame-Smith did with zombies and martial arts in his “mash-up.”
All of this did raise the question I would like to explore, “Why do some authors of Austenesque novels include romantic scenes of varying levels of sensuality at all?” 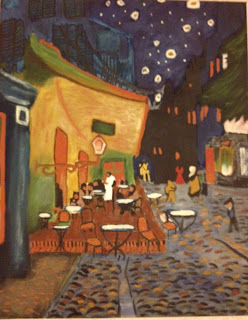 Through my own extensive analysis of some ninety minutes, I have divided lovers of Austen literature into five categories. First, we have the purists who believe any variation, adaptation, sequel, or spinoff to be akin to defacing the Mona Lisa. This metaphor never worked for me because, unlike the result of vandalizing a da Vinci, the original classic remains unscathed.  Copies of Gone with the Wind did not spontaneously combust with the release of its sequel. I once tried my hand at painting Café Terrace at Night, but not to worry! Van Gogh’s masterpiece is safe in a museum in the Netherlands despite the atrocity hanging in my office.
Secondly, some Austenites enjoy variations and sequels inspired by Pride and Prejudice but want Elizabeth and Mr. Darcy to remain chaste, many not even allowing for a kiss, as in the original. A subcategory of these will allow consummation of their marriage vows but only behind closed doors.
Next, fans of sequels often allow for certain levels of sensuality as long as the Darcys have taken their marriage vows. The fourth category, in which I classify myself, are those of us who enjoy variations and adaptations that might allow our beloved couple to “anticipate their vows” as long as it is tastefully done. Finally, some lovers of Austen love lovers and enjoy far more explicit love scenes, which bring blushes to the rest of us.
Now we have this new group that defies categorization: Fans of “mash-ups.” I have met some readers who appreciate Austen but also find the introduction of monsters or sex into the original text of Pride and Prejudice to be entertaining. I have also spoken with many people who, much to my chagrin, have only read the “mash-ups” and like them exceedingly. (I back away slowly.) 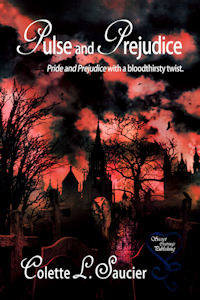 I cheated with my paranormal novel Pulse and Prejudice by creating both an adaptation and a variation, teetering between categories two and four. The first three volumes follow the plot and style of Pride and Prejudice but from Mr. Darcy’s point of view (and he just happens to be a vampire). The brief moments of physical contact he shares with Elizabeth arise in the context of the paranormal. Then I added a fourth volume – Beyond Pride and Prejudice – which veers from Miss Austen’s original with my story of the weeks leading up to the wedding. As you might have guessed, in this volume, Mr. Darcy and Elizabeth “anticipate their vows” with a certain level of sensuality; but as one reader said of my love scenes, “You write it in a sultry way that's not lewd.” (That’s good because my mother-in-law reads them!)
I can only speak to my own motivation in including this in my variation. For one thing, vampires notwithstanding, I strive for historical accuracy; and during the Regency, couples typically enjoyed intimacy after betrothal but before vows. If such were not the case, we should try to learn their trick for having so many eight-pound babies after only six months’ gestation. At that time, engagements were rarely broken; and a man who “cried off” could find himself a social pariah.
Of course, many couples did wait until their wedding night; but for a novel – a love story, a romance – the scheduling of a first romantic interlude denies us spontaneity of emotion. I want that “utmost force of passion” Mr. Darcy feels for Elizabeth, which leads him to risk being ostracized from his friends and family and polluting the shades of Pemberley by marrying her, also to overwhelm his reserve and adherence to propriety as he surrenders to his ardour. To sense a love and desire that overcomes all obstacles of reason and will does not require crude language or vulgarity or a “50 Shades” makeover. And for those who prefer our couple to remain chaste, Miss Austen’s unadulterated Pride and Prejudice will always be there. 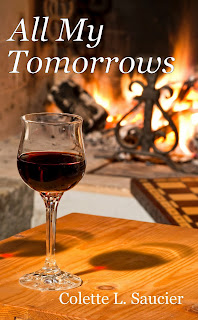