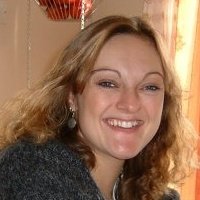 Hi, Darcyholics!  I am very happy to introduce to you, Karen Aminadra.  A Jane Austen inspired author and a resident of none other that Hertfordshire.  I have been enjoying getting to know Jennifer through social media and hope that you do as well!

Don't forget to read any posts from June you might have missed as it has been busy!  There are many give aways, and I will be drawing this weekend for June, and there are now July give-aways as well! Included in that list of give aways are posts from Kara Louise, Becky Thumann, Sharon Lathan and Shannon Winslow as well as Laura Ann Nattress; as well as the posts from Gayle Mills, Jan Ashe, Stephanie Hamm and Krista Bagley.  Read ALL of them and don't forget to comment!  Comments are your entries to WIN those giveaways!

Comments on Karen's post will enter you into a drawing for 2 .mobi Kindle versions of her book; and into the monthly drawings here at Darcyholic Diversions.  Entries will be based on comments on blog posts; but additional chances will be given for joining this site, tweeting this post, Joining this site as a member via Google Friend Connect (GFC) (See the left hand column on the blog to join!), sharing this on Facebook or your blog, Friend me on Facebook, clicking 'like’ on Barbara Tiller Cole, Author's Facebook page, Join Darcyholic Diversions Facebook Page or following BarbTCole on Twitter. 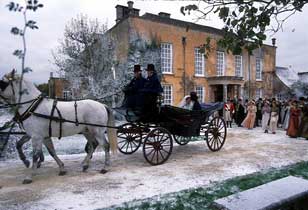 Yes, that’s me!  I am a real bone fide English girl.
I am from Hertfordshire, England.  I am ashamed to admit that most Brits do not know that through triangulation the locations of Meryton and Longbourn are known to us.  Well, having said that, neither do most Jane Austen fans.
I first discovered that I lived not 10 miles from Longbourn when I was in my late teens, which coincided with my discovery of Jane and her world.

Due to awful government planning, Jane’s books had been dropped from the reading list at my school.  I am glad however, that The Bard, was not.  I think it was Shakespeare who first taught me that the past is a great place for fun and frolics! However, it was my mother-in-law who gave me my first copy of Pride and Prejudice, and I was in love with Jane from then on.  Living near Longbourn (Redbourn) and actually going to work every day in Meryton (Harpenden) meant that I rarely thought of anything else other than Lizzy, Jane and Mr Darcy!  It’s pretty sad though, that the house that Jane knew as Netherfield has been demolished and it’s grounds are now a golf course! L
So, let me tell you a little bit about my Hertfordshire.  The name comes from the Anglo-Saxon heort ford, meaning deer crossing of a watercourse. The name Hertfordshire first appears in the Anglo-Saxon Chronicle in 1011.  Deer feature prominently in many county emblems too.  The county has boasted settlers since the Stone age.  Later of course, the Romans came and put their stamp on the county, followed centuries later by the Normans.  They built some of the most wonderful churches and cathedrals as well as castles too.  The Norman Royal Residence was at the castle in Berkhamsted, (now in ruins I am afraid) and there were also castles built in Bishop’s Stortford and King’s Langley. (Where coincidentally my dad was born, in the village, not the castle!)

Hertfordshire’s most famous claim-to-fame these days are the film studios at Elstree and Leavesden; which are famous for the James Bond and Harry Potter films.
I lived near a wonderful park called Gadebride, probably named so after the bridge over the river Gade! ;-)  (These names are so imaginative.)  I believe Mary Lydon Simonsen mentions Gadebridge Hill in one of her books too.  However, the hill is now covered with houses, so the view from it isn’t all that good.  The great thing about the river Gade was the abundance of stickleback fish, that almost every child in Hemel Hempstead used to catch each summer.  Apparently, there was a Roman Villa there too, but for us the sticklebacks were far more interesting!
Another place of Roman interest in Hertfordshire is spa town of Verulamium, now known as the cathedral city of St. Albans.  (Yes, the same city that was sacked by the Iceni Queen Boudicca along with Londinium.)  It’s situated on the famous Watling Street, and is where I met my husband! ;-)  The Norman cathedral is a must-see if you’re ever in the area too, and has the most amazing Norman wall-paintings – just inside the door and to the left.
Hertfordshire also boasts the Ashridge National Trust Estate, probably the best picnicking place in all Herts.  We often went there on a summer evening to picnic, play ball games and to walk in the woods.  The wildlife there is wonderful too and it is not unusual to see a whole herd of deer.  Not bad when you consider how close we were to sprawling London. 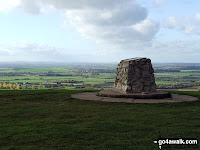 I remember also from my childhood a place that for us was shrouded in mystery, although now as an adult that mystery is gone.  Ivinghoe.  Just the name sounds mysterious.  Ivinghoe is actually in Buckinghamshire, but who cares about that, eh?  Ivinghoe Hill was the site of an Iron Age hill fort and has one of the many beacons that are spread out throughout the British Isles.  The last time it was lit was this year for Her Majesty’s Diamond Jubilee celebration.
Let me go back to Longbourn/Redbourn.  That too is situated on Watling Street (the Roman road that dissects England, and played its part in the Danelaw too.  Redbourn is still small, dates back to Saxon times, and is even mentioned in the Domesday Book.  It is uncertain whether the house the Jane knew as Longbourn is still standing or not.  There are a few candidates for it, but no one can be sure. 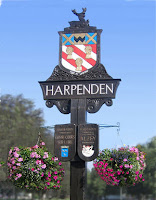 Allow me finally to take you to Meryton/Harpenden.  Today it is an affluent town, an excellent place to shop, and many people aspire to live there, but it apparently dates back to the Bronze Age.  It was the site of the second battle of St. Albans, which took place during the War of the Roses too.  Harpenden is known for its beauty and rural feel, and it was awarded a Green Flag for that too in 2007.  It is surrounded by parks and commons and is really a lovely place to visit too.
As you can tell, there is more to Hertfordshire than just the Jane Austen connection.  However, after Jane Austen draws you there, do spend time exploring the rest of what the county has to offer, I promise you’ll love it! 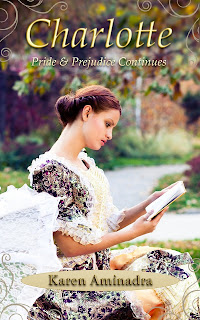 Posted by Barbara Tiller Cole at 2:31 AM