Hi, My Name is Ruth, And I'm a Darcyholic! 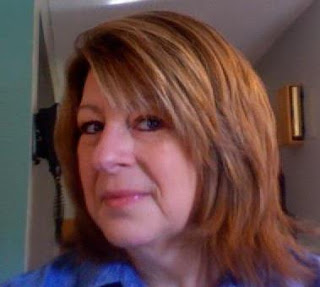 A Guest Post by Ruth Phillips Oakland
Hi, Darcyholics!  What a treat it is today to share a post from a Darcyholic I have met IN PERSON! I have visited with Ruth both in my home town of Atlanta, and hers of Boston. I hope you will enjoy getting to know her as much as I have!

Comments on Ruth’s post will enter you into this month's monthly drawing (to be given away at the end of the month from all the comments on the blog this month). Entries will be based on comments on blog posts; but additional chances will be given for joining this site, tweeting this post, Joining this site as a member!, sharing this on Facebook or your blog, Friend me on Facebook, clicking 'like’ on Barbara Tiller Cole, Author's Facebook page, Join Darcyholic Diversions Facebook Page or following BarbTCole on Twitter.

My name is Ruth, and I’m a Darcyholic

My name is Ruth, and I'm a Darcyholic.  It’s been twenty minutes since my last Darcy fix.

I was introduced to the haughty and proud Mr. Darcy my senior year in high school when I chose Pride & Prejudice to read for a book report.  I found the language difficult and I could not catch his tone of conversation, or appear interested in his concerns.   I quickly surmised that Mr. Darcy was a high-maintenance babe and therefore not handsome enough to tempt me.  I could not give myself the trouble and instead gave my attentions to Edmond Dantès of The Count of Monte Cristo.   I must admit to still feeling the occasional stirrings for Dear Edmond, especially when portrayed by Jim Caviezel.  But I digress… 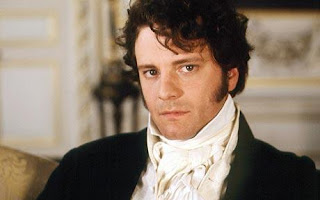 I was reintroduced to Mr. Darcy in 1995 when the miniseries starring Colin Firth and Jennifer What’s-her-name, was shown on A&E.  I was instantly captivated.  The day after the series ended, I went to my local bookstore and reluctantly procured a copy of the book.  I was delighted to discover that there was no repeat of my previous scruples about the handsome and noble gentleman from Derbyshire.
Mr. Darcy introduced me to Captain Wentworth, Mr. Tilney and that rascal Henry Crawford.  I devoured all Austen’s books and when completed, I put them on a dusty bookshelf and promptly forgot about them.   I had young children in school, karate carpools and my painting that kept me very busy.  I constantly lamented that my stained glass equipment was still buried in boxes from our move four years before.  I simply did not have time for a new obsession.
In 2006, I was strolling through my local blockbuster for a DVD to watch and since my husband was out town,  I chose Pride & Prejudice 2005.  That night, after my daughters were asleep and I was tucked up in bed with a glass of wine, I watched the movie.  I hated it, for I felt the story was not adequately told in less than two hours and I could not allow who ever that guy was to supplant Colin Firth as my Mr. Darcy.  Plus that skinny actress looked nothing like Jennifer What’s-her-name.   However, I was not sleepy, painting had long ago lost its appeal and my stained glass equipment was still in its boxes.  So I watched it again. 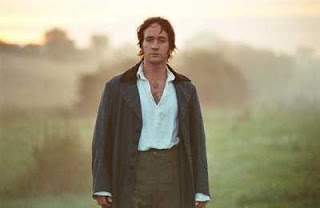 It was during this second viewing, in that moment when Matthew MacFadyen was walking through the Assembly and first sees the skinny girl that I felt compelled to freeze the picture, reverse for a few seconds and play that double take again, and again and again.  That was when I realized the very great pleasure which a pair of fine eyes in the face of a handsome man can bestow.  Like crack cocaine, I was instantly addicted.  I needed more Darcy!
To feed my addiction I pulled out my dusty copy of Pride & Prejudice and re-read it several times, but that was not enough to sooth the monkey on my back.  Logically assuming that if a sequel to Gone With The Wind was written, surely someone wrote a sequel to Pride & Prejudice too.  It was in my local bookstore that I discovered my first fanfiction – Mr. Darcy Takes a Wife by Linda Berdoll.
It was not long before I had purchased and read every published adaptation of Pride & Prejudice available in print, and yet the hunger for more could not be ignored.  I then turned to the internet hoping to find something out of print when I found a link to a story called, “When Least Expected,” by Lucy.  It was everything I had been looking for; funny, sweet, romantic, and when I shortened the http address to see what website it was posted on, I found The Derbyshire Writer’s Guild and hundreds of fanfiction stories – for free.  DWG lead me to Hyacinth Gardens, Firthness, Scotch & Sirens, Mrs. Darcy’s Story Site and eventually to A Happy Assembly, Austen Underground, 50 Miles of Good Road and The Bloom & Quill.
Here it was, a figurative intravenous feed of Darcy, and I have been blissfully mainlining ever since.
It was when reading this original backlog of stories at DWG that a story of my own began playing in my head.  The story was with me constantly.  I never considered myself a writer, but reasoned that perhaps, if I wrote something down, Mr. Darcy would let me get my taxes done or come up with something a little more imaginative for my kids’ dinner than a grilled cheese sandwich.
At that time Firthness held a monthly writing challenge.  I wrote one scene from my story and sent it off to a lovely woman named Clare who had agreed to be my beta.  I feared it would come back with ‘don’t ever post this’ typed across the top in big red letters.  Instead, Clare gave few edits and encouraged me to enter it in the challenge.
I can’t begin to describe the fear I felt when I posted that first story, or the thrill when the readers at Firthness made it that month’s challenge winner.  That story was called ‘Baby Blue’, and led to another Firthness challenge winner called “Mr. ________,” and then another story and another until eventually ‘Baby Blue’ was written into a 30 chapter story entitled My BFF.
Six years after that first double take by Matthew MacFadyen, I have written two complete long stories, more than thirty short stories and there are at least ten incomplete stories on my hard drive.  My posted stories can be found at A Happy Assembly and The Bloom and Quill.  My BFF was published in 2009 and while the print version is no longer available, the kindle, Nook and E-Reader versions can still be purchased.

Amazon Link for Ruth's Book
I suppose you can guess the fate of the stained glass equipment.
What is the lesson here?  My Darcy addiction has enriched my life and led me to new friends and new places.   If loving Mr. Darcy is wrong, I don’t want to be right!
Now please excuse me, but I’m feeling a little shaky.  I do believe it’s past time for my next fix.

An Editor's Note--I consider myself a 'dealer' of Darcy! Below is a Fix Just For Ruth! (Well, somehow I don't think she will be the only one to enjoy it!  Love, BTCole)