Diana John Oaks: A Rookie Author, But a Seasoned Darcyholic! 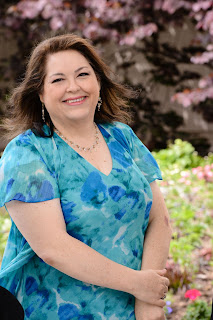 (For those of you who have had me in your prayers, I am feeling some better,  I particularly appreciate Diane understanding how late I am in getting this post up.  Thank you all. Barbara )

I’d like to thank Barbara, for the opportunity to introduce myself.  As a true rookie among a distinguished group of seasoned JAFF authors, I feel honored to be invited to share this space with people I truly admire. 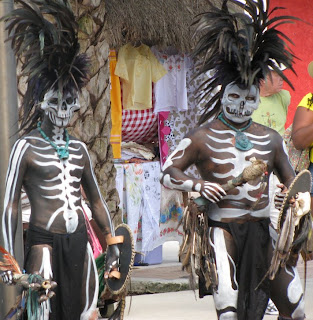 One day, shortly after my oldest son started college, I noticed that my usually reserved son seemed different somehow.  I asked him how his day had gone, and with a big smile on his face, he bounced on the balls of his feet as he said, “My people!  I’ve found my people!”
His people, as it turned out, spoke a language that he found utterly fascinating, who would sit around and discuss a topic he fell in love with from the moment he discovered it.  His people are economists.
I didn’t fully understand the significance of his discovery, of finding “his people”, until I found my own.  Janeites are “my people” and around them, I feel like I’m home, in company with my literary “relations.”  Janeites speak my language, they share my mental DNA.  My side of the family, by the way, is the Darcy / Bennet branch of the Janeite family tree.  The Dashwoods, Elliots, Bertrams and such are kinfolk, but more like cousins in my allegiance. 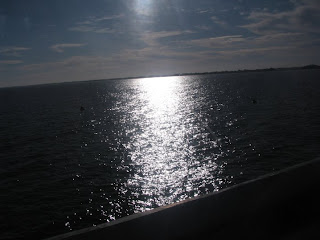 Sadly, my journey to the discovery of my literary home was set back by, of all persons, a librarian.  I was just ten, a precocious reader, consuming, and loving books that were well beyond my age bracket.  My mother predicted that I would probably love the book Pride and Prejudice.  On the next library day at school, after failing to find it in the card catalog, I went to the librarian at her desk and asked her where I could find a copy.  She laughed at me, and said that I was far too young to read that book. I should, she said, wait until I was at least twenty to attempt it.  I remember that, because at the age of ten, twenty is literally a lifetime away.
I was in fifth grade, and I considered librarians, along with teachers and parents, infallible.  I filed the title away under the category of “too hard to read” until it faded from my consciousness and was lost in the sea of “classics” that I didn’t get around to.  It would be decades before the title circled back around to me. 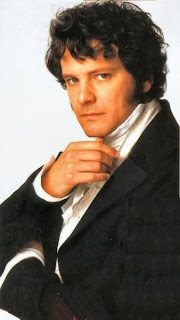 Like many others, I was caught in the net of Darcy fascination by the 1995 A&E production of Pride and Prejudice.  Unfortunately, I missed it in 1995 when the rest of the world fell for Colin Firth as Mr. Darcy.   It was not until 2004, when my niece loaned me her DVD set that I was caught in the spell.  After watching the DVDs obsessively for a couple of weeks, I went to the bookstore and bought myself the most beautiful hardcover edition of Pride and Prejudice I could get my hands on, and proceeded to read it through twice in two days.  I was enthralled.  It had taken more than three decades from that day in the elementary school library for me to discover Pride and Prejudice. The rest of Jane Austen’s work followed, but during this personal discovery phase, I was in a bubble - I had no idea that there were whole organizations celebrating her; I just knew that she inspired me, and ignited my desire to write.  When I found Jane, I joyfully returned to my long-neglected love affair with the pen.  An Austen-inspired romance novel emerged—a novel that has since been through several edits, but still sits on my hard drive, unpublished. 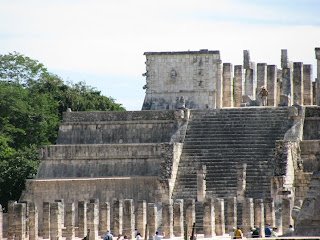 In October 2010, the downturn in the economy hit me personally.  My hours at work were cut from full-time, to ten hours a week.  I found myself with a lot of time to spend, but no money. Chasing down and clipping coupons was my most despised and short-lived hobby from that period.
In December of that year, I contracted the flu.  What is better than a Pride and Prejudice marathon when you’re lying feverishly on the couch, right?  So there I am, listlessly watching Darcy and Elizabeth in the parsonage at Hunsford, when a question occurred to me.  I don’t recall the question, but I sat up and searched for an answer on my laptop.  One promising entry in the search results linked to a website called FanFiction.net.  I found, not an answer to my question, but a well-written story that featured my favorite characters from Pride and Prejudice.  Since I had lost 75% of my income, the price was right for my non-existent budget—free.  During the course of my illness, I read six novel-length Pride and Prejudice stories on that website.  I noticed as I read that there were typically a handful of reviews for each chapter.  It seemed to me at the time that I had inadvertently discovered an obscure little corner of the internet where I could return to the habit of writing again while I had the time to do it.  With some luck, I would pick up a few readers for the added bonus of having feedback on what I was writing. 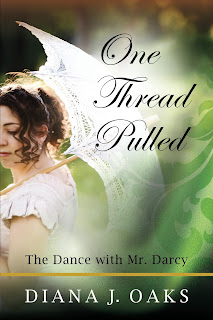 This was the genesis of One Thread Pulled, and I found more of “my people” every day as I composed and shared the story.  I confess that I was having too much fun with it to take it very seriously for the first few chapters, but the readership swelled quickly, and I realized that not only did they care about what I was writing, I did too.
I began to pour my heart into the story, adding elements from my own life experience into the plot.  This personal aspect of One Thread Pulled definitely sets a different tone than what Austen herself wrote. An experience I had with a dear friend, whose inexplicable behavior ultimately led to the heartbreaking diagnosis of mental illness, worked its way into the plot.  The tragic and violent death of a man I knew, a victim of his own dark, secret life, was also incorporated into the plot. The momentary lapse of self-control of an otherwise decent person I know, family secrets and raging hormones were all threads from my own history that added to the texture of the story.  Some have called these particular things contrived and overly dramatic, but I know they are plausible, because they spring from deeply personal, true events in my rather unextraordinary life. I don’t ask anyone to actually suspend disbelief, I just hope they’ll stay open to the possibilities.  I do believe that these sorts of things are true to the spirit of Jane Austen’s work.  She gave us hypochondriacs, narcissists, control freaks, lechers and scoundrels.  Her work introduces depressed persons, anxious persons, perfectionists and recluses in addition to her deliciously flawed heroes and heroines.  I love that about Austen. 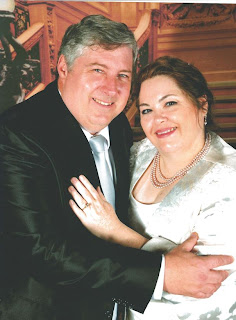 I had not intended to publish One Thread Pulled when I started writing it, but was ultimately persuaded to do it by my readers.  I had fairly low expectations for sales beyond the readers who had expressed a desire to obtain a copy.  I was completely unprepared for the amazing response the book has had so far from the Darcyholics of the world.
The pressure is now on for me to complete the sequel, Constant as the Sun, which sees Elizabeth and Darcy through a London season as an engaged couple. I am targeting completion for 2013.
I am offering one autographed copy of One Thread Pulled, mailed anywhere in the world.  Leave a comment below to be entered in the giveaway.
Diana Oaks
(Diana sent me some pictures from her cruise, and I took advantage of having them to use them for this post.  Love the final one with her Darcy.)
sunriseatpemberley.blogspot.com
amazon.com/author/dianaoaks
facebook.com/OneThreadPulled


Posted by Barbara Tiller Cole at 1:21 AM