(When watching the interview below on the Today Show, little did I expect that Susan Fales-Hill would agree to visit with us here at Darcyholic Diversions.  I hope you enjoy getting to know her as much as I have.  She will be giving away SIX hard back copies of Imperfect Bliss.  Your comment is your entry, but be sure to include a contact email.  Extra entries as usual. Winners will be announced after December 15th.) 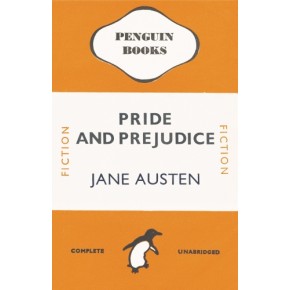 With a couple of notable exceptions, my love affair with “Pride and Prejudice” is the longest of my fifty years on this planet.   It began when I was sixteen, and already an avid fan of Nineteenth Century French and English novels (my heroine at the time was Queen Victoria, a symptom of my personality disorder, ADR -Acute Delusions of Royalty.)   Though I favored the florid language of Dickens and Balzac,  Austen’s spare, epigrammatic prose proved a revelation.   Her wry humor drew me in, as did her sharp yet humane satires of the sillier Bennett sisters, of the snobbish Miss Bingley and the pedantic Mr. Collins.   And then, of course, there was Elizabeth, the warm, strong, intelligent, intellectually accomplished and elegant woman I aspired to become.  My Penguin paperback edition quickly became a constant literary companion, read and re-read whenever the opportunity arose.  One summer weekend in college, I read it aloud to my best friend as we sat by the shores of a lake (such a pastime seems unimaginable in today’s frantically wired world, but I highly recommend it over “texting,” or even “sexting.”)
In my untried youth, I appreciated the book’s literary merits without quite grasping its warnings about the pitfalls marriage.  People think of “Pride and Prejudice” as a romantic tale, and certainly Darcy and Elizabeth’s union is one of the most moving in all of Western literature.   In Darcy, Austen has created the ultimate female fantasy: a dark, brooding, sensuous man who is also emotionally, morally and financially reliable, Heathcliff without the temper and with a better retirement plan.   If one examines the book closely, however, it presents the reader with only three “marriages of true minds” that of Darcy and Elizabeth, that of Elizabeth’s aunt and uncle, and that of Bingley and Jane.  Every other union is one of unequals, Mr. and Mrs. Bennett, Charlotte Lucas and Mr. Collins, or based on financial expediency and impure motives (Lydia and Wickham.)    The triumph of Darcy and Elizabeth’s romance, in which the former overcomes the class prejudice of his day to marry a woman of lesser social rank, represented a subservice happy ending Austen failed to experience in her own life.   As a young girl, she fell in love with a member of the landed gentry only to have her amour ripped away by his family and forced to wed a woman of “equal standing.” 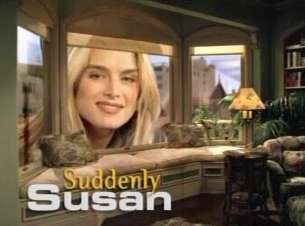 It was only as I matured, and experienced marriage myself that the book’s darker shadings became apparent.  In my dating years, Darcy and Elizabeth’s romance served as my template of the perfect “happily ever after.”   Given that I spent my twenties and early thirties living in Los Angeles and writing for sitcoms (“A Different World,” “Suddenly Susan” etc..)  this was a less than achievable ideal.   Elegant Darcys do not abound in the entertainment industry so I was condemned to many a Saturday night snuggling up to Darcy on the page.   A good friend and colleague suggested at one point that I would save myself a good deal of time and heartache by inviting any potential suitor to my home before a date and asking him to watch my favorite film adaptation of the book, the 1938 version starring Lawrence Olivier and the luminous Greer Garson.   If the young man in question made it through the full two hours, my friend’s theory went, we might have a prayer of finding common ground.   I never did attempt this method of triage because I knew the assorted directors, actors, executives, rappers and ball players who found their way to my door would probably not make it past the “Assembly Ball” scene. ( All’s well that ends well, the man I married undertook to read not only “Pride and Prejudice” but also, “Madame Bovary,” another favorite.)
Still the book remained an obsession.  At one point, I developed an idea for a television “dramedy” based on a contemporary version of the Bennett family.   Like many an idea pitched in Hollywood, it landed in the “round file.”   Then, a good decade later, after I’d finished my first novel, “One Flight Up,” the tale of a multicultural group of women bound by friendship, an alma mater and adultery, my agent and editor suggested I return to the notion of updating “Pride and Prejudice.”  The advent of reality T.V., with its parade of women vying, twenty-five to a hot tub, for the attentions of an unremarkable yet buff and toothsome young man (“The Bachelor,” any given season) seemed to provide the perfect fodder for Austenesque satire and social commentary.  The marriage market skewered by Ms. Austen has found its latest incarnation in the worlds of the “Real Housewives,” and “The Bachelor” and “Bachelorette” franchises.   And are not the Kelly sisters, the twin “Tampa socialites” at the center of the Petraeus scandal modern day replicas of Kitty and Lydia, running to consort with the local regiment? 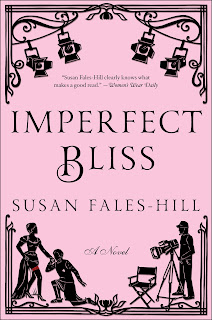 And so “Imperfect Bliss,” the story of a family with four eligible daughters one of whom is selected to be the star of a reality show I titled “The Virgin” (and lest my reader recoil in horror, one of the networks developed but then chose not to proceed with a reality show with that very title…) was conceived.  I won’t give too much away, but the book has its Elizabeth (the Bliss of the title, a divorcee pursuing her PHD in history and studying the 18th Century Chevalier de Saint Georges, aka “The Black Mozart”) and its Darcy (you’ll have to read it to guess which man that is.)  Like the masterpiece to which it pays homage, it is, at bottom, the story of a woman and a man finding lasting passionate love by learning to “read” others with open hearts and understanding, as opposed to judgment.   The original title of “Pride and Prejudice” was “First Impressions,” and in that theme lies the key to the eternal appeal of Austen’s work.   Is not the quest to see and be seen, to love and be loved, truly, madly, deeply the essence of the human journey?   Here’s to reading Austen for another two hundred years.
Link to Imperfect Bliss on Amazon