Amy D'orazio: Lessons Learned from Pride and Prejudice Through a Child's Eyes

Amy D'orazio: Lessons Learned From Pride
And Prejudice Through A Child's Eyes 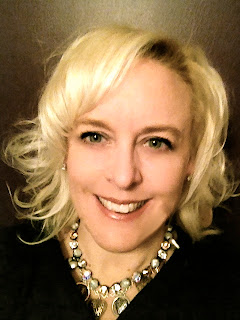 First, thanks to Barbara for inviting me to do a guest post on this wonderful site of hers. It’s always a good feeling to be among those who share this hobby ~ even if it is a virtual society, it’s still a bit like coming home!
It’s hard to pinpoint exactly when my love of Pride and Prejudice, and the rest of Austen’s novels too, blossomed from interest to obsession. Probably like many of you, I first read the novels in high school, and for my favorites (P&P by a landslide, but also Persuasion and Emma), I would pick them up again as the years rolled on, always enjoying them thoroughly and finding something new to love in them each time. 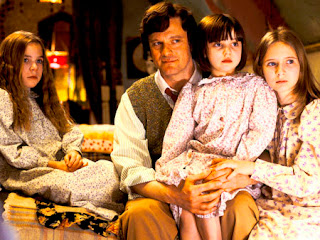 I would have to say my true love, and appreciation of P&P was born a few years ago. It was a quiet Saturday or Sunday afternoon, and my young daughters and I were flipping through the channels trying to find something we could all agree on to watch. Suddenly my youngest daughter (then a 6 year old) exclaimed, “Hey look! Isn’t that the dad from Nanny McPhee?” With that, we all had agreement on wanting to see what ‘the dad from Nanny McPhee’ was going to get up to next. 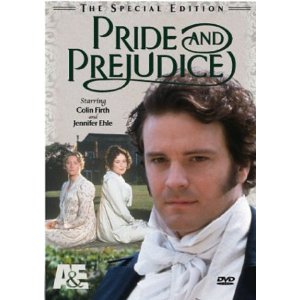 We didn’t watch all six hours of it that day, and in fact, came in when Darcy and Elizabeth were already at Rosings Park, so some explaining was required, as well as a thorough re-watch later, once the DVDs were ordered and arrived. At first, I told them the basics: it’s the ultimate Cinderella story. The poor (-ish), not so beautiful girl who by virtue of her wonderful personality and intelligence marries the prince. We all love that story, don’t we?
Of course, like so often happens, my kids gave me a whole new perspective on P&P. Listening to the ideas and concepts they drew out of it made me realize how much more there is than just a romance ... it’s very nearly the meaning of life all rolled into one fabulous story. 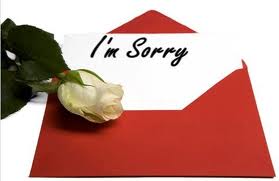 The first concept, put forth by my youngest, was pretty simple: You should always apologize right away if you hurt someone’s feelings. This led to a spirited debate on what would have happened if Elizabeth had not heard Darcy and he walked up and apologized -- he would then be forced to tell her his comment and hurt her feelings anyway. After much discussion of the options we came to the real crux of the matter -- any time you talk about people behind their backs, it’s going to lead you into trouble so you just shouldn’t do it. 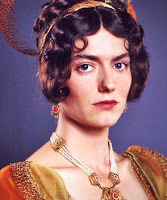 Caroline Bingley, interestingly was the inspiration for our second discussion. My girls decided, first of all, that she was a bully. I had never thought of her like that, but when they said, I realized it was true! And like most bullies, she got that way feeling badly about herself -- she always wants what she doesn’t have and isn’t grateful for what she does have. Mr. Bingley, on the other hand, is always pleased with what he has, and is thus happy and nice (their words) because of it.
There have been so many more of their thoughts that have amused me, inspired me, and most of all, made me love this story more and more. Things like: when you always pretend something is wrong with you (a la Mrs. Bennet) pretty soon no one believes you about anything -- even when something really is wrong; or, it’s okay to be helpful but no one likes someone who’s bossy (Lady Catherine); and, from Mary Bennet and Sir William -- don’t take yourself too seriously. They are also very firm in their contentions that Mr. Collins, in the BBC adaptation, is seen spitting on Elizabeth during his proposal. I’ve watched it many times and not seen it but nonetheless, the wisdom in say it, don’t spray it cannot be denied.
Now that a few years have passed, I find myself with a teenager and an almost-preteen, my most valuable character is Lydia Bennet. I find young Lydia’s everywhere I look these days, young girls who want to grow up too fast, wearing their short, tight clothes, and enjoying way, WAY too much freedom. 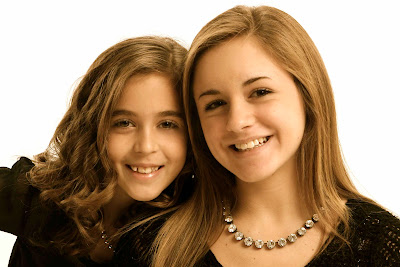 It’s a great thing to be able to show your young daughters that, although it seemed like Lydia was having a pretty good time (dancing all the dances, going on vacation by herself, roaming around town whenever she wants) in the end, the man she thought loved her was ready to ditch her without a second thought. He had gotten what he wanted from her and that was it for him.
I really loved the day my daughter wondered aloud why Wickham never ‘tried anything’ with Lizzy and then concluded on her own that he must have seen that Lizzy would never have put up with it. That Lizzy, unlike Lydia, knew how to be lively and have a good time without lowering herself or compromising her standards. Lizzy has respect for herself and others respect her for it.
Recently I’ve asked them more about the love story in it all. After all, we’re here because we are Darcyholics, and while I would not say I myself have completely married a Darcy-type (he’s got quite a bit of Bingley’s joie de vivre in him) in essentials, I’d have to say there is a good bit of similarity and I wondered if they saw it too. Their summation of Darcy had to make me laugh, and I’ll couch it in the phrases of Jane Austen in hopes it will amuse you too. It’s a truth, universally acknowledged that when a boy likes a girl -- it makes him act weird. It was true 200 years ago, and it’s true today too -- but if you wait until he gets through it, then you find the good stuff!
Posted by Barbara Tiller Cole at 9:08 PM