Where Would We Be Without Darcyholic Readers! 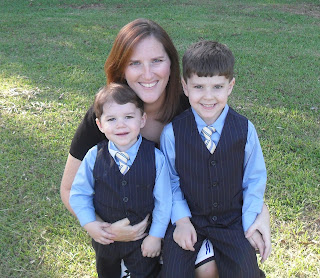 Hi, Darcyholics!  I am very happy to introduce you to Stephanie.  She is one of those unsung heros in the Jane Austen inspired literature world.  She has served as a moderator on one of the online forums and as a beta.  But she is also a FAN.  None of the writers that post here at Darcyholic Diversions would exist if it were not for our fans.  Welcome Stephanie!

Don't forget to read any posts from the last week and a half you might have missed as it has been busy!  There are many opportunities for upcoming drawings including double giveaways from Kara Louise, Becky Thumann, Sharon Lathan, Shannon Winslow and Karen Wasylowski; as well as the posts from Gayle Mills and Jan Ashe.  Read ALL of them and don't forget to comment!  Comments are your entries to WIN those giveaways!

Comments on Stephanie's post will be entered into the monthly drawings here at Darcyholic Diversions.  Winners will be selected along with other June winners, at the beginning to July.  Entries will be based on comments on blog posts; but additional chances will be given for joining this site, tweeting this post, Joining this site as a member via Google Friend Connect (GFC) (See the left hand column on the blog to join!), sharing this on Facebook or your blog, Friend me on Facebook, clicking 'like’ on Barbara Tiller Cole, Author's Facebook page, Join Darcyholic Diversions Facebook Page or following BarbTCole on Twitter.


Where Would We Be Without Darcyholic Readers!!

Part of me wonders why I agreed to participate in Barbara’s most popular blog. I am no major player in the world of Jane Austen Fan Fiction.  I’m no one special and really don’t have much to offer.  But then I thought about what I have done since I’ve discovered the JAFF community, and I realized that just being a beta is something special.  Posting a story can be very scary for authors, and they need all the support they can get.  A good beta, if anything, is there to support her writers.

Prior to finding JAFF, I was just your typical “average Jane” and not much of a reader.  When I was young, there was a time that I read every Goosebumps and Sweet Valley High book ever made; but as I got older, reading books became a thing of the past, and friends took priority.  After I became an adult, I was more concerned with work, and then about starting a family.  I had no desire to spend my free time with my nose stuck in a book.

This all changed in 2009 when my husband was deployed for a year in Afghanistan.  I was eight months pregnant with our second child at the time and spent the lonely nights watching movies.  I came across Becoming Jane first, which led to watching more period pieces.  I felt like I watched more movies in that short time then I had in years.  Of course, Pride and Prejudice, both the movie and the TV series, drew me in.  I wasn’t satisfied until I read the original story in full and actually ended up reading it twice.  In the end I came to the conclusion - I LOVE DARCY! 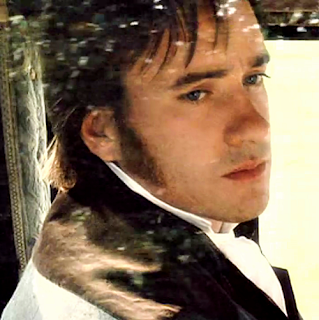 Then one day, browsing through the book section at Target, my eyes were drawn to the word “Darcy.”  I was immediately intrigued.  It was a Pride and Prejudice sequel!!  I had no idea such books existed.  I bought and read it that same day.  The very next day saw me walking into Barnes & Noble searching for more sequels.  After several trips, I eventually had bought every sequel I could find in the bookstore.  At that point, I expanded my search to Amazon and found a treasure chest full of more sequels.  I found myself visiting one of the author’s websites, which led me to the many JAFF forums.  Thus, my obsession truly began.  I couldn’t get enough.  There were just so many stories out there, and I rediscovered my love for the drama, mystery, and romance found in a good story.

Like most people when joining the JAFF forums for the first time, I was a little shy and nervous about commenting.  I eventually became more comfortable and found that the JAFF community was filled with very pleasant, sweet, and funny people.

How did I go from being shy and nervous about commenting to being a beta for various authors?  Well, I’ll bestow the credit for introducing me to the beta world to Katie Baxley.  She asked if I would be one of her betas for the new book she was working on at the time.  At first I was a little awed and intimidated.  Here was an author of two published books, both of which were sitting on my shelf, asking if I could help her with her new one.  I’m not an English major, nor did I even enjoy the subject during school.  How could I possibly help?  But I couldn’t say no.  I was completely intrigued by the whole process.  I learned a great deal about what to look for and what to suggest.  I found that I had an eye for detail and did really well as a plot beta. 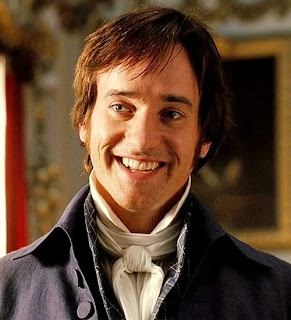 And, so my journey as a beta began.  Since my first real foray into being a beta for  a story, I’ve helped several other authors.  Even though I’m not the grammar expert, I do help in my own way; ensuring consistency and finding plot holes are just as important to a story as is grammar.  I often wonder how I, someone who hated reading in high school and despised writing papers in college, can find so much pleasure in helping someone else write their story, chapter by chapter.

My advice to those who find themselves in a similar situation, or for those who just want to help, is not to be afraid to check out those beta threads on the various forums.  There are many authors looking for all kinds of help.  You don’t need to be an expert in grammar or even good with details.  Sometimes an author needs a cold reader, someone to help her brainstorm, or, even just someone to say that his or her story is good enough to post.  Also, if you are on the verge of wanting to write your own story but are unsure of where to start, I would recommend being a beta first.  There’s nothing that will get your writing juices flowing more than being a beta.

No matter if you have been around the JAFF community for many, many years or only for months, there is always room for new betas.  There are so many authors out there who need support; I urge you to take the leap as a beta and make your mark in the JAFF world.