Gayle Mills: I am Addicted to JAFF 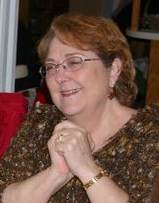 Hi, Darcyholics!  It is so nice to welcome one of those very special people that are behind the scenes.  Gayle works very hard as a 'beta'/editor for many Jane Austen inspired authors.  She is also working on a story of her own!  So hopefully we will see it down the road.  I hope you enjoy getting to know her!

By the way, if you have missed posts this week we have posts with double giveaways from Kara Louise, Becky Thumann and Sharon Lathan.  So read ALL of them and don't forget to comment!  Comments are how you WIN those giveaways!

Comments on Gayle's post will be entered into the monthly drawings here at Darcyholic Diversions.  Winners will be selected along with other June winners, at the beginning to July.  Entries will be based on comments on blog posts; but additional chances will be given for joining this site, tweeting this post, Joining this site as a member via Google Friend Connect (GFC) (See the left hand column on the blog to join!), sharing this on Facebook or your blog, Friend me on Facebook, clicking 'like’ on Barbara Tiller Cole, Author's Facebook page, Join Darcyholic Diversions Facebook Page or following BarbTCole on Twitter.


I AM ADDICTED TO JAFF 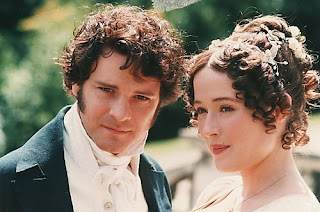 I am an addict.  Yes, it’s true.  If you had known me years ago, you would surely have thought me the last person in the world to have come under such an affliction.
I am not very particular about the delivery system – books, kindle, movies, TV series, on-line versions, blogs.  I will read completed stories, PIP’s, one-shots… I even find myself reading WIP’s – WIP’s for heaven’s sake!  I have been known to haunt fan sites and check chat rooms. I have even gone so far as to PM or email authors and suggest ways to speed the process along,  offering to come clean house or run errands – anything to get them back to writing the story I was currently imbibing. I never considered it stalking.  I can’t imagine why anyone did. But the officer who came to the door was very insistent that it stop.  Oh, well, I guess I’ll just never know if Frederick manages to recover and bring justice to bear on Aine and her cohorts, or find out who killed Mr. Collins, or if Darcy really would take Lizzy as his mistress (eeek!), or if Elizabeth took the job in Hunsford and left Will to his Dreamliner, or if Darcy cut his concert career short to humor Lizzy’s desire to teach.  I mean, come on, I love teaching, but would I choose that over Darcy?  Who are we kidding here? 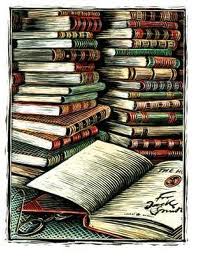 I am all too familiar with the language used in Regency.  Thither, whilst, pelisse, curricle, rattlepate, modiste, breeches, barouche, abigail, hoyden, rake – perfectly wonderful words in sentences with a flowing cadence. And the places I’ve visited! – London, Lambton, Longbourn, Meryton, Bath, Pemberley, Derbyshire, Kellynch, Somerset, Highbury – all within the pages of the books I greedily devour.
I love the Regency stories, but I’m an equal opportunity reader.  I’ll also read modern stories, as well as stories set in the depression era, World War I, World War II, or the American colonial period. I’ve been to England, Ireland, Canada, New York, Seattle, the San Juans, Cape Cod, and Hudson Bay. I’ve even time-traveled.  And recently, I’m making trips to heaven with my Darcy angel.
I’ve often been asked (mainly by my son) why I enjoy reading stories that follow the same basic plot.  Well, it’s obvious he’s uninformed.  He spends way too much time reading psychology journals and research analyses.  But the question has merit; so, I’ve given it some thought.
JAFF basically falls into three categories:  1) sequels, 2) re-tellings, and 3) variations. 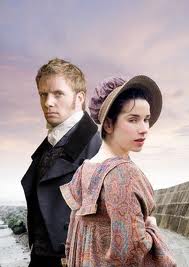 I enjoy sequels because they answer the question of what happened to these wonderful characters Jane Austen wrote.  Did Anne and Wentworth have a wonderful marriage with almost no time to test their love for each other?  It’s not like they were writing to each other during those eight years they were apart.  Did Darcy and Elizabeth find happiness or did they struggle to control their stubborn natures and find that balance in their marriage that would enable them to share the life we all imagine that they had?  Did Emma give up her match-making agenda or did she test Knightley’s patience time and time again?  He was, after all, almost two decades older than she.
There are so many paths to wander down in sequels, but re-tellings focus on filling in the gaps, revealing to us what Darcy was thinking after the Netherfield ball, showing us how he spent his winter before visiting Rosings Park, taking us through his summer before his reunion with Elizabeth at Pemberley.  Re-tellings give us background for those eight years Anne and Wentworth were apart.  They give us insight into the man who wrote the most beautiful love letter in any Austen work.  The words “pierce my soul.” 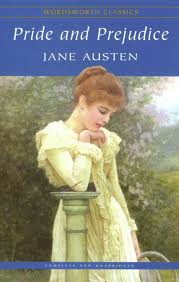 But the most possibilities abound in the variations.  They take the skeleton of Austen’s plot and drape it with a different era, or a different location, or a different outcome.  They are the great “what-if” stories. And I love them.  I love that I can follow a Pride and Prejudice variation knowing that the insult is coming, the attraction is brewing, the confrontation is looming, the explanation is following, the reunion is at hand, the crisis is averted, and the proposal is accepted. I don’t read any story where Elizabeth and Darcy don’t end up together.  An author can play with the colonel, Jane, Charles, Charlotte, Wickham, Lydia, Georgiana, and Caroline.  But D & E must be together when the dust settles.
I used to be of the same mind with Persuasion variations until I read Love Suffers Long and Is Kind, the marathon story Susan Kaye and Laura Hile wrote. By the time the story was nearing its conclusion, I totally loved Captain Benwick and was perfectly satisfied to find him married to Anne. Of course, that was an anomaly – one I don’t expect to be repeated any time soon.  Laura’s done much the same thing with the Mercy’s Embrace series. She’s taken a character we all love to hate, and made her into a character that I can totally embrace because it’s easy to see myself in her.  I just love variations.  Did I say that already? 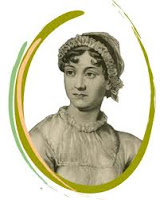 I do have standards, however.  I’m not a total lush yet.  I want a story that’s well-written and edited.  The plot must at least be credible.  The characters must remain true to the qualities that defined them in Austen’s works. The era and the circumstances may change, but the characters and their quintessential natures must be identifiable in order for me to believe the story is a legitimate Jane Austen Fan Fiction.
Otherwise, why bother?
What’s your addiction? How are you handling it? Let’s talk.
Gayle blogs with The Crown Hill Writers' Guild at http://crownhillwriters.wordpress.com
Posted by Barbara Tiller Cole at 7:45 PM