True Confessions of a Darcyholic 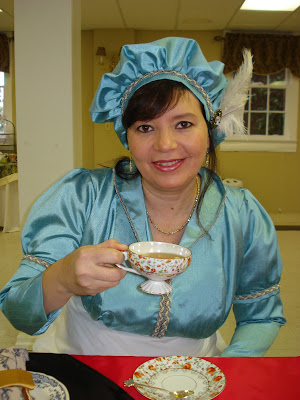 
Hi, Darcyholics!  What a treat it is to meet Darcyholics from all over the world.  Today we have Rita Watts, now living in Georgia, but originally from Brazil.  I hope you enjoy getting to know her!


Comments on Maria’s post will enter you into this month's monthly drawing (to be given away at the end of the month from all the comments on the blog this month). Entries will be based on comments on blog posts; but additional chances will be given for joining this site, tweeting this post, Joining this site as a member!, sharing this on Facebook or your blog, Friend me on Facebook, clicking 'like’ on Barbara Tiller Cole, Author's Facebook page, Join Darcyholic Diversions Facebook Page or following BarbTCole on Twitter.

True Confessions of a Darcyholic

Hi. My name is Rita and I am a Darcyholic.
(Pause for applause of support)
It all started one stormy night in a small town in Brazil when I curled up to read Pride & Prejudice published by Reader’s Digest. My mom was a big fan of those volumes because of the wonderful and varied compilation of fiction.

Years later I saw a movie called Valmont by Milos Forman with a young English actor named Colin Firth and it was a bolt to the heart…
Many years after that, I was already married to an American and living in Georgia, I found a promising DVD. It was then I saw my two passions become one in Jane Austen´s 1995 adaptation from BBC. 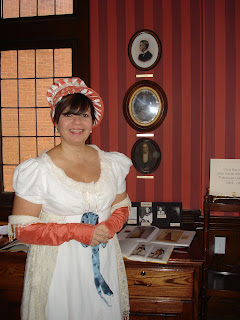 I knew who Jane Austen was, I have a minor in English Literature, and had seen several adaptations of her other novels such as Emma, Persuasion and Mansfield Park. I was a big fan but not yet a Janeite or a Darcyholic. I was just someone that liked to escape to English period dramas. It is my happy place - together with pretty much any place Colin Firth decided to go with his superb acting.
Another few years later I discovered several Jane Austen groups on facebook and became part of JASNA in 2011. Now I was officially a Janeite. Soon after, I met the wonderful Barbara Tiller Cole and the world of JAFF. I am still amazed how I could live all this time without the company of such people. I was quite honored when she invited me to write a post on this blog. 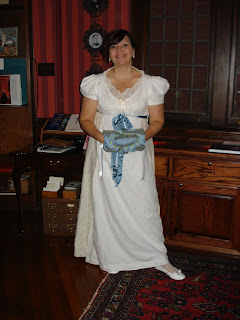 What to do? How could I entertain such amazing and clever writers and experienced readers? This is what I came up with. This dialogue did not actually take place. Well, let’s say…not in so many words. Enjoy!

Henry, “Hey, Mrs. Facebook! What are we having for dinner tonight?”
Liz, “Tonight? There is still plenty of time. We just had breakfast.”
“That was almost eight hours ago!”
“No, it wasn’t.”
“Have you been on facebook all day today?”
“No.” Sheepishly, she lowered her gaze.
“This has got to stop. Since you met this Barbara woman and joined this Jane group you won’t do anything around the house anymore. You are not even aware of the weather outside. Did you at least leave the room?”
“Yes, I sure did!” Liz looked up in defiance.
“Where did you go?”
Liz had a half-smile on her face when she said, “To the bathroom.”
“Wow, “Henry said with no little sarcasm, “I am so relieved you remembered your primary needs.”
“You will be happy to know I also brushed my teeth.”
“You are not even dressed and it’s almost time for bed again.”
“It saves time since, doesn’t it?” She said winking at him. “Besides, I don’t need to be dressed where I went today”.
“Where?”
“Austenland”
“I see.” Henry shook his head and let out a sigh.
“What do you see?”
“I see you need a doctor.”
“What for? I am perfectly content with my situation.”
“What situation is that? Staying in bed all day when you are off     work talking to a bunch of strangers about a man that does not exist and a woman that has been dead for almost 200 years?”
“Are you jealous of Mr. Darcy?”
“Me? Jealous of a character in a book?”
“Well, you know he is not actually just that. That is what we want people to believe. He is an actual person that lives in London. His name at the moment is Colin Firth.”
“At the moment?” He looked at her suspiciously.
“Yes. He is immortal. Only man worthy of his soul can be possessed by his spirit. Laurence Olivier was also the real thing. He passed the horcrux – the lock with Elizabeth’s hair with Darcy’s soul - to Colin Firth right before his death.
His mouth opened. “Oh my God, you lost your mind! Please tell me you are joking.”
“Of course, I am.”
“Very funny.” He breathed a sigh of relief. “I understand you love literature but this has become an obsession.”
“What gave you this idea?”
“Well, let me see. I noticed more than 50 purchases for your kindle and nearly all of them had Mr. Darcy on the title. That was in 2 weeks alone.”
“Oh, don’t be absurd. Some have Pemberley or Fitzwilliam on the title.”
“You now listen to a Baroque radio station. We are in the 21st century, for crying out loud.”
“Loud is the word. Another one is beautiful.  And I prefer that of the pianoforte. It is a classic.”
”You have commissioned dresses from an expensive seamstress that cannot be used for any purpose other than having tea.”
“You have to admit they are pretty.”
“Yes, they would be if I had a carriage.”
“Hey, that’s an idea!”
“Lord, have mercy! Be serious.”
“In discussions such as this, I find it more entertaining to be sarcastic. Besides, you are making me waste precious time. Someone just posted a new chapter of a fanfic that I want to start reading today.”
“What about dinner?”
“It is in a pretty box in the freezer with your name on it.”
“Astonishing.”
“Indeed.” She looked at him up and down. “But I don’t see you complaining  when I finish reading a steamy scene between Darcy and Elizabeth.”
Henry rubbed his chin and then smiled. “Well, I have to admit that is a plus.” 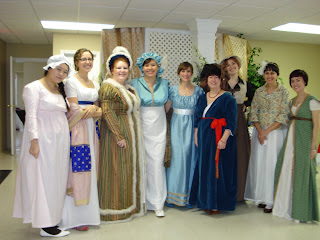 “So shut up, nuke the pizza and meet me here afterwards. Don’t forget to bring me some ice cream.”
“Ok. You win.”
Liz smiled. No, that was more like a devilish grin!

Posted by Barbara Tiller Cole at 10:20 AM