The Frog Prince Had It Easy: A Guest Post By Fitzwilliam Darcy

The Frog Prince Had It Easy

I am very happy to be hosting Fitzwilliam Darcy and his discussion of Laura Hile's book, Darcy By Any Other Name.  I have thoroughly enjoyed reading it!  It was a bold idea for a body swap story, but under Laura Hile's authorship was a fun treat.  I am a comedienne at heart, so I am always looking for comedic Austen inspired stories.   I have to admit that I have NEVER enjoyed Collins except as a character to torture.  But when Fitzwilliam Darcy entered his body he became more than simply tolerable.   I most definitely chose Tom Hollander's portrayal of Collins as I read Hile's book, as he had the most ability to transform into someone that Elizabeth could tolerate (if and only if Darcy was inhabiting his body of course).

There is a give away of an ebook copy of Darcy By Any Other Name to one lucky commenter.  Be sure to include your email address if I do not have it or if you aren't a facebook friend.  Extra entries for posting on Facebook, tweeting, following this blog, liking Laura or my author page on Facebook.  Post what you have done at the end of your comment.  Deadline for commenting is Sunday 2/19/17 at 9:00 pm. 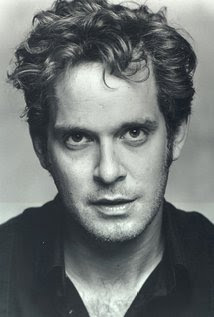 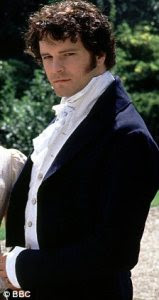 Perchance you recall that frog fellow in the fairy tale.  He’s a handsome prince, caught in a spell that changes him from a man into a toadish amphibian. The cure? Love’s first kiss. And therein lies the dilemma. What woman would ever kiss a frog? 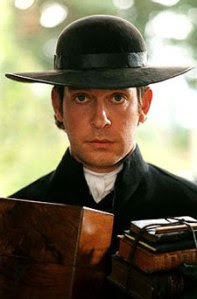 I can go one better. What woman would ever kiss William Collins?

No one, that’s who. And I am in a position to know, because in Darcy By Any Other Name, Laura Hile has made me, Fitzwilliam Darcy, switch bodies with William Collins.

You read that right, with Collins—that podgy, pompous bounder who can empty a room simply by opening his mouth. A kiss from adorable Elizabeth Bennet? Not on your life. As Collins, I’d have a better chance if I were the frog.

I would! See here, ugly animals are much cuter than ugly men. Then too, a talking frog is a miracle. A talking Collins is a menace.

That Frog Prince is a lucky dog. In fact, all of the heroes in romantic fairy tales have it better than I do. Don’t believe me? Read on.

I trust I have proven my point.
So, as Darcy By Any Other Name progresses, I have had to watch Collins attempt to fill my shoes as Fitzwilliam Darcy. It has been beyond galling—and once I stopped laughing, I took Laura Hile sternly to task.
She told me that I have overlooked a major benefit. Namely, that as Collins, I have the freedom to speak my mind—because no one cares what Collins says. Thus I have discovered that wisecracks and snarky asides can be rather fun. Especially because Elizabeth has been listening. 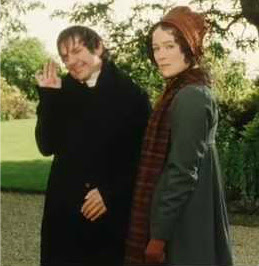 Hile went on to say that I would have a chance to kiss Elizabeth. Oho! And also to cross swords with my Aunt Catherine, give a set-down to Caroline Bingley, and kosh George Wickham on the nose.
Perhaps being William Collins won’t be so very bad after all.
Darcy By Any Other Name has turned out to be rather better than I expected—although I do wish it was my face, instead of Collins’s, on the cover. You will sigh, cry, laugh, and cheer me on when (as Collins) I clonk George Wickham. And then there’s that promised kiss...
Absolutely worth the wait, that. Even if I don’t end up being transformed into a prince.
Why not give this story a go? I think you’ll enjoy it. 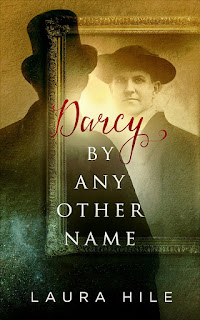 Barb, thanks again for sharing Darcy’s article, hosting the giveaway, and helping promote this book. I sincerely appreciate it.
Posted by Barbara Tiller Cole at 9:40 PM