An Interview with Ginger Monette


An Interview with Ginger Monette 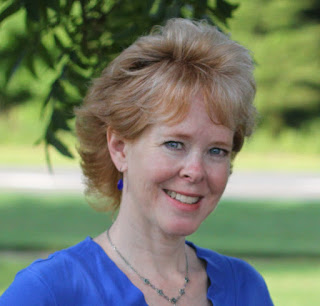 I am happy today to be welcoming Ginger Monette today as she makes the rounds on her blog tour.  Ginger reached out to me to be a part of the tour, and I was happy to have her visit and tell us her ‘Austen story’.  The tour is for her second book in the Darcy’s Hope series.  For any of you, like me, who have not watched the entire Downton Abbey series, I still enjoyed reading Ginger’s latest book.   Her second book in the series is an easy, intriguing story for any of you wondering if you have to read the first novel first.  Ginger is giving away Downtown Abbey tea as a part of her blog tour. 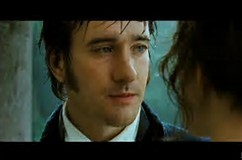 GM: Love at first sight! But my introduction to Austen is not your usual story.... I homeschooled my children and was working in an educational consignment store. Pride & Prejudice was a big seller, and my colleagues couldn't believe I had NEVER read (or seen!) it. My boss promptly lent me both the 1995 and 2005 DVDs, and a few days later I slid the 2005 version into my DVD player. Obsession soon followed... I bet I watched the sparring of Keira Knightley and Matthew Macfadyen ten times in ten days. When my daughter became interested, if she put the DVD in, all it took was for me to hear the music, and it beckoned me to the TV like a Siren.

Then, oh glory, I discovered Jane Austen fan fiction and period dramas, both of which opened new worlds to me.

BTCole: Did you enjoy the original P&P novel?

GM: I have to confess, I didn't read Austen's original work until just before writing my first JAFF novel. I'd been binge-reading fan fiction, so I was very familiar with the storyline and characters of P&P, but before I undertook writing a spin-off, I thought I'd better read the real one first!

I found it a hard read. I'm a practical, left to right, top to bottom person. I don't generally care for poetry as I have a hard time understanding it. My philosophy is “if you have something to say, just say it! Don't dress it up or veil the meaning with vague symbols and words chosen simply because they sound pretty.” But I digress—back to Jane Austen. The formal language patterns and her long sentences made it tough for me to absorb. I was also really surprised how much she tells rather than shows. But I understand that was the accepted style in her day.

GM: They are great romances! I also love her characters. Each one has a very distinct personality, which adds depth and interest to the plot. Many of her characters have personalities that just have to be “tolerated.” Mr. Collins and Lady Catherine are the first to come to mind. And everyone in Elizabeth's family (except Jane) have annoying quirks. But it is this kaleidoscope that makes for a very “colorful” story.

BTCole: What is your favorite Austen novel and why?

GM: Pride and Prejudice is my favorite Austen book.  : ) I tend to gravitate towards brooding men. (My husband is one, and I LOVE John Thornton as portrayed by Richard Armitage.) And I also think the conflict between Darcy and Elizabeth is brilliant. In all of their encounters, she challenges him verbally but is never overtly rude. Accustomed to being fawned over, Darcy is attracted to this woman who, though beneath him, doesn't fall at his feet. In addition, she is smart, clever, and holds her own. It's not until his botched proposal that she lets loose her fury—and he is gobsmacked!

BTCole: Who is your favorite character?

GM: As a reader, my favorite character is Darcy. To see a man in a position of power who is also kind and romantic is, dare I say...sexy?

As a writer, Colonel Fitzwilliam is my favorite. He's very easy for me to write—I can easily “hear” him in my head. I watched Master and Commander, the Far Side of the World and instantly decided that Captain Jack Aubrey as portrayed by Russell Crowe was my perfect Colonel Fitzwilliam. Darcy, however, is much harder for me to “hear.” On numerous occasions while writing the Darcy's Hope saga, I went to Youtube and watched P&P clips. Darcy has very distinct speech patterns, is methodical in his approach to things, and uses very few exclamations. Colonel F, on the other hand, is gregarious, animated, and is quick to spout-off. They are wonderful contrasts.

BTCole:  What about it made you want to write an Austen-inspired book yourself?

GM: I became intrigued with an idea: What if Colonel F met Charlotte at a ball? The ideas kept coming, but I had never (ever!) written a fiction story. I'm not kidding! In all my schooling, I never had to write creatively. However, I had a good bit of experience writing inductively. When another JAFF author offered to help me, I thought I would give it a go—just for fun. But within fifteen minutes of tapping out the first scene on my laptop, I was hooked. I loved the challenge of taking information (the basic plot) and weaving it with descriptions, dialog, and precise words in an attempt to create a story that sucks readers in and flows effortlessly.

After four and a half months of typing away in a small closet office, I emerged with a completed manuscript and an email inbox of 120+ email exchanges with my British mentor on topics ranging from the role of adverbs in fiction to the roles of horses in Regency England.

I then offered Tree of Life to an online JAFF community and got a good response. I realized it wasn't that much more work to publish it. Four months and six beta editors later, my first glossy-bound book arrived at my door. That moment stands out as one of the most exciting of my life.

BTCole: Tell us about writing your latest novel. 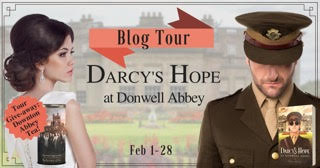 GM: I thought it would be a repeat of my euphoric experience writing Tree of Life, Charlotte and the Colonel, but it wasn't—at all. It certainly wasn't because I lacked enthusiasm. The Darcy's Hope saga was inspired by Downton Abbey, for heaven's sake! But it was HARD.

All I knew about WWI was “trench foot” and “trench warfare.” I thought reading a few diaries would suffice as research.... Boy was I wrong! Since Darcy was to be a captain in the army, I needed to be familiar with army structure and protocol. And since Elizabeth was on the medical side of things, I needed to know a lot about WWI medicine and the evacuation chain. And both of those were ENORMOUS and very detailed topics. If I wanted to get the details right (and I did) it was going to take some serious study. And study I did—for six hours a day for nine months. (Yes, I now feel like a semi-expert on WWI.)

But back to the experience of writing. Probably the biggest reason Beauty from Ashes was such a challenge was the plot. Though first and foremost a romance, it also includes character arcs for both D&E, a complex setting unfamiliar to most readers, and it all unfolds in the context of a mystery.

Donwell Abbey was no easier. I can't elaborate much without giving away major spoilers, but suffice it say that the injuries that befall Darcy set me up for trouble every time a scene was told from his point of view, and having Darcy fall for his “nurse” without appearing to betray Elizabeth was a feat as well.

BTCole: How would you characterize your writing style?

GM: From a plotting standpoint, I work to keep romance central to the story with everything else serving that. I want readers to feel immersed in the war setting without feeling like it is a “war story.” I plot with high action, suspense, surprises, and lots of plants with payoffs.

From a writing standpoint, I really value optimal use of language. I slave over nearly every word—searching for the best word to describe the exact image I mean for the reader to see, and the precise action I mean to convey. I work to be concise.

As for characters, I try to create colorful new characters while keeping Austen's original ones true to their personalities, even though they are living in an era a hundred years after canon. And finally, I write from what is called deep point of view. By putting myself in the character's shoes, I describe what he sees as he sees it, and interpret it as he would interpret it. The goal is to immerse the reader so deeply in the story that she feels like she is there, personally experiencing the drama, as if the author is nonexistent.

BTCole: Are you happy with the response to your novels?

GM: Yes : ) Hearing that readers love it on so many levels is immensely gratifying. The frustration and angst of three years of hard work fades away.

GM: I have notes for Great War Romances for most of the couples mentioned in the Darcy's Hope saga. Readers seem to be clamoring the loudest for Thornton's Hope, but I'll have to see. Before I can begin, I have to feel that I have a compelling plot as well as the enthusiasm and determination to bring it to life. 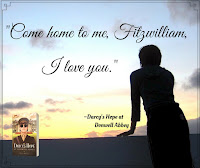 GM: I would say that even if you don't normally care for stories set outside of the Regency Era, I would encourage you to give Darcy's Hope a chance.

Enjoy : )  And thank you, Barbara, for hosting me today!