Uncovering the Darcy Past: Sharon Lathan

Uncovering the Darcy Past
by Sharon Lathan 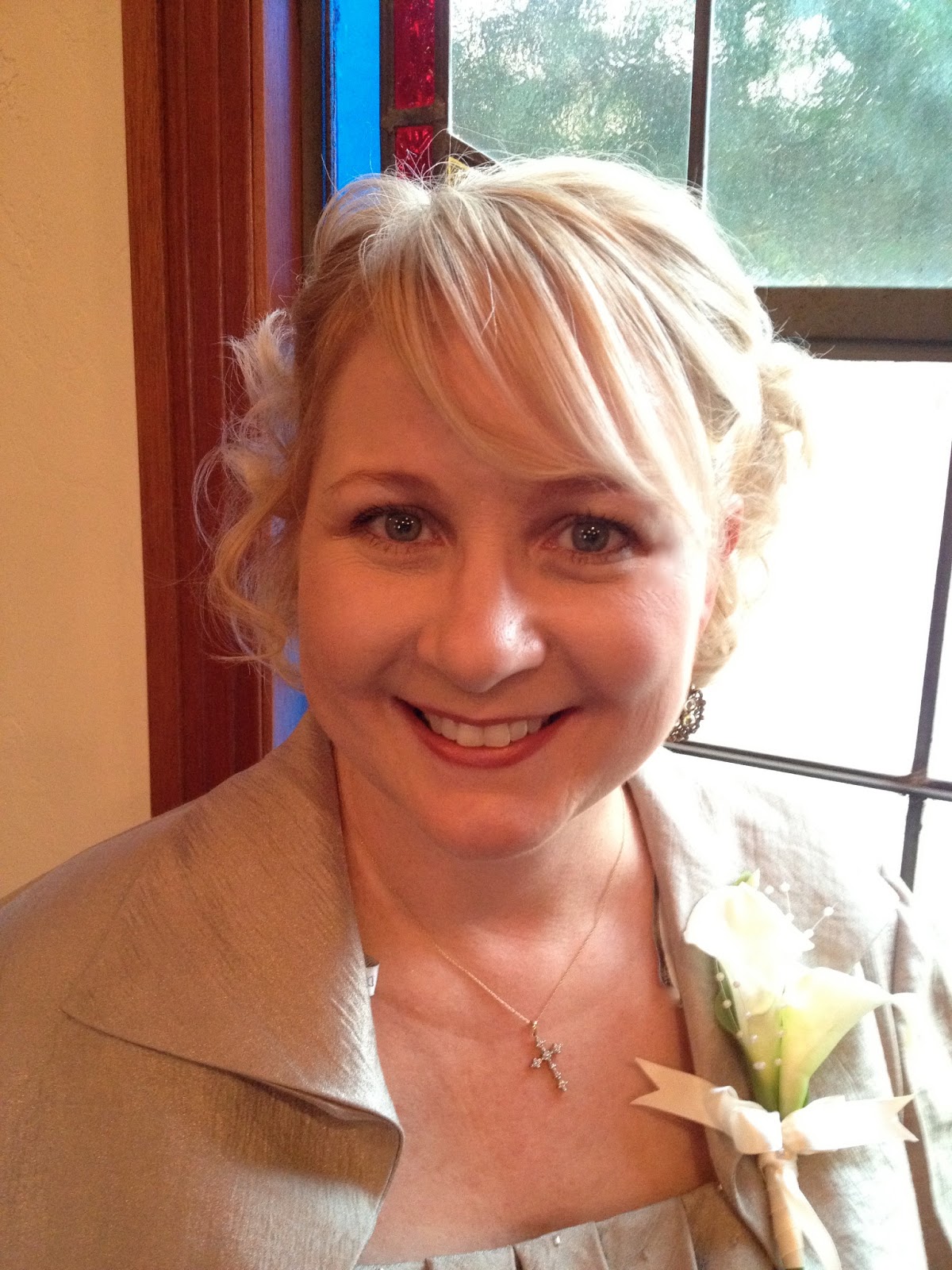 Happy to have Sharon Lathan with me here today at Darcyholic Diversions!  She is a part of the big giveaways here!  I will be drawing the grand prize winner on Sunday, March 3rd.  So there is still time to enter at this All For The Love Of Darcy Give Away Link.  And comments on all the other posts this month will be counted as extra entries!

One of the delights in writing a saga versus a single novel is the opportunity to dwell with the characters for a long period of time. As I wrote beyond my first novel, Mr. and Mrs. Fitzwilliam Darcy, I was inspired to create additional backstory for Mr. Darcy - that accomplished by introducing friends from his youth and university days, for example. Eventually my yearning induced me to look further than his immediate family. Darcy’s Uncle George, the star of my upcoming release The Passions of Dr. Darcy, was one result of inventing a bigger family for Mr. Darcy. The eccentric Marchioness of Warrow, and then Mr. Sebastian Butler, hero of Miss Darcy Falls in Love, are also byproducts of that need to enlarge the family.

Why stop there? In time I decided living relatives weren’t enough either! Going back in time, as it were, to tell the tale of Dr. George Darcy meant breathing life into long deceased characters such as James and Anne Darcy, Fitzwilliam’s parents, and many others. It was tremendous fun!

Yet with each step further into the past, my curiosity grew. Who were the Darcys? Where did they come from? Could Austen’s fictional hero be tied to established history?

According to ancestry.com, the Darcy origins can be traced to Arcy in Manche, France. It was common in the ancient world for family surnames to derive from the location of the clan, in this case Arcy, or Arci or Areci, as it was sometimes spelled centuries ago. In the French language, “de” is translated “of, or from.” Placing two vowels next to each other is awkward, so rather than “de Arcy” the surname was “D’Arcy.” All that said, there are other possible origins to the surname, none that can be certain as the correct origin. The English surname Dorsey is clearly linked to Darcy, but precisely where it began and deviated are unsure as well.

Nevertheless, while the exact etymology of the surname is questionable, tracking D’Arcys is relatively easy.

The first documented D’Arcy was a man named David who descended from Charlemagne (Charles the Great, 742-814), King of France and Emperor of Rome. Pretty cool, huh? David’s descendent, Sir Richard D’Arcy, accompanied William the Conqueror from Normandy into England in 1066, the first D’Arcy to touch English soil as far as can be known.

More than likely there were numerous migrations, but the strongest ties are to Sir Richard, who became Baron D’Arcy in short order for his valorous service at the Battle of Hastings. Some genealogies connect this Sir Richard to Richard, the 4th Duke of Normandy, and while that is super cool, the facts are tenuous. Solid scholarship points to Norman D’Arcy (a relative of Sir Richard, although unclear the relationship) being also granted a barony around 1100, this one in Lincoln, and his son Robert founded an Augustine priory there. Detailed history on this branch of the family can be read on this page of Geni.com

In the immediate decades to follow, D’Arcys became governors, constables, and sheriffs, and served in Parliament and as ambassadors to foreign courts. By 1300 the family had branched and settled in various places throughout England - York, Lincolnshire, and Derby among them. In 1320 Sir John D’Arcy was appointed Lord Justice and General Governor of Ireland. From then on the D’Arcy family figures prominently in Ireland’s history. One extensive genealogy of the D’Arcys of Kiltulla in Galway, Ireland can be read on Google Books in A Genealogical History of the Commoners. 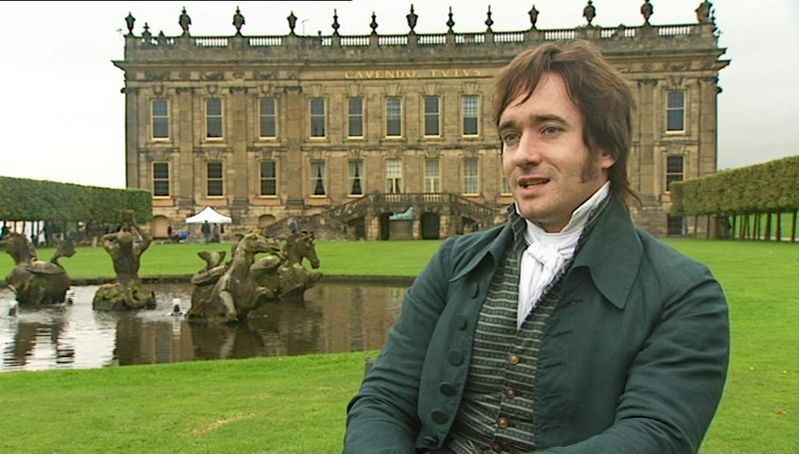 Now, as fascinating as this historical Darcy information is, incorporating it into my Darcy Saga series has been limited to the family tree tapestries that hang in the foyer of Pemberley. There I melded historical fact with the fiction of a mysterious second son as the ancestor to the Derbyshire branch of the family. For a woven tapestry that was enough.

For the novella I am currently writing, and that I hope to have finished and available within the next month or two, I thought it would be fun to elaborate. All for the love of Darcy, you see! Revealed for the first time, here is my vision of Mr. Darcy’s ancestry, concluding with a hint as to what the novella is about. 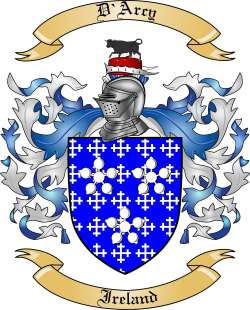 Somewhere in the 1420s, second son Frederick D’Arcy left his comfortable home in Ireland with his modest inheritance safely stowed inside his baggage. Alone he boarded the ship at Cork, but grinned joyously as he waved good-bye to his tearful family lining the wooden dock. Ever the adventurous boy and youth, none were surprised at his departure to explore foreign lands seeking fortune and new experiences. Nor were they overly surprised to receive rare, abridged correspondence as the years passed. For a man imbued with a spirit of wanderlust and mischief since birth, it was the natural, expected course.
When, after twenty years away, Frederick suddenly appeared on the doorstep of his family’s residence outside Bandon in Cork, happiness was the prevailing emotion. He was greeted with open arms, tears of joy, and a spontaneous feast that lasted a week. Equally welcomed were his blonde, blue-eyed wife and infant son. Clearly of Germanic or Scandinavian birth - the precise truth lost in the annals of history - Frederick’s bride was merely one scene in the grand tale recounted to his awestruck family. Dazzled by his stories they were, with many destined to become family legends wildly embellished by succeeding generations.
Revelations of the vast wealth he had acquired, and that he had changed his surname to Darcy, were surprising. The announcements that the famed adventurer of the family, the brave D’Arcy whose name was whispered with reverence and pride, planned to settle in England and become a gentleman landowner were staggering!
Frederick Darcy, so his sporadically written journals revealed, considered life as a proper husband and patriarch a serious undertaking and formidable challenge. He set his mind to this new course as doggedly as he had his adventures abroad. He obtained a sizeable portion of land in Derbyshire located on the southerly edge of the Peak with the River Derwent running through. A sturdy house was built for his expanding family, several dozen sheep were purchased, and local citizens of the shire were hired to assist in his farming and livestock endeavors. The humble estate was named Pemberley, for reasons never recorded, and by the time of Frederick Darcy’s death at the ripe age of eighty-three, Pemberley had more than doubled in acreage and worth.
As the decades rolled into centuries, the Darcy family increased in influence and wealth. So did Pemberley. A new manor was built in the late 1500s, and it underwent renovations and expansions numerous times. The estate’s size and importance multiplied exponentially, with more and more families in the area coming to rely upon the wisdom and protection bestowed by the Master of Pemberley and his kin.
Every Darcy born, male and female, learned of their ancestry with pride. Forever at the pinnacle was the legend of hearty Irishman Frederick Darcy. Intrepid adventurer, fearless trailblazer, solid citizen, cunning leader, and devoted family man, Frederick was the example. After three-hundred-years, his core traits held true amongst his progeny. Of course, not always did those traits evident in the older, steadfast Frederick Darcy outweigh the characteristics prominent in the young, audacious Frederick D’Arcy! Wanderlust frequently attacked a Darcy youth, some never heard from again, and rare was the child of Pemberley who did not enjoy causing some trouble.
Thank you, Barbara, for allowing me to share my obsessive love for Mr. Darcy with your readers. As a token of my appreciation, I have added an Ebook to the “All for the Love of Darcy” pot, the winner choosing the Darcy Saga title desired.

Sharon Lathan is the best-selling author of The Darcy Saga seven volume sequel series to Jane Austen’s Pride & Prejudice. Sharon began writing in 2005 and her first novel, Mr. and Mrs. Fitzwilliam Darcy: Two Shall Become One was published in 2009. Her eighth novel will be released in April 2013, The Passions of Dr. Darcy, an epic tale of an English physician in Georgian Era India.

For more information about Sharon, the Regency Era, and her novels, visit her website/blog at: www.sharonlathan.net or search for her on Facebook and Twitter. She also invites you to join her and other Austen novelists at Austen Authors: www.austenauthors.com