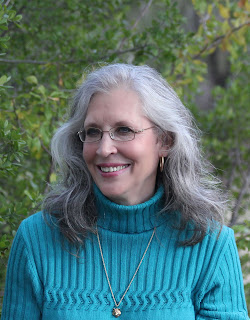 Hi, Darcyholics!  I am very happy to introduce to you one of my newest friends, Janet Taylor.  Janet won a guest post here at Darcyholic, but WE are the winners!  Her artistic talent and her love for Austen are a joy.  I know you will enjoy getting to know her.
Upcoming Guest Posts Are As Follows:
February 24--Nina Benneton
February 28--Maria Grazia (My Jane Austen Book Club)
March 2--Rita Watts
March 6--Ruth Oakland
March 9--Jack Caldwell (Celebrating The Three Colonels release)
March 13--Lynne Robson
March 16--Mary Simonsen
March 17--Jennifer Hickling (michchick)
March 20--Jan Hahn (release of The Journey)
March 23--Jeane Alvarez (P&P2005 blog)
March 27--Lucy S.
March 30--Elizabeth Kantor
April 3--Bonnie Carlson
April 6--China Fuentes-Montero
April 10--Matt Duffy
April 13--Regina Jeffers
April 17--Elizabeth Ashton
And Many more to come!
&*&*&*&*&*&*&
Comments on Janet’s post will enter you into a contest to win one of 2 sets of 10 of her ‘Darcy-inspired’ notecards, international winners accepted (thank you Janet!) (You will also be included in the drawing for 2 autographed copies of my book, Fitzwilliam Ebenezer Darcy--to be given away at the end of the month from all the comments on the blog this month). Entries will be based on comments on blog posts; but additional chances will be given for joining this site, tweeting this post, Joining this site as a member!, sharing this on Facebook or your blog, Friend me on Facebook, clicking 'like’ on Barbara Tiller Cole, Author's Facebook page, or following BarbTCole on Twitter. Please note any of these things that you do in your blog post for extra entries.

Long, long ago in a city far away, I read Pride and Prejudice in high school literature or college. Which one escapes me, but it was required reading. 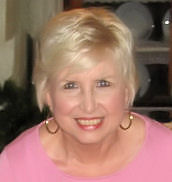 Fast forward to about two years ago, and my dear friend and author, Jan Hahn, reintroduced me to Jane Austen and more specifically, Pride and Prejudice. She also lent me her movie of the BBC miniseries starring Colin Firth and Jennifer Ehle.  (Yes, she did part with it, temporarily.) I LOVED the movie! I was hooked and was speedily reeled in to a new passion of all things Jane Austen! The passion has become an addiction as I cannot get enough of Mr. Fitzwilliam Darcy and Elizabeth Bennet. During one of our many discussions of JAFF, Jan told me that she forgot to mention that it could be addicting. A little late, I might add, was her warning, although I will be forever grateful to Jan for introducing me to the wonderful world of JAFF. Her book, An Arranged Marriage, was the first P n P variation that I read. Since then I have been reading voraciously. 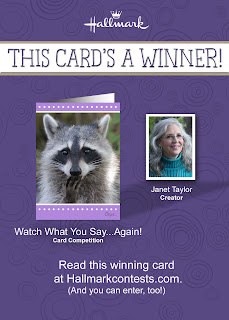 Please allow me to digress for a few moments to my other passion, photography, more specifically, wildlife photography. Using my photographs I create note cards, book marks and prints. (I even recently won a Hallmark Greeting Card Contest with one of my photos of a cute baby raccoon.)  Combining my two passions I have now moved on to taking pictures of stills of the movie, Pride and Prejudice. I wanted scenes or pictures that I liked best to be my own personal Darcy bookmarks!!! (I could steal an occasional glance at Mr. Darcy while reading about him.) I mean, spending part of a day taking pictures of Colin Firth as Mr. Darcy…who wouldn’t enjoy that! Next I moved on to drawing pictures of my favorite hero and heroine using colored pencils. Now I have Darcy and Lizzy note cards for my own personal use or to give away! 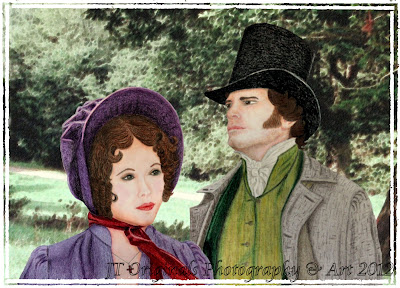 My name is Janet Taylor and yes, I am a Darcyholic. I have now started two new generations of Darcyholics and I’m proud of it! When I was drawing pictures of Darcy, my seven year old granddaughter, Emily, wanted to draw him too. She and my three old grandson had watched the movie with me and were very interested for most of the series. I was surprised to say the least. 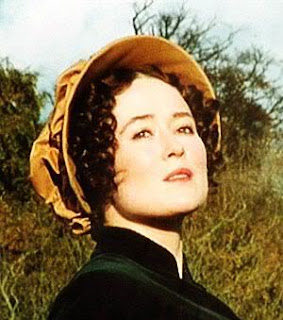 Once when making more bookmarks, I was looking at my pictures of Lizzy, and my grandson was sitting in my lap. I moved on to some pictures of Darcy and he quietly asked me if we could go back and look at Lizzy a little longer. I found that quite diverting! Then another time he brought me the movie and asked me if we could watch Darcy and Lizzy. Of course, I said yes.  He sat and watched until it was time for his nap. My three year old grandson’s name is Tanner and he is a Lizzyholic!

Now their mom, Christina, my daughter-in-law is hooked too. After suffering a fall when she was about 8 months pregnant, we watched the movie while she rested. That did it! She is now reading Austenesque books every chance she gets.

It has been and continues to be an exciting journey, one where I have made the acquaintance of many lovely people and inspiring authors. With much anticipation I look forward to the books and adventures that await our beloved Mr. Darcy and his Elizabeth Bennet.  I can lose myself in their world of Georgian England, where good manners and propriety are the rule rather than the exception. I read Persuasion and reread Pride and Prejudice, along with numerous what-ifs, sequels and alternate paths of dear Jane’s books. I aspire to read countless more and will read all of Jane Austen. Barbara, I am thankful for your list of so many of these awesome books!

Isn’t Darcyholic Diversions a wonderful place to meet…where we can relish our Darcyholism and NOT wish for a cure! Raise your books in a toast to Barbara Tiller Cole and her lovely blog! Thank you, Barbara, for allowing me to be your guest and tell my tale.