A Conversation Over Tea with Lory L.


A Conversation Over Tea with Lory L. 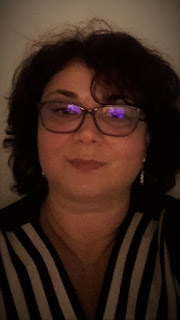 I am very grateful to have Lory Lilian with me today here at Darcyholic Diversions.  Back in the early days of JAFF, I discovered Lory L’s Rainy Days.  Since that time, when someone wants an introduction to Jane Austen inspired literature, that story is one of a handful that I have recommended to a novice Austenesque reader.  So I was thrilled when Lory agreed to stop by for an interview.

There are TWO ecopies of one of Lory’s novels of your choice as a give away with this post!  Thank you Lory!  In the comment section share what you have enjoyed in Lory’s previous works or what you are looking forward to in this one.  Extra entries for liking this blog, joining the email list, liking my author page on Facebook, reposting this link on Facebook or Twitter, or anything other idea you might have.  Please included any extra things you have done in comments below your own post in the comment section.

Lory, tell us a little bit about how and when you first discovered any of Jane Austen's novels.

The first Jane Austen book I read and instantly fell in love with was Pride and Prejudice. I was 13 years old back then and I can say it changed my life completely. Of course, I first read it translated in Romanian, but as soon as I found it in English, my enjoyment increased.
Was it Austen love at first site? Or did you read it in school and return to Austen later?

Pride and Prejudice was love at first sight without a doubt. Then came Sense and Sensibility, and Emma. Mansfield Park, Persuasion and Northanger Abbey.
Was it one of Jane Austen's books, or one of the Austen movie adaptations that really began your love affair with Austen?

My love affair with Austen started with Pride and Prejudice the book, long before I saw any adaptation. Then with the BBC 1995 miniseries it begun my fanfiction obsession – and I was lost forever.
I know that I discovered your early writings long before you had anything published online.  How did you first discover JAFF (Or Austen-inspired literature--depending on how you refer to it)?

Well, it was 2004 and I kept searching the Internet for anything related to Pride and Prejudice 95. And I happened to click on a link toward the Derbyshire Writers Guild, then to Hyacinth Gardens and Firthness. So for the next 4 months I read EVERYTHING I could find online, which means I slept no more than 4 hours every night LOL. It was such a blissful time. Then, in January 2005 I started to write and post on line my first novel, Rainy Days. Its success is still hard to believe for me.
How has your career or your hobbies influenced your writing? (I don't know anything about your history, so you can separate this into two questions if you have an answer to both.)

Until three years ago I had a long carrier in Human Resources and sales, in different multinational companies. So my time for writing was very limited. That was the main reason why I only wrote 4 books since 2005 to 2015, although I had lots of inspiration and ideas. Then at long last, I decided to split my time equally between business and my hobby- which is my writing. As a consequence, I published three new books in two years.

When a non Austen inspired reader is curious about JAFF I have often recommended that they read your first novel, Rainy Days.  What inspired you to write your it?
Oh – thank you so much; you are very kind! I am thrilled and humbled to see how many people still love Rainy Days. What inspired me to write it? Hmmmm – just my endless passion/devotion for Elizabeth and Darcy and their story. The idea came into my head and would never leave. Can you believe that I wrote the 390 pages in about 3 months ? J

What was the inspiration for your new release, A Man Without Faults?

A man with Faults was a challenge – for me and my readers. Some people whose opinion is very important to me suggested that my books are a little bit … too perfect. That a little more angst might be nice. Oh well – here it is! Lots of angst, I might say. But of course, it has its well-deserved part of mush and a hot happy ending! And people seemed to enjoy it, as the sales and the reviews are excellent. The book was number 275 in the total Amazon sales rank; I am pretty sure it is the highest rank ever reached by a JAFF book and I cannot thank my readers enough for that.
Without giving too much away, one of your book's thematic elements appears to be about the consequence Darcy's long held resentment and anger?  It is much stronger than in canon.  What did you like and not like about your Darcy in this book?

Ha ha – I pretty much hated this Darcy in the beginning (just keep in mind that the first draft had much more angst and Darcy was much darker!). Seriously speaking, it was hard to write him, his anger, his resentment… But I hope I succeeded in keeping his major traits: he is honorable, fair, caring, generous – and very much in love with Elizabeth.
I understand you had the misfortune to have someone fraudulently plagarize your name on a book you did not write. I know many were shocked and concerned when we heard that that had happened to you.  Would you like the opportunity to clear the air about what happened?

I was shocked too – although I know that many nasty things happened in JAFF community in the last years: books stolen from the online sites, plagiarism and others which I would never believe possible among people who love Jane Austen. So basically, searching for the latest reviews of AMWF, Amazon just recommended me a book of 36 pages, which had the author name written with very large fonts, while the title was barely visible. The author’s name was Lory Lilian LOL. My first concern was that my readers would be deceived to believe it was my book, would buy it and be disappointed with it – and with me. That was very painful and worrisome! So I emailed Amazon, but they basically told me there was nothing they could do, since it was allowed to have more authors with the same name. However, as soon as I posted the announcement, the reaction from JAFF community was immediate and so powerful that Amazon took that book down within a couple of hours.

Are you currently writing thing new you would like to discuss?
Yes, I am working on a new project. It is light, romantic, hot and low angst. Ha ha – I really love writing it.
Anything else you would like to share with the readers here at Darcyholic Diversions?
Just to say how excited I am to be here for the first time and hope to repeat the experience in the future.  Thanks so much for having me.
Posted by Barbara Tiller Cole at 4:45 AM