Beth Massey: I am NOT a Darcyholic! 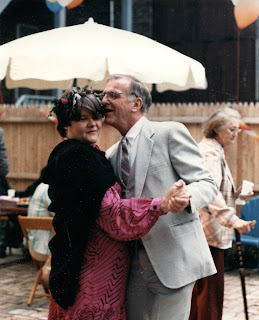 Hi, Darcyholics!  I am very happy to welcome Beth to Darcyholic Diversions today.  Beth and I met several years ago when she visited Georgia, and I have also visited with her in her home land.  Hope you enjoy getting to know her as I have, as well as know about her recent book release.

I also want to apologize to her as I am getting her post up late due to pending surgery I am having tomorrow nothing has gone quite according to plan this week.  But Beth has been most gracious in her understanding!  I hope you enjoy her post as much as I do!

Comments on Beth's post will be entered into a contest to win 1 of 2 eBooks as well as 1 softcover version of 'Goodly Creatures'. Comments will also enter you in the monthly drawings here at Darcyholic Diversions. Entries will be based on comments on blog posts; but additional chances will be given for joining this site, tweeting this post, Joining this site as a member!, sharing this on Facebook or your blog, Friend me on Facebook, clicking 'like’ on Barbara Tiller Cole, Author's Facebook page, Join Darcyholic Diversions Facebook Page or following BarbTCole on Twitter.

I Am Not A Darcyholic! 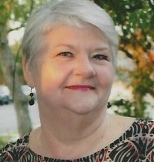 Lest those reading this accuse me of being in denial and feel the need to organize an intervention; I must confess I have known since my second reading of ‘Pride and Prejudice’ that Mr. Darcy and I would never suit.  Among other things, his great wealth was a major turn off for me.  Instead, I chose to marry a former military man with a strong sense of justice—a man of little means but fierce loyalty and whom I have several times had to restrain from fighting a metaphorical duel on my behalf.  As with Colonel Brandon and Marianne in ‘Sense and Sensibility,’ the love of my life is more than thirteen years my elder.  A significant age difference also plays a role in another of Austen’s literary pairings.  My husband was my friend and mentor before he became my spouse as was Mr. Knightley in ‘Emma.’   Like that admirable character, Bill is a kind and compassionate man who easily puts the greater good ahead of his own selfish needs and is willing to compromise—you know, the sort of husband who would agree to live with his peculiar father-in-law if it made his wife happy.   I first fell in love with my Mr. Massey’s delightful irreverent sense of humor, which is very reminiscent of Henry Tilney’s.  Then there was his penchant for writing poetic and passionate letters to me that rivals Captain Wentworth’s “you pierce my soul.”  Truth be told, except for an occasional need to officiously interfere, my William has absolutely nothing in common with Mr. Darcy.  Luckily for him, I have always preferred a charismatic personality and a love of dancing to a handsome face. 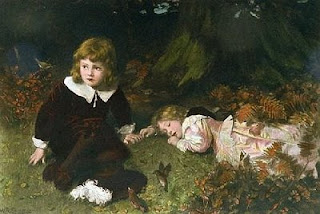 Perhaps an explanation of what led me to adore Jane Austen would help readers understand my perverse deviation from the norm in lusting after Mr. Darcy.  My first love as a child was the theatre.  Recruited to the Chattanooga Little Theatre at age eight, I marched to a different drummer quite early.  The director had seen me on local television playing a bossy bunny in a skit performed by my Brownie troop.  He was immediately captured by my officious stage presence and thought I would be perfect to play Rhoda, in the ‘The Bad Seed.’  My performance as that creepy child serial killer managed to horrify my father, but the Mrs. Bennet in my mother (she thought I would be thrown into the company of rich and powerful people who would help me get me into a prestigious university) caused her to persuade her husband to allow me to continue in the program.  From then on I diligently spent my youth preparing for a creative life on the stage.  A voracious reader, I devoured plays and novels with an eye toward imagining how I would play certain characters.
My first impression of Jane Austen’s most famous novel left me scratching my head.  Who were these characters and what were they all about?  Though a precocious, dramatic teen filled with strong opinions, I am certain I did not finish the book.  To the youthful me, ‘Pride and Prejudice’ had a boring plot, language that was difficult to ‘apprehend’ and humor that went completely over my head.  Dickens and Baroness Orczy were much more to my liking.  The bizarre troupe of characters involved in the multiple mysteries of ‘Great Expectations’ competed with the intrigue and romance of ‘The Scarlet Pimpernel’ to grab my attention.  Elizabeth and Darcy and their obscure repartee just didn’t cut it.  Come on folks; admit it—there truly is very little in P & P to stir the soul of a thirteen-year-old.  A wayward teen is as good as it gets.  There isn’t even a peck on the cheek. 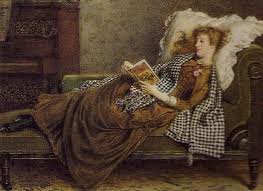 My second reading of the tale of literature’s iconic couple was as a twenty-year-old literature major and orphan.  I was in the process of abandoning my theatrical career path while attempting to come to grips with grief.  My new life situation allowed me to better understand Austen’s tale, but it was Lizzy with whom I fell in love—not Mr. Darcy.   ‘Pride and Prejudice’ is her story, and Austen created a strong, though flawed, character who I greatly admired.  She mirrored my own struggle to sort through childish prejudices and don more appropriate adult judgments that would allow me to survive on my own.  It was the late ‘60s and marriage was not at the top of my agenda or that of my peers.  We were women, and we wanted to roar.  Besides, I was very wary of leaving myself open to love—the pain of loss too fresh in my memory.  The final piece of the puzzle was that Mr. Darcy reminded me of my brother.  With the death of our parents, he had been required to accept responsibility beyond his years.  His rigidity in interpreting proper behavior had provided fodder for a major tiff with his rebellious younger sister.  Youthful delusions of grandeur led the dear man to marry a well-connected Caroline Bingley type that resulted in the first divorce in our family.  Later, he found his Elizabeth Bennet, and is now enjoying a well deserved happy-ever-after.  He has always been a good man; he just needed to grasp what is important in life.  I used him as my prototype for Mr. Darcy in ‘Goodly Creatures, a Pride and Prejudice Deviation.’   http://www.facebook.com/#!/GoodlyCreatures  Now you know, it would be very creepy and possibly prosecutable for me to be a Darcyholic.
That same literature professor who caused me to revisit ‘Pride and Prejudice’ assigned me ‘Sense and Sensibility’ to read.   I was much more profoundly affected by Austen’s first published novel than with any of her others.  I have heard many in the JAFF community say they do not like the story of the Dashwood sisters.  As a love story to inspire passion, it definitely leaves much to be desired.  I have long held the opinion that Jane Austen was not a writer of romances but was instead the mother of the modern psychological novel.  In ‘Sense and Sensibility,’ the precarious position of women is subtly showcased without beating readers about the head and ears with the harsh reality.  Because she wraps her exposure of what the female sex had to endure within a very deft comedy of manners, she did not come across as a crusader.  However, to a 20th century young woman the reality was abundantly clear.  It left me with a burning desire to vindicate her most unfairly treated characters—the two Elizas—toward which the honorable Colonel Brandon feels such loyalty. 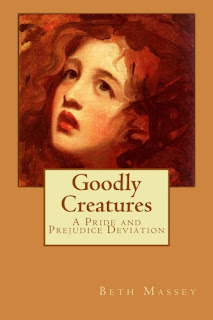 ‘Goodly Creatures, a Pride and Prejudice Deviation’  is the result of that youthful aspiration.  I allow there to be happy endings for both a very young woman impregnated by a man much above her station as well as a wealthy woman whose fortune is appropriated by a husband who treats her cruelly.  And though he is not my personal choice for a mate, I allow my heroine to win Mr. Darcy.  My own life experiences shaped much of my story.  I have made it clear that it was my own experience with date rape that gave words and feelings to Elizabeth.  My portrayal of Rhoda, the child with a murderer for a father, also played a role in crafting the plot.  Even as a child I felt the premise of ‘The Bad Seed’ to be specious.  My novel includes, not one but two children, who have a parent with a dubious character. Neither Bethany nor Lewis Darcy presents any evidence that their characters are tainted by bad blood.
My own Colonel Brandon/Mr. Knightley/Henry Tilney/Captain Wentworth now struggles with the effects of COPD, blindness from AMD and a severe essential tremor.   Sometimes I imagine Ms Austen time-travelled to the 21st century to observe Bill when she was writing Mr. Woodhouse.  Like Emma, I lovingly tolerate his quirky fears and phobias and rejoice that he still has Henry Tilney’s delightful sense of humor.
A Link to Goodly Creatures on Amazon