I, Rebecca, Became a Darcyholic at Target!


Today's Guest Post and Give-Away is From
Rebecca Thumann 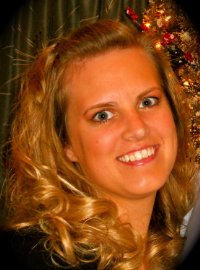 Hi, Darcyholics.  It is your chief addict, Barbara Tiller Cole!  I am honored to have a guest post from Becky today.

Unless otherwise stated, all of the give-aways winners here at Darcyholic Diversions will be selected one week from posting.  So I will be drawing for Wendi Sotis's Giveaway shortly after uploading this post.  You still have through Tuesday midnight to enter Robin Helm's give-away, by commenting on her guest post.  As well, you have till Monday midnight to comment on my post--The contest is for a Guest Blog Post for the BEST answer to:  'You Might be a Darcyholic...If...'

NOTE--Upcoming Guest Posts Are As Follows:

Rebecca is giving away a copy of each of her books, so there will be two winners (US and Canada only, sorry).  Entries will be based on comments on the blog post; but additional chances will be given for joining this site, tweeting this post, sharing this on Facebook or your blog, clicking 'like' on Barbara Tiller Cole or on Author's Facebook page, or following BarbTCole on Twitter (or Author when applicable); you can also follow Rebecca on her blog Turn Around and Say Hello or follow her on Twitter (link on her blog). Please note any of these things that you do in your blog post for extra entries.

I, Rebecca, Became a Darcyholic at Target!

I had read the original Pride and Prejudice and had seen the movie – the newest version, with Darcy walking through the fog in those sexy brown boots and his hair mussed from lack of sleep with a completely broken heart. What woman wouldn’t have swooned?

But if I’m really being honest, I fell in love with Fitzwilliam Darcy in the Target book aisle.

It was completely glamorous, I can assure you.

I picked up a novel by Sharon Lathan and began reading in the middle. I read, and I read, and I read. My husband eventually found me leaning up against a shelf filled with Mario Brothers for Wii, eyes widened, lip crunching between my teeth, and a new obsession growing within me.

I bought the book.


I rented every single Pride and Prejudice sequel I could find in our public library.

I petitioned our school librarian to inter-library-loan books from libraries across the country.

I ordered books from Amazon.

I devoured each and every single story I could get my hands on.
See, I never really felt complete after reading my favorite Austen work. Heck, the movie even left me wondering. I always felt like the ending was cut far too short. I was far too invested in her characters. Jane was crazy if she thought her readers didn’t want to hear about what happened after the marriage.

One day, I wrote a chapter that was only about three pages long, and posted it online. I had no idea where the plot was headed, what the characters were going to say next, what the central conflict would be, and I didn’t care. For me, it was never really about all of that. For me, it was about the love I had for Jane Austen’s original characters and the need to tell the story from a modern vantage point.

I continued to write day and night. The story began to consume me and I lived the writing dream for six solid months. That story was then turned into The London Chronicles.

And my glamorous love for Fitzwilliam Darcy? Well. I think it’s safe to say that I was completely in the middle before I even knew I had begun.
Becky’s Book Blurb:

Rebecca A. Cooper-Thumann is an English teacher in a sleepy town in the Midwest. The daughter of a retired Air Force Captain and a voraciously reading mother, Rebecca learned early the value of hard work and laughter. Infinitely inspired by the works of Jane Austen and Charlotte Bronte, she just can't seem to turn away from a good love story.
Rebecca A. Cooper-Thumann's Cooper's Books Available on Amazon

The London Chronicles Blurb:
The story of boy meets girl, boy and girl fall in love, and then boy and girl live happily-ever-after is never more apparent than with The London Chronicles. Olivia and Jane Benedict, along with their cousin, Samantha Allbright, have discovered a new type of British Invasion. Three handsome, successful men have taken the attention of the spitfire socialites. Eventually, Olivia Benedict pairs up with Christopher Harrington. Jane Benedict falls in love with Alexander Samuel...the second. And brash, stubborn Samantha meets her match with Benjamin Covington. The themes of the Jane Austen classic Pride and Prejudice are never more apparent with the maddeningly quirky villains Laura Martinswip, William Bradley and Sue Manley added to the mix. The miscreants throw just enough tension and drama in to make you really start to root for the three besotted couples. The comedic roller coaster of excitement carries you up and down through an embezzling aunt, a frightening frenzied mother, and maybe just a touch of happily-ever-after.

Lost Along The Way Blurb:
In this modern adaptation of Pride and Prejudice, Elizabeth Bennet Saunders is lost out there -- somewhere along the way. Upon finding her husband in bed with another woman, she divorces him and sets out on a soul shaking journey. High drama ensues with the help of Georgiana Darcy and the dangerous George Wickham. Comedy is found in Best Buy shelf stocker, Devlin Collins. Friendship is found sitting around a table for Wednesday night girl's dinners. Faith is found in each other, and love is found...just around the bend...probably with Mr. William Darcy.