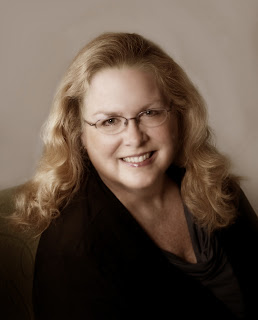 My real life brings with it a great deal of travel.  This can be a good thing as it provides lots of time in hotel rooms and airplanes to spend writing.  But occasionally, once or twice a year, I have to pay the piper and spend an extended period of time writing up reports online.  This particular function of my job is 'so exciting' that I find entertainment not just necessary but a requirement.  My Darcyholism does pop up occasionally.  I have tried to read and work, and it just isn't possible.  I get distracted and do not finish my projects.  But watching films is something that I have learned to do while working, as long as they are fun and upbeat.

Those of you who know my style of writing will not find it surprising that I often watch comedies.  Our house has Dish Network Satellite complete with ALL movie channels (which shows my husband's addition and his profession as he is a film writer/producer) I spent a good part of the last week watching comedies.  I saw some classics: 'It's a Mad, Mad, Mad, Mad, Mad World', 'Groundhog Day', 'Breakfast at Tiffany's' and several Doris Day films. However, this week I also saw three very interesting films with Austen Alums.  The first two will not win any awards, but were fun and upbeat.  The third, Matthew MacFayden's--which I am going to save till last, had so much critical acclaim that it was redone in the US.

First up is 'Undertaking Betty'.  Brenda Blythe, 'Pride and Prejudice' alum, stars in this very quirky comedy. Caught in an awful marriage, her character falls in love and decides the only way to be with the man of her dreams is to fake her own death.  The events and consequences are quite humorous.  (NOTE: If the idea of a Star Trek Funeral is so appalling that you would be appalled, this film is not for you.) Also starring Gary Oldman, Alfred Molina, and Naomi Watts.

Next is 'Blow Dry' with Alan Rickman.  A comedy about the British Hair Styling competition scene.  Rickham returns to the cutting floor after years away from championships.  I promise you are not going to think about Snape while watching this film, but it is possible you might wonder if Colonel Brandon ever attempted to be an abigail for his lovely wife. Also starring Miranda Richardson, Bill Nighy and Josh Harknett.

Finally, we have Matthew MacFayden and his lovely wife both starring in the original version of 'Death at a Funeral'.  This film answers the adage that yes, it is possible for chaos and humor to rein free at a funeral.  I had seen this film once before, but loved seeing it again.  Also starring Keely Hawkes, Peter Dinklage (the only actor in both versions), Chris Marshall and Peter Graves.


Seen any other fun or unusual films with Austen Alums?  Would love for you to share them here in the comment section!
Posted by Barbara Tiller Cole at 12:28 AM