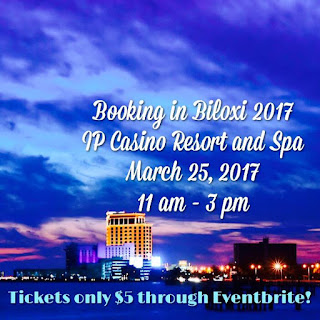 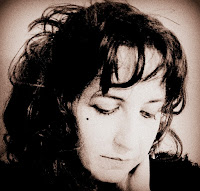 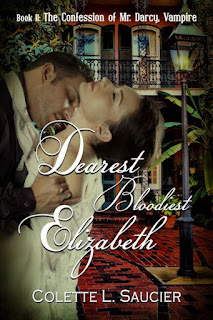 I find it unfathomable—and frankly disconcerting—to realize that it has been seven years since my daughter convinced me to write a vampire adaptation of Pride and Prejudice. Why, one may wonder, did we think the world needed a new paranormal variation on Jane Austen’s beloved classic? Perhaps the world at large did not, but we did! I suppose I have what I so lovingly refer to as “that zombie atrocity” to claim as pseudo-inspiration because it forced me to consider the possibility of writing something good, something we, at least, would want to read. 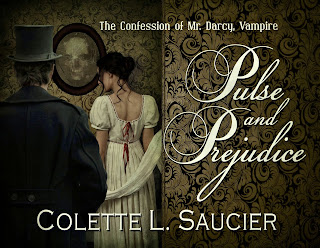 At the time I wrote Pulse and Prejudice, volume one of “The Confession of Mr. Darcy, Vampire,” I had never even heard the term “Jane Austen Fan Fiction.” I threw myself full-throttle into historical research and combed the manuscript to eliminate any anachronisms. I even shifted the date of the narrative slightly to take advantage of all of the amazing events occurring around the time Miss Austen published her novel, not just in the course of human events but also the bizarre nature of the weather. That’s right: Pulse and Prejudice is historically accurate down to the weather! 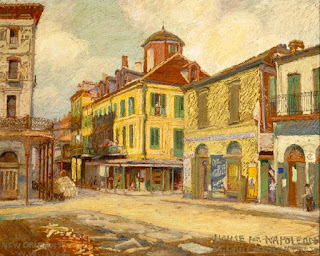 My time shift to 1814 turned out to be fortuitous in another respect as well: When my daughter said she didn’t like the ending and demanded I write a sequel! You see, I wrote Pulse and Prejudice as an adaptation—a stand-alone novel of Mr. Darcy’s story as if Miss Austen had always conceived his character as a vampire (dark, brooding, always misunderstanding “human” emotions) and kept it her own little secret. Although this would not be a concern for readers of this particular blog, readers need have no prior knowledge of Pride and Prejudice in order to enjoy my adaptation. In fact, I had to go back and weave more of Miss Austen’s narrative in the first volume because so many of my beta readers had…forgotten the original, but now it is from Mr. Darcy’s perspective, and he happens to be a vampire, as Jane Austen always intended. Hence, both novels share the same ending, of which my daughter disapproved.

Which brings me to the release of Dearest Bloodiest Elizabeth. After devoting so many months researching not just the historical events but also vampire lore as existed during the Regency, I thought bringing our dear couple to New Orleans would require less effort on my part as I live in South Louisiana and would not need to go traipsing around London. Wrong! I spent the better part of two years meticulously investigating records and narratives from the period immediately following the War of 1812—yes, including the weather! This, of course, followed my writing out a detailed outline and obtaining my daughter’s approval, naturally. Thus, the people, the events, the culture, the places, the “year without summer” all play a role in Dearest Bloodiest Elizabeth.

I have always loved irony, so that it would slap me in the face should not have surprised me. You see, dear readers, upon the publication of Pulse and Prejudice, any reference to it being a “mash-up” infuriated me. A mash-up of what and what exactly? Certainly my novel could not be compared to “that zombie atrocity,” which took the complete narrative of Miss Austen’s novel and just inserted ninjas and zombies here and there with no consideration for Austenian language! No; I had written an adaptation that preserves the integrity of the source material and maintains eighteenth century literary conventions! How dare anyone call it a “mash-up”!
So what have I done with the sequel? I wrote a mash-up.

Well, it’s not so much a mashing together of tales as being heavily inspired by them. Untethered by Jane Austen’s original, I set out to write something completely original for the sequel, which I believe I have accomplished. Nevertheless, I cannot exorcize previous reading material from my brain, and that influences my writing. Therefore, I confess that Dearest Bloodiest Elizabeth “mashes up” elements from Anne Rice, Bram Stoker, Gone With the Wind, and Shakespearean tragedy. 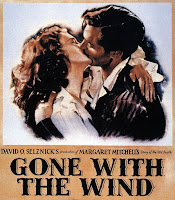 (I should warn more sensitive readers that, as this is not an adaptation, they will find volume two much darker, bloodier, and sexier than Pulse and Prejudice. For those who have not read volume one of “The Confession of Mr. Darcy, Vampire,” I did include a section outside of Miss Austen’s story—“Beyond Pride and Prejudice”—with more sensual scenes; but for readers who prefer Mr. Darcy and Elizabeth to remain chaste, simply skip this section and proceed directly to the epilogue.)
Dearest Bloodiest Elizabeth begins a few weeks after the end of Pride and Prejudice, with the newly wed vampire Darcy and his bride Elizabeth at Pemberley. I shall not spoil the plot of Pulse and Prejudice for those who have yet to read it, but events occur which require our dear couple to follow Wickham to Louisiana immediately after the Battle of New Orleans. All of the events, places, and even most people you will read about are real. Darcy finally catches up to him at a ball thrown at the home of the mayor Nicholas Girod. One can visit the place even today, now called the Napoleon House owing to a legend that Monsieur Girod intended to house Napoleon Bonaparte there once they had freed him from exile. While Darcy searches the crush for Wickham, now living in New Orleans under an assumed name, Elizabeth sits with Colonel Fitzwilliam, who had recently been injured at the Battle of Waterloo. This excerpt should give you a taste to whet your appetite!
Pray, leave a comment with your thoughts, as I will be giving a $10 Amazon gift card to one lucky reader. Drawing will be next Friday after 8pm EST so get your comments in before then!

And Now An Exerpt from Colette’s newest book...