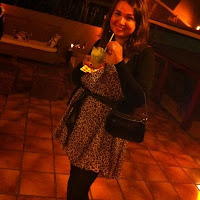 Jane Austen Inspired literature is a worldwide phenomenon!  And nothing says that more than our guest today from Rio.  I have traveled the world with Austen's characters.  I recently 'met' Moira through her posted story and on Facebook and invited her to visit with us.  Welcome Moira!

Comments on this post will enter you into the monthly drawings here at Darcyholic Diversions.  Entries will be given for joining this site, tweeting this post, joining this site as a member via Google Friend Connect (GFC) (See the left hand column on the blog to join!), sharing this on Facebook or your blog, Friend Barbara Tiller Cole on Facebook,  clicking 'like’ on Barbara Tiller Cole, Author's Facebook Page.