I am honored to share with you a Guest Post by Maria Grace.  Maria has been gracious to provide a copy of her book, Darcy’s Decision, for a give-away. (If it is a U.S. winner the prize is a softcover, if the winner is International the prize is an eBook).  Separate entries into the giveaway will be given for comments on Ms. Grace’s post, as well as additional entries for the following: 1. Become a member of Darcyholic Diversions, 2. Following this blog by email 3. Click ‘like’ on Barbara Tiller Cole's Author Page on Facebook 4. Click ‘like’ on Maria Grace’s Author page on Facebook.  5. By following BarbTCole on Twitter. (Twitter and Facebook links can be found under the tab ‘Author Facebook, Twitter, Blog and Book Links’). 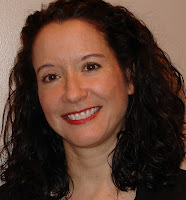 I was introduced to Mr. Darcy far too late in life. Unlike my dear children, who read Pride and Prejudice in high school, my English teachers, for some unfathomable, reason struck Austen from the reading list and replaced her with something dark and depressing. 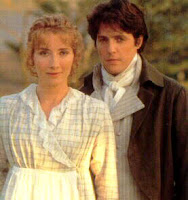 Emma Thompson’s ‘Sense and Sensibility’ film introduced me to the works and the world of Jane Austen.

Then, I found ‘Mansfield Park’ at Blockbuster. Fanny Price fascinated me.

I’m not sure whether Pride and Prejudice or Persuasion was next, but after that, I couldn’t get all Jane Austen’s books fast enough.

The thing I appreciate most about Jane Austen is her astute sense of character. This shines so clearly in her picture of Mr. Darcy. Though rich and handsome, he is not a typical romantic hero. He is reserved, shy, and socially awkward. He hardly opens his mouth without inserting his foot. He seems unaware of the feelings of those around him—remember the famous insult ‘not handsome enough to tempt me?’ Even when he tries to confess his feelings— for example the Hunsford proposal—he manages to get it wrong and says the opposite of what he means! None of this adds up to his character becoming a heartthrob, certainly not for Elizabeth Bennet.

Yet, something sets him apart from the rest. For me, it’s his standards. He is a man of principles, and though, at least at first, he does a pretty poor job of living up to them. Once he realizes bumble broth he has created, he does a complete one-eighty and pours everything into repairing the mess. We see it in the way he pursues Wickham and Lydia and goes all out to correct their situation, not in order to win Elizabeth—remember he swears Lydia to secrecy—but because it is the right thing to do. I suppose I am a bit odd, but to me that is swoon-worthy. What is not to love about a man who is willing to face his mistakes and correct them? 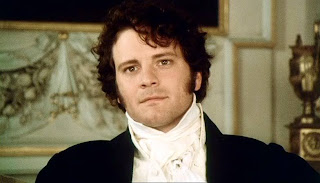 This quality in Darcy moved me to write Given Good Principles. I personally encountered a very painful situation in which people who should have known better did not follow the principles they claimed to believe. One thing led to another, and I started to think about how Darcy’s experiences with Elizabeth might have been different if he had followed the good principles given him as a child. Thus, Darcy’s Decision and the rest of the Given Good Principles series were born.

Throughout the process of watching Darcy wrestle with the challenges provided by his mentor, I saw the essential character of Darcy remain unchanged. He still stuck his foot in his mouth, stomped off in a huff when confronted with his own conceit, and squirmed uncomfortably in the presence of strangers. In the midst of it, he grew and managed to affect those who depended on him by living out the principles given to him by his father. Bringing his pride under better regulation softens him, but in essentials he remained the same Darcy that drew me the first time I encountered him.

So, give me the tongue-tied, shy and reserved but principled man any day. He will always be my romantic hero. 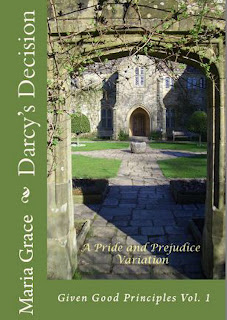 Six months after his father's passing, Fitzwilliam Darcy still finds solace in his morning reflections at his parents' graves. Only in the quiet solitude of the churchyard does he indulge his grief. None but his unlikely mentor recognize the heartache and insecurity plaguing him as he shoulders the enormous burden of being Master of Pemberley.

Not all are pleased with his choice of advisor. Lady Catherine complains Darcy allows him too much influence. Lord Matlock argues, "Who is he to question the God-appointed social order?" But the compassionate wisdom Darcy finds in his counselor keeps him returning for guidance even though it causes him to doubt everything he has been taught.

In the midst of his struggles to reinvent himself, his school chum, Charles Bingley, arrives. Darcy hopes the visit will offer some respite from the uproar in his life. Instead of relief, Darcy discovers his father's darkest secret  staring him in the face. Pushed to his limits, Darcy must overcome the issues that ruined his father and, with his friends and mentor at his side, restore his tarnished birthright.

You will find Darcy’s Decision available at Amazon in Kindle and soft cover, and at Barnes and Noble for Nook.