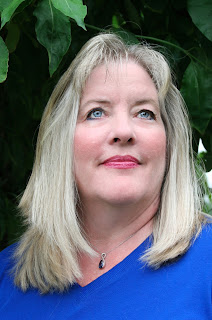 Thanks, Barbara, for inviting me to guest blog here today. I’m very excited to tell all of you about my newest novel, Return to Longbourn! It’s the sequel to my sequel to Pride and Prejudice. In other words, it follows after The Darcys of Pemberley. Mary Bennet takes center stage in this one. But don’t despair, fellow Darcyholics; you will not be deprived of your hero. I found plenty of excuses for the rest of the family to get involved in the action too!

So you can look forward to seeing Mr. Darcy again. And I cooked up a couple of other interesting gentlemen to keep you entertained between times. First, there’s Mr. Tristan Collins – the surprisingly appealing brother of William Collins, deceased. (If you’re shocked to hear of Mr. Collins’s premature end, imagine how he felt to learn of it! Read previous guest post here.) Then we also have the mysterious Mr. Harrison Farnsworth, master of Netherfield, where Mary is now governess. He unexpectedly developed into a kind of Mr. Rochester of Jane Eyre fame.

Today, however, considering where I am, I thought I had better feature Mr. Darcy. So here is a brief, but pivotal scene that takes place early on in the story. The entire family has been gathered to Longbourn upon the sudden death of Mr. Bennet (sad, but true). Now, as Darcy and Elizabeth are about to depart again, Mary takes a last opportunity to make a better connection with her elder sister:

With one more act of reparation, her conscience would be satisfied. Though the Bingleys’ smart carriage had just started off, the Darcys’ equally excellent equipage was not yet made fully ready for departure, so Mary drew Elizabeth aside. “I regret that my obligations have left us with so little time to talk whilst you were here,” she said.
“I regret it as well…”
…“I meant to ask after your children, Lizzy. I trust they are all three well and strong.”
“I thank you, yes!” said Elizabeth, her countenance brightening at the enquiry.
“I am very glad to hear it.”
“They are, thank heaven, fine, healthy boys,” Elizabeth continued. “Bennet is quite the apple of his father’s eye, and it is much the same with Edward and James. You see, Mary, I live in a household of men, and I must make the best of it. Fortunately, I would as soon sit atop a saddle these days as any other place, so I shall stand some chance of keeping up with them as they grow older.” She turned her address to her husband, who had that moment entered the parlor. “There is nothing – or almost nothing – like the thrill of a good ride. Is not that your opinion as well, Mr. Darcy?”
“So I believe I have said on more than one occasion, my dear. Now, if you will make your good-byes, we can be on our way.”
A lingering look passed between the two, and Elizabeth reached out to briefly rest a hand against the side of her husband’s face. Then, seeming to remember herself, she withdrew it again, embraced her sister, and said farewell.
Mary watched them go from the porch, conscious for the first time of a twinge of envy surfacing from somewhere deep within her soul. Never had she craved great wealth and its comfortable trappings; these things did not tempt her to covet her sister’s situation. No, it was that stolen glimpse of tenderness she had seen upon Mr. Darcy’s face when his usual mask of reserve dropped for a moment as he regarded his wife. What must it be like to be looked at in such a way by such a man? Mary could not help but wonder. She could only suppose that it was a thing very much to be prized.
A chill wind penetrated her shawl, reminding Mary where she was. She quickly discarded her musings as profitless, and returned to the house with her jaw firmly set. Tomorrow, at first light, she decided, she would take up her duties at Netherfield again. What must be done might as well be done at once.

The incident above may seem minor, but it has a major impact on Mary, causing her to begin questioning her satisfaction with her chosen way of life. She has long since given up any ideas of marriage. Instead, she’s set all her store for gratification in her hard-won accomplishments and her ability to support herself through her work. Then, Mr. Tristan Collins arrives on the scene, stirring long-suppressed emotions. Mary begins to consider the possibility that she may still have a chance for love… if her sister Kitty doesn’t come in ahead of her, that is. Hmm. Sounds like this could get messy. 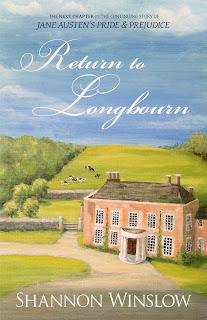 I had SO much fun writing this book! The story took on a life of its own, galloping off in directions I hadn’t planned or expected – quite a magical experience! I hope you have just as much fun reading Return to Longbourn.

~~~~~~~~~~~~~~~~~~~~~~~~~~~~~~~~~~~~~~~~~~~~~
Shannon Winslow, her two sons now grown, devotes much of her time to her diverse interests in music, literature, and the visual arts – writing claiming the lion’s share of her creative energies in recent years. She lives with her husband in the log home they built in the countryside south of Seattle, where she writes and paints in her studio facing Mt. Rainier.