Linda Gonschior: I Was a Darcyholic Before I Even Knew Jane Austen's Name

Linda Gonschior:
I Was a Darcyholic Before I Even Knew Jane Austen’s Name 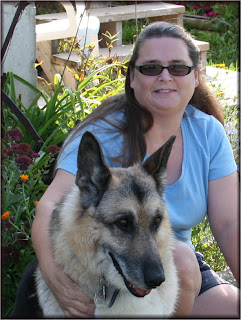 Very happy to have Linda Gonschior (known to some as TEG) and Mickey!  TEG is someone that I met online on the fan fiction boards a long time ago. I was happy along with some of you that her story, Reflections, is now in book form! Hope you enjoy getting to know her.

Linda and Meryton Press are giving away a copy of Reflections to one lucky commenter.  Additional entries will be given for joining this site, tweeting this post, joining this site as a member via Google Friend Connect (GFC) (See the left hand column on the blog to join!), sharing this on Facebook or your blog, Friend Barbara Tiller Cole on Facebook,  clicking 'like’ on Barbara Tiller Cole, Author's Facebook Page.