Hi, Darcyholics!  Today, we have Regina Jeffers with us.  I have really enjoyed beginning to get to know Regina this year.  She agreed early on to come to Decatur Book Festival along with Abigail Reynolds and Jack Caldwell.  They assisted with giving legitimacy to our plans.  Regina, along with Abigail Reynolds and William Deresiewicz will be presenting on the City Hall Stage at 5:30 on Saturday, September 1 during the festival.  I am happy to welcome her back to Darcyholic Diversions today!

The information on Decatur Book Festival was updated recently, so visit the link again and find out all the details as well as where YOU can stay as we are so excited to have 27--yes TWENTY-SEVEN Austen Inspired Authors participating with us!  Here is the link! It included information about a large hotel room block you can take advantage of if you would like to be with us!  If you are planning on attending and are not one of our authors, please send me an email to barbaratillercole@gmail.com so I can send you information out our social events during the festival weekend.


Have you ever met someone with whom you have corresponded several times (Facebook, Twitter, phone, or the old-fashioned way by a letter) only to be surprised by his/her appearance? He/She looks nothing like what you anticipated. First impressions are hard pressed upon our memory, and they are not easily abandoned. Several of my cohorts at Austen Authors and I will meet in person for the first time at the Decatur Book Fest. Several others of those in attendance have shared a table or a presentation at previous conferences and festivals. My vanity (Remember that Austen says there is a difference between pride and vanity. “Pride relates more to our opinion of ourselves; vanity to what we would have others think of us.”) leads me to hope that those I have not met previously will find me congenial, and that I will not be a disappointment (not of the nature they had first anticipated).

As we all know, “First Impressions” was the original title for Jane Austen’s “Pride and Prejudice.” First Impressions is also the theme of this classic novel. From the first line to the end, Austen reminds us over and over that First Impressions are often false ones. They are mistaken impressions. I often say that Austen hits her readers over the head with examples of false impressions. Miss Austen was a master of theme. 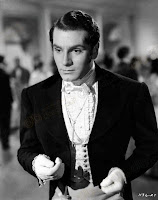 “It is a truth universally acknowledge, that a single man in possession of a good fortune, must be in want of a wife.” This famous first line in a tongue-in-cheek statement of potential theme, but the reader quickly learns that Mr. Darcy is not in want of a wife. In fact, he has likely come to Netherfield to “escape” the London Season. Obviously, with his wealth and family name, Darcy could have his choice of women. He certainly is not desperate enough to pursue a woman of poor connections and little dowry. This line sets the tone of irony for the novel. In reality, it is the mothers and single daughters of the community who are in “want” of a rich husband.

“I am sick of Mr. Bingley,” cried his wife. This line is a bit misleading. It is well matched with Mrs. Bennet’s later profession when her sister, Mrs. Philips, brings news of Bingleys return to Netherfield. The lady says, “Well, so much the better. Not that I care about it, though. He is nothing to us, you know, and I am sure I never want to see him again.” Mrs. Bennet’s obsession is finding her daughters husbands before the entail sends the family into penury. Of course, she is concerned with what happens to the richest man in the community.

Within her letter to Elizabeth regarding Darcy’s involvement in settling the scandal of Lydia’s elopement, Mrs. Gardiner says, “He generously imputed the whole of his mistaken pride, and confessed that he had before thought it beneath him, to lay his private actions open to the world. His character was to speak for itself.” Darcy’s character does speak for itself, but not in the way Elizabeth originally thought of him. 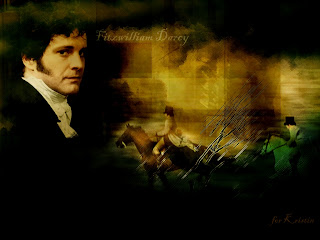 Of Mr. Darcy’s first appearance in Meryton, we learn, “…Mr. Darcy soon drew the attention of the room by his fine, tall person, handsome features, noble mien; and the report which was in general circulation within five minutes after his entrance, of his having ten thousand a year.” Later in the same paragraph, the reader’s first impression of Darcy is quickly altered. “The gentlemen pronounced him to be a fine figure of a man, the ladies declared he was much handsomer than Mr. Bingley, and he was looked at with great admiration for about half the evening, till his manners gave a disgust, which turned the tide of his popularity; for he was discovered to be proud, to be above his company, and above being pleased, and not all his large estate in Derbyshire could then save him from having a most forbidding, disagreeable countenance, and being unworthy to be compared with his friend.” Austen has manipulated her readers. Our Jane has assured that we will not see through Darcy’s façade. We are ready to believe Elizabeth’s false impressions of the man, who will eventually win her heart.

Elizabeth is the first daughter that is mentioned in the story line. She is also the first one to speak. That is Austen’s way to introduce her readers to the main character of the story. Mr. Bennet says of Elizabeth, “They have none of them much to recommend them,” replied he. “They are all silly and ignorant little girls; but Lizzy has something more of quickness than her sisters.” Mr. Bennet praises Elizabeth’s intelligence, and the reader believes what the man says. Yet, Elizabeth believes all the falsehoods about Darcy and sets upon them the disaster that could have ruined her family. In fact, it is the mild-mannered Jane Bennet who recognizes Darcy’s true worth long before her sister. However, even as Jane declares Darcy incapable of the deceit that Wickham has shared of his life at Darcy’s hand, neither the reader, nor Elizabeth believes her because “Lizzy has something more of quickness than her sisters.”

Mrs. Bennet says of her second daughter, “Lizzy is not a bit better than the others; and I am sure she is not half so handsome as Jane, nor half so good-humored as Lydia.” Again, this is our first impression of Elizabeth from her mother’s lips. Yet, we know that Elizabeth possesses so much more depth of character than either Jane or Lydia.

Darcy’s says of Elizabeth, “She is tolerable, but not handsome enough to tempt me.” Oh, poor delusional Darcy!!!

Our first impression of Mr. Wickham says, “This was exactly as it should be; for the young man wanted only regimentals to make him completely charming. His appearance was greatly in his favour; he had all the best part of beauty, a fine countenance, a good figure, and a very pleasing address.” Now, if we astute readers, we would have compared this description of Wickham with the earlier one of Darcy. If we were incorrect in our first impression of a man of Darcy’s consequence, how could we be correct about the put-upon Mr. Wickham? Oh, we are so gullible, and Austen used our gullibility to mislead us once again. 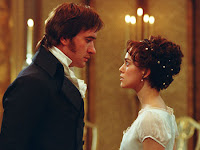 At the Netherfield Ball, Elizabeth says of Darcy, “Merely to the illustration of your character,” said she, endeavouring to shake off her gravity. “I am trying to make it out.” Although she claims to have taken an interest in Darcy’s character, Elizabeth, in reality, only wishes to confirm her earlier first impressions of the man. The exchange actually speaks more to Elizabeth’s negativity and impetuosity than it does of Darcy’s character.

So, Darcyholic visitors, where are there other examples of “Mistaken First Impressions” in Pride and Prejudice? Add a few below in your comments. One lucky visitor will win an autographed copy of my recently released modern day twist on Pride and Prejudice, entitled Honor and Hope, while another will hopefully be happy with a copy of my latest Austen cozy, called The Disappearance of Georgiana Darcy. (By the way, I’ll leave you with another enticing “first impression.” My next Austen release will be The Mysterious Death of Mr. Darcy. Did I earn your attention with that one?)

Regina Jeffers, a public classroom teacher for thirty-nine years, considers herself a Jane Austen enthusiast. She is the author of several Austen-inspired novels, including Darcy’s Passions, Darcy’s Temptation, Vampire Darcy’s Desire, Captain Wentworth’s Persuasion, The Phantom of Pemberley, Christmas at Pemberley, The Disappearance of Georgiana Darcy, Honor and Hope, and the upcoming The Mysterious Death of Mr. Darcy. She also writes Regency romances: The Scandal of Lady Eleanor, A Touch of Velvet, A Touch of Cashémere, A Touch of Grace, and The First Wives’ Club. A Time Warner Star Teacher and Martha Holden Jennings Scholar, Jeffers often serves as a consultant in language arts and media literacy. Currently living outside Charlotte, North Carolina, she spends her time with her writing, gardening, and her adorable grandson.

A thrilling novel of malicious villains, dramatic revelations, and heroic gestures that stays true to Austen’s style
Darcy and Elizabeth have faced many challenges, but none as dire as the disappearance of Darcy’s beloved sister, Georgiana. After leaving for the family home in Scotland to be reunited with her new husband, Edward, she has disappeared without a trace. Upon receiving official word that Georgiana is presumed dead, Darcy and Elizabeth travel to the infamous Merrick Moor to launch a search for his sister in the unfamiliar and menacing Scottish countryside. Suspects abound, from the dastardly Wickham to the mysterious MacBethan family. Darcy has always protected his little sister, but how can he keep her safe from the most sinister threat she has ever faced when he doesn’t even know if she’s alive? Written in the language of the Regency era and including Austen’s romantic entanglements and sardonic humor, this suspense-packed sequel to Pride and Prejudice recasts Darcy and Elizabeth as a husband-and-wife detective team hunting for truth amid the dark moors of Scotland.

Honor and Hope: A Contemporary Romantica Based on Pride and Prejudice
By Regina Jeffers
From White Soup Press

Liz Bennet's flirtatious nature acerbates Will Darcy's controlling tendencies, sending him into despair when she fiercely demands her independence from him. How could she repeatedly turn him down? Darcy has it all: good looks, intelligence, a pro football career, and wealth. Attracted by a passionate desire, which neither time nor distance can quench, they are destined to love each other, while constantly misunderstanding one another until Fate deals them a blow from which their relationship may never recover. Set against the backdrop of professional sports and the North Carolina wine country, Honor and Hope offers a modern romance loosely based on Jane Austen's Pride and Prejudice.
Posted by Barbara Tiller Cole at 1:44 PM