The Impertinent Nina Benneton Interviews Herself! 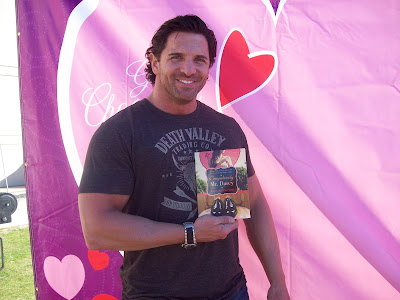 In Lieu of a Picture of herself Nina asked the delicious hunk, Jimmy Thomas, to pose with a picture of her book!  I have actually met the lovely Nina, but have had to swear out a blood oath never to reveal her true identity. She is seriously considering making a ‘body suit--aka Mrs. Doubtfire’ that will make her appear to look like Colin Firth for her book signings. Of course, maybe she is inside the Jimmy Thomas suit somewhere!  LOL!


(THAT is what you get for not providing me with a picture, my friend Nina! :p)


Comments on Nina’s post will enter you into a contest to win a copy of her book (Print to US/Canada resident, eBook if International resident). Winner will be drawn in 2 weeks.


You will also be included in the drawing for 2 autographed copies of my book, Fitzwilliam Ebenezer Darcy--to be given away at the end of the month from all the comments on the blog this month). Entries will be based on comments on blog posts; but additional chances will be given for joining this site, tweeting this post, Joining this site as a member!, sharing this on Facebook or your blog, Friend me on Facebook, clicking 'like’ on Barbara Tiller Cole, Author's Facebook page, Join Darcyholic Diversions Facebook Page or following BarbTCole on Twitter. For additional entries, friend Nina on Facebook, follow Nina on Twitter, or Follow her at Austen Authors, or follow her on her website/blog.  Please note any of these things you do in your comment/post.

The Impertinent Nina Benneton Interviews Herself!

(Or Pretends that Barbara Tiller Cole Interviewed Her!)

Q:   A very important question for us at Darcyholic Diversions here: Colin or Matthew?

A:  Couldn't I just have them both? Not at the same time, of course, that's too out-there for me. ( I'm not into menage). But why couldn't I have both in my virtual Jane Austen world?  I like both of their…uh…Pemberleys.

Besides, I think Colin and Matthew should get together and have a jolly Darcy bromance!

Q:  You bad girl, I remember now you posting just that photoshop-picture of them kissing when we were having a war of  the Darcys a few years ago.  How did you come up with that idea? 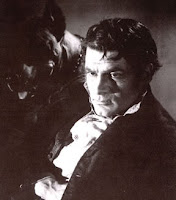 A:  It seemed the obvious thing to do… Actually, my vote is with Laurence Olivier's Darcy.   The way Olivier quirks his eyebrow—shiver me timbers!   In Olivier, you get both Darcy and Rhett in the same guy—and he's dead, which is rather convenient and fitting, as there's no fear of him turning Mel Gibson doing a racist rant on us and embarrassing us.  You must admit, there's still a very real potential of Colin and Matthew embarrassing us Janeites. Q: Tell us about your novel?


A:  I'll give you the pitch line (the ten seconds line to catch an agent or editor's interest in the elevator):

That was the pitch line that caught their attention. Many months later, the book is published with the back cover's blurb (which I didn't write, but I'm happy with. Btw, but traditionally published authors don't usually write the back blurbs, did you know that?):

For anyone obsessed with Pride & Prejudice, it's Darcy and Elizabeth like you've never see them before!
This modern take introduces us to the wealthy philanthropist Fitzwilliam Darcy, a handsome and brooding bachelor who yearns for love but doubts any woman could handle his obsessive tendencies. Meanwhile, Dr. Elizabeth Bennet has her own intimacy issues that ensure her terrible luck with men.
When the two meet up in the emergency room after Darcy's best friend, Charles Bingley, gets into an accident, Elizabeth thinks the two men are a couple. As Darcy and Elizabeth unravel their misconceptions about each other, they have to decide just how far they're willing to go to accept each other's quirky ways...
Q:  Tell us how did your journey from a casual Jaff writer to a published author happen?

A:  The way many Jane Austen genre authors did. I wrote a couple of Jane Austen fan fiction stories—mainly to give me something to do besides driving my family nuts with my obsessive cleaning and organizing.  I loved the small, protective environment of the Jaff forums—all discussing the merits of how hot Darcy was.  I didn't mind posting drafts of my works, because it was sharing my amateur writings with understanding fellow Janeites who were as crazy as I was, and they didn't get their knickers twisted about mistakes.

But, when a Jane Austen site started to put up authors' pages and the access to authors' writings was open up to the whole wide web, I was embarrassed by the mistakes and decided I needed to clean it up and edit it for public consumption.  I took classes. I edited. I took some more classes. I  edited some more. I basically went back to school and learned how to write and edit myself. 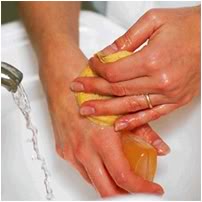 After like the ninth draft (I tend to be a bit of an OCD myself, as you can tell), I  sent it to a fresh new set of trusted readers, some who read the first draft and some who didn't, some were Janeites and many who weren't.  When the non-Jainete (writers and readers)  told me I need to get it published instead of posting it for free on the internet, I figured maybe there's a way to pay for writing classes.

I'd been spending a lot of my pin money on writing classes, and I felt guilty because I loved taking classes.  I wouldn't buy new clothes or go out to lunch or buy caffe latte at Starbucks so I could take writing classes.

That's how I became a published author: so I could pay the fees for writing classes.

It could very well have been quilting. I loved to quilt, and I used to take a lot of quilting classes. Unfortunately, obsessively quilting is hard on your body. I had to take a break from constantly bending over a sewing machine. Writing is easier. I can lean back, lay on my bed with a laptop on my chest; I can do it in the car, basically anywhere. I couldn't do that with quilting.  I enjoyed both machine and hand-quilting, but typing is a lot easier on my fingers. If my fingers get tired, I can dictate the words with my speech program.

And, people are more impressed when you say you're a writer than when you introduce yourself as a quilter.

Q:  Were you good at quilting?

A:  Oooh. Thank you for asking.  I suffer no false modesty here. One of my quilts won a grand prize in Minnesota a few years ago, beating out a bunch of Amish women.  I'm very proud of this and brag about that every chance I get, as you can tell,  since I have a big inferior complex with everything else in life—writing, keeping a clean house, looking good as trophy-wife…

Q:  Your secondary characters in Compulsively Mr. Darcy have been described in reviews as eccentric and quirky, and deserving of their own stories. Will you write their stories?

A:  No. Some authors have a gift of expanding their secondary characters into starring in their own stories, but I haven't that gift or interest in writing a series. I did try to write Richard and Ninja Mary's story—mainly because I just love her chutzpah, but I lost interest after three chapters. Colonel Fitzwilliam in any form, modern or Regency, doesn't rock my boat. Same with Mr. Bingley.  I love both of those characters in Compulsively Mr. Darcy, but they don't inspire me enough to devote a whole story to them.   I need to feel attracted to my hero—and Darcy is my man.

Safely, you can be assured I will never write a story where Colonel Fitzwilliam or Charles Bingley ends up with Elizabeth. Blech! I'd rather be locked in a soundproof room with Rebecca Black yodeling.

Don't even go there with me about Darcy ending up with Anne or Caroline. That's just WRONG!

Q: What's the best part about being a writer? The worst part?

A: The best part, besides an excuse not to clean the grout lines in my bathroom, is sharing my writing and connecting with readers. The worst part, besides not having enough time to read my growing list of TBR books, is the need to shut myself off in order to write.

I have a gaggle of kids I'm tiger-mothering to grow up and effect world peace, find a cure for cancer, and win Nobel prizes. That doesn't leave me as much time—so I'm rather ruthless about saying 'No' to anything that would take time away from my family or my writing time. 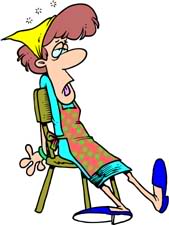 Q: You used to 'beta' for a number of Jaff writers, some of whom— like myself (BT Cole), Susan Adriani and Mary Mushatt— have gone on to publish our works. Are you still working with Jaff writers?

A: Unfortunately, no. That's one thing I loved but had to give up a few years ago when I decided to home school my children and went back to 'school' myself with writing classes.  I loved working with Jaff writers, but I was spending more time on other people's writings than my own, so I had to step back.

Q:  What does your family think about your being a published author?

A:  They're proud and very happy, mainly because I'm now too busy writing to obsessively clean and organize every cupboard in the house, weekly.

It always surprised people when I tell them my husband has not read my book,  has no intention of reading it, and that it's completely fine with me.  He's very, very supportive at whatever crazy endeavor I indulge in, but I think it would be too much to ask a guy whose favorite current book is Paradise Lost to read Compulsively Mr. Darcy. My children are too young to be interested in reading the book. They think it's icky that I have people kissing in the book.

Author Bio:  As a child, Nina Benneton promised the French nuns who taught that she would grow up and find the cure for cancer, effect world peace, and win a Nobel Prize for something, anything.  Alas, her own Mr. Darcy and the requisite number of beautiful children interrupted her plans. Tired of alphabetizing her spices and searching for stray Barbie shoes, she turned to writing.

Her debut novel, Compulsively Mr. Darcy, earned a Best Book review and the Reader's Poll Book of the Month February 2012  from Long and Short Review, 'Hands down…a must read for lovers and fans of classic romance.'  Fresh Fiction Review called it a 'tenderly written novel.'  Savvy Verse and Wit described it as ' 'More than a love story, Compulsively Mr. Darcy is about loving someone faults and all, accepting and not changing who they are, and growing together in love.  Steamy, sexy, and fun, it will have readers giggling and blushing at the same time.' Publishers Weekly wrote,  'Die-hard fans of everything Austen will enjoy this update of her classic tale.'

Posted by Barbara Tiller Cole at 12:50 AM