A Grudge-Carrying Mr. Collins Re-Interviews Author Shannon Winslow -or- How to Mend Fences with a Bit of Prudent Diplomacy

Darcyholic Diversions is very happy to have Shannon Winslow visiting with us!  A lucky commenter will win a double ebook give away of her two latest books, Sunday, March 12th!  Extra entries for following this blog, friending me or Shannon on Facebook or twitter, posting on your blog/Facebook/etc.  Just post what you do as a comment to your own post!.  And be sure I have your email or include it in your comment! Let’s hear from Mr. Collins as he interviews her about her two recent book releases. 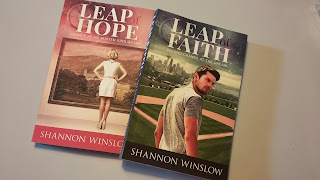 (Literary figure and legendary TV talk show host William Collins steps onto the spotlighted circular platform of the set, positioning himself between the two mid-century modern swivel chairs. His suit is well-tailored. His surgically enhanced hairline looks flawlessly natural. Yet something is a little off. The stage director cannot help being uneasy about the unusually grim set to Collins’s mouth, and yet he has no choice but to give the cue to begin, signaling that they’re going live in five, four, three, two, one… )

WC:  Today for our Meet the Author segment, we have a very… a very special guest. Acclaimed for her so-called stellar contribution to the world of Jane Austen Fan Fiction, she has now authored a total of seven published novels. Please welcome Ms. Shannon Winslow.

(Applause. Ms Winslow enters from stage right, giving a friendly wave to the audience before turning her attention to the host.)

WC: Ms. Winslow, how… nice to see you again. Please be seated.

(They both sit down)

SW: So you do remember me. It’s been so long since I appeared here the first time that I wasn’t sure you would. Nearly five years, I believe.

WC:  Yes… well… I think I can truthfully say that meeting you was such a singular experience that it has been impossible for me to forget it… try though I might.

SW:  Really? Should I take that as a compliment?

WC:  I wouldn’t. No doubt the four horsemen of the apocalypse will be equally unforgettable, but I daresay no one would voluntarily face them a second time. And yet, here you are again. New books to promote, I understand? 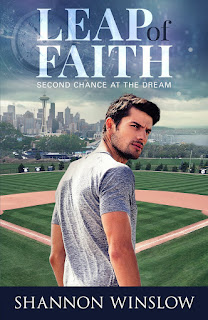 SW:  That’s right, and I’m very excited about them. Two at once this time – the first two in a new series. The Crossroads Collection I’m calling it, all based on the idea of turning points, alternate possibilities, and second chances. The titles are Leap of Faith and Leap of Hope.

WC:  How interesting (feigns a yawn). Tell me. Do I die in either one or both of these new novels? You will grant that it is a reasonable question, considering that other one you wrote, a book which I shall not dignify by naming it aloud.

SW:  You mean The Darcys of Pemberley, I suppose. But not to worry. Once was enough for you, sir. You have heard the expression that a coward dies a thousand deaths but a brave man only one.

WC:  Do you mean to imply that you find me courageous, Ms. Winslow?

SW:  Oh, yes. Mr. Collins, I am truly sorry that we got off on the wrong foot last time, and I was actually hoping that the fact you invited me back meant you were a proponent of giving people second chances, like in my books. Are you?

WC:  I? Not really. It was my producer’s decision to bring you on the show again.

SW:  I see. But you do believe in the possibility of reinventing oneself. How could you not? Look how brilliantly you have managed to convert the fame from your literary career into something entirely new – one of the longest-running talk shows on the air. That’s quite an achievement.

SW:  Indeed, I do not, sir. I admire your ingenuity and success, your boldness. A coward would have played it safe. It takes courage to make that kind of leap into the unknown – a leap of faith, if you will permit me another allusion to my books.

WC:  Well, I suppose there is something in what you say. 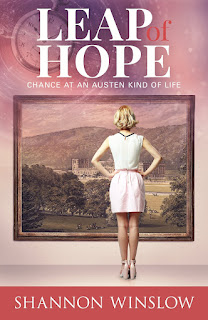 SW:  Of course! And again I am reminded of the lead characters in these new stories of mine. They’re selected for world-class second chances through the work done at the Crossroads Center, and they are both daring enough to take them. In Leap of Faith, Ben Lewis risks all for the opportunity to slip back in time and resurrect his baseball career. In Leap of Hope, Hope O’Neil decides to take a chance on a different life altogether, leaving everything she’s ever known to start over in Regency England as a member of a family that reminds her of the Bennets of Pride and Prejudice. Rather similar to how you fearlessly reinvented your own persona, don’t you think?

WC:  Perhaps. So, what you’re saying is that you modeled your protagonists on me?

WC:  My mistake, apparently. And just when I thought we might be coming to some kind of understanding, you and I.

SW:  You were not mistaken, Mr. Collins. I only meant that “modeled” isn’t the word I would have chosen to describe your contribution to the process. “Inspired,” captures the idea so much better. Authors find inspiration all around them, you know, sometimes in the most unlikely places. I can honestly say, Mr. Collins, that you (you and your colleagues from Pride and Prejudice) have inspired some of the best material I’ve ever written.

Leap of Faith: At the Crossroads Center, they’re in the business of granting second chances. And their newest client is Ben Lewis, a former star athlete who never recovered from the death of his dream to make it big in the big leagues. Now he’s being offered the opportunity to return to 1991 and try again, this time without the illness that originally ended his baseball hopes. What’s the catch? He will pay for his second chance by forfeiting his memories of the first… and possibly along with them, the love of his life. Can he find his way home to the woman he’s long forgotten but never stopped missing? Or will reaching for the brass ring with both hands cause the treasure he once possessed to slip forever from his grasp?

Leap of Hope: At the Crossroads Center, they’re in the business of granting second chances. And their newest client is Hope O’Neil – college student and Jane Austen devotee, who always believed she’d be more at home in Regency England, wearing corsets and courted by men in cravats. But can a modern girl really fit into a world with no electricity, cell phones, or indoor plumbing? Hope is about to find out when her wish for an Austen kind of life is unexpectedly granted. Although she envisions her second chance will be like something straight out of Pride and Prejudice – complete with her own Mr. Darcy and a romantic happy ending – she gets more than she bargained for in this delightful romp through Regency England… a lot more.

These two new novels are the start of in an innovative new collection by author Shannon Winslow, stories all about turning points, possibilities, and second chances.

Who hasn’t wondered at least once how life would have changed by making an alternate choice at some crucial moment in the past? Where would you be today if you’d turned right instead of left at an important crossroads or been able to sidestep a particular misfortune? Or perhaps you’ve daydreamed about a different life altogether, in a different place and time. Each book in the Crossroads Collection features a new hero/heroine who’s given the extraordinary gift of a second chance at life, the chance to answer for themselves the intriguing question “what if?”