China F: Can Taxes Make You a Darcyholic? 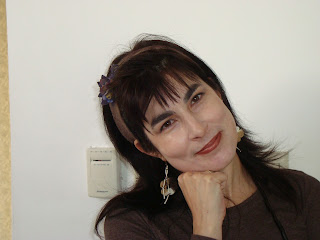 Hi, Darcyholics!  I am very happy to introduce today one of my international Darcyholic friends, China Fuentes.   A fascintating life, she was born in Cuba, spent Junior High and High School years living in Russia, and now lives in Mexico. But she definitely qualifies as a Darcyholic.  I hope you will enjoy getting to know her as much as I have!
Upcoming Guest Posts Are As Follows: 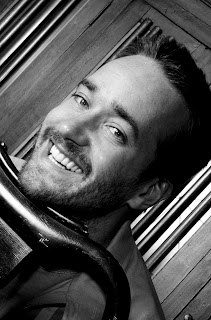 Comments on China’s post will be entered into our April monthly drawings.   Entries will be based on comments on blog posts; but additional chances will be given for joining this site, tweeting this post, Joining this site as a member!, sharing this on Facebook or your blog, Friend me on Facebook, clicking 'like’ on Barbara Tiller Cole, Author's Facebook page, Join Darcyholic Diversions Facebook Page or following BarbTCole on Twitter.


Can Taxes Make You a Darcyholic? 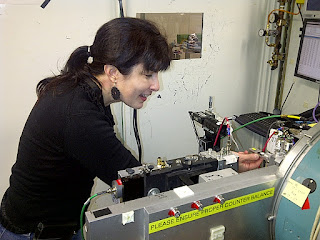 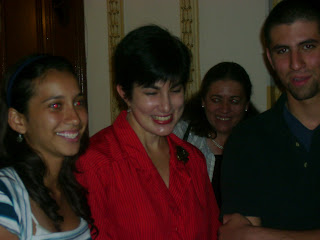 My first blackberry, a gift from my husband, had a miserable life. I wasted it on a few calls a week and used it for nothing else. You see, I am one of those people that can’t stop working, and one of those women who thought a smart phone was just something invented to steal your money. This, because, I can do at least 50% of my job in any place: the bathroom (ah, nothing compares if you need concentration to perform this kind of task), the line in the super (if you see I am buying a fire extinguisher, please tell me I should pay more attention and distinguish it from the right item on my list), while driving (be careful if you are the car next to me in the street), in a boring meeting with my boss (don’t tell him I find him boring, it is my darkest secret). Why?—Because I am a theoretical physicist. I teach math and work with a lot of formulae and chemistry software. I am good at forgetting everything around me and focusing on that single calculation that doesn’t seems to fit, or the annoying comment from a referee of a scientific magazine, or the student that doesn’t realize that he can do it!  Calculus is a basic subject for every engineer since Christopher Columbus! (My logic? —If it was conquered so long ago, with enough effort, anyone can learn it!).
Then, one day, this invariably perfect person that is sharing with you was called to the Tax Office.
Oh My God! 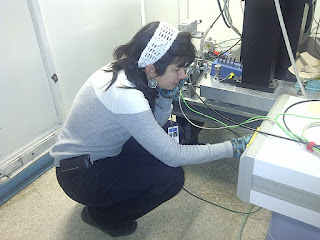 Time for fear—when the Tax Office in Mexico starts stalking you, better move to another country—or so I was told.
So, there I was, in that interminable line for ‘The Inquisition’. Thinking of what could I reply to one or the other hypothetical question (I had no real idea of why I was called in the first place, as my taxes are managed by a person I trust and I am totally blind to the process.)
With the passing of the morning, the number of people before me seemed to only grow—together with my restlessness. The ideas in my head were stubbornly fixed on the interview before me. There was no equation or scientific issue good enough to distract my mind. 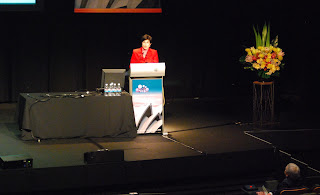 AAAgggRRRR.
On top of that, I had nothing but my blackberry with me. What can one do under such dreadful circumstances? I, the most unsociable and taciturn female on Earth?
Well, I didn’t know the answer yet, but Google did. I could read using a page named “Project Gutenberg”.
That is when it happened.
Have you ever watched those scenes in the movies when a person sees a light at the end of a tunnel? Music grows with every note, like you were discovering the truth in the skies? Have you? Good. Because this is what Pride and Prejudice did to me.
I met my soul mate, Mr. Darcy, in a line that I suddenly hoped would never end. 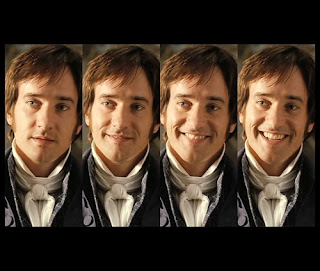 Fitzwilliam Darcy was represented in my mind as the handsome professor that leaves you with your mouth open during the whole class. The one that has this incredible ease of speech. A man who makes any subject so fascinating you wish you hadn’t had a boyfriend somewhere. And, at the end of the class, when you ask if you could keep asking questions while he packs his things, he just disarms you with a shy smile that says, “I am not the smarty you think I am, but I would by no means suspend any pleasure of yours.”
OHHH. There are men out there that can melt Antarctica with a smile—something I found out that first day my addiction started. The moment I rushed to YouTube and Matthew Macfadyen welcomed Lizzy in Pemberley.
And I ask you, do you know what a very tired official from the Tax Office said at the end? That I shouldn’t have waited in that long line, but the little one where the returns of money are made!
God bless Mexican Tax Office for showing me the world of JAFF!
Epilogue: 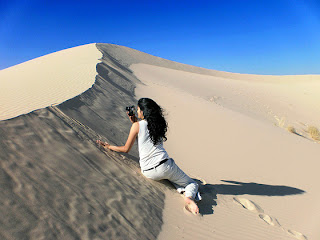 Nowadays, China has totally forgotten about pursuit of numbers and Greek symbols. If you see her distracted bagging your things at the super, she is not doing anything useful—it is because she is daydreaming of Darcy.
You don’t believe me!? You think it is impossible for her to change this much? From the haughty lecturer to the helpless romantic?  In that case, you can corroborate that I am telling the truth if you read her story at Austen Underground.
China's Story
Posted by Barbara Tiller Cole at 11:40 PM